The ultimate travel experiences in Amsterdam 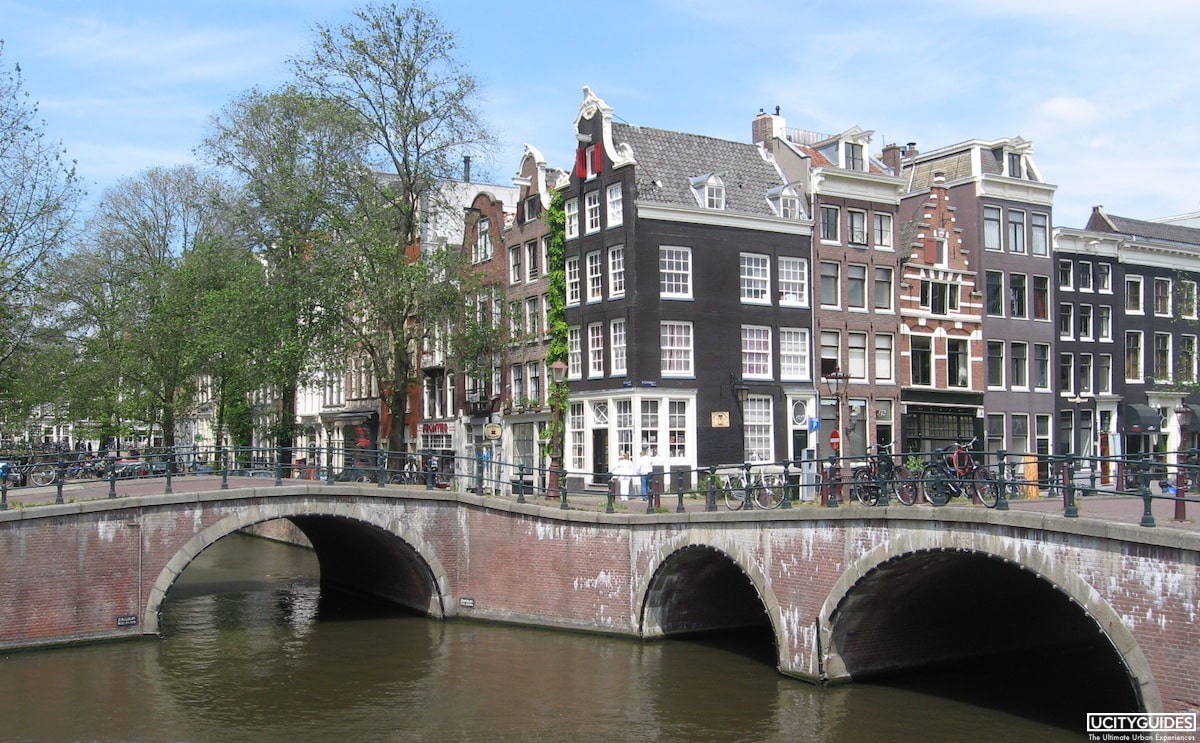 Amsterdam's canals are urban wonders of the world - ©UCityGuides.com

It's easy to see Amsterdam as one big village crossed by canals and footbridges, colorful flower markets, and bike paths, but that's only until you visit its art galleries, see the best of Dutch design, and experience its extravagant nightlife -- then you conclude that this is in fact a big world-class city.
While the first images it brings to mind may be the sex and drugs of its famous red light district, this is also the city of elegant canalside architecture, relaxed cafés, and a live-and-let-live attitude to pretty much anything. So take advantage of that and, in between visiting its art treasures, dedicate most of your time to simply hanging out and absorbing the city's vibrant, welcoming spirit.

What to See and Do in Amsterdam

Decide what you really want to see in Amsterdam based on your interests -- whether that's art, architecture, street life or simply snapping a few photos by the main landmarks. We highlight the best attractions in different categories and, to help you plan, link you to their location on Google Maps () or to their official website or tour options ().

Amsterdam's canals, lined with picturesque buildings, are the city's most distinguishing images, and exploring them on a cruise is one of its most memorable experiences.
Another popular attraction is Anne Frank's House, opened in 1960 and extended in 1999. You can see Anne's famous diary on display, together with many other pieces telling the story of the eight people hiding in the house during WWII.

Stedelijk Museum is Amsterdam's major contemporary art destination, with a superb Dutch photography collection in addition to works by Matisse, Picasso, and Warhol. Next to it stands the Moco Museum, with exhibitions of artists like Banksy, Roy Lichtenstein and Andy Warhol.
Also, in a city with so many great galleries, a particularly interesting one not to be missed is the Torch Gallery, specializing in photography and new media.

The Van Gogh Museum is one of three major museums in Museumplein (Museum Square) - ©UCityGuides.com

Rijksmuseum shows the treasures from the country's Golden Age (by Rembrandt, Vermeer, and Frans Hals among others) together with some exceptional examples of Asian art, while at the Van Gogh Museum you'll find works by the country's most famous artist. He painted hundreds of canvas now hanging in galleries around the world, but you'll see about 200 of them here, together with works by his contemporaries like Monet and Gauguin.

NEMO is a science museum housed in a ship-like building designed by Renzo Piano. Inside, you can learn about the wonders of science through exhibitions, experiments, and gadgets.

The notorious Red Light District is found right in the center of the city, and despite recent attempts to clean it up, you'll still find sex advertised in every corner, from the brothels to the sex shops. The best time to pass by is in the evening, while during the day you should simply wander around the city. Start in Dam Square, where you'll see the neoclassical royal palace and other notable buildings. From there, head to Albert Cuypmarket, a multicultural street market also known for its stroopwafels. Then browse through the world's only floating flower market, Bloemenmarkt, with stalls filled with flowers and souvenirs.
When the sun begins to set, head to Leidseplein, a busy square at night with outdoor cafés, bars, and restaurants.

Amsterdam offers a myriad of shops, boutiques, and markets for every personality and budget. All the well-known chain stores are found down Kalverstraat, the longest and most popular shopping street in the city. For a number of luxury and designer labels, head to PC Hooftstraat. Named after a 16th-century poet, dramatist, and historian, this street is lined with fine boutiques, although locals prefer the original shops spread throughout the Negen Straatjes (Nine Streets) shopping district.
Be sure to not miss the Albert Cuypmarkt which claims to be Europe's longest street market. And if you're in the city on a Saturday, Noordermarkt is the popular farmer's market for organic food and bric-a-brac. On Mondays, head to the Waterlooplein flea market, where the city's young and trendy go for second-hand clothing, old books, and pretty much anything else.

A café is Amsterdam often means a pub and cannabis, and not just a coffee shop or a place to go for brunch. For dinner, fresh local ingredients create international dishes at stylishly-designed restaurants which often share walls with the city's top bars and clubs. In between checking out those fashionable hotspots you'll find other cheaper, simpler ethnic restaurants (from Indonesian to Turkish) where the food is often just as memorable. 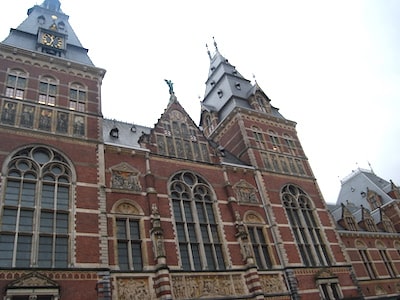 Go on a walking tour, a canal cruise or day trip: