The ultimate travel experiences in the Spanish capital 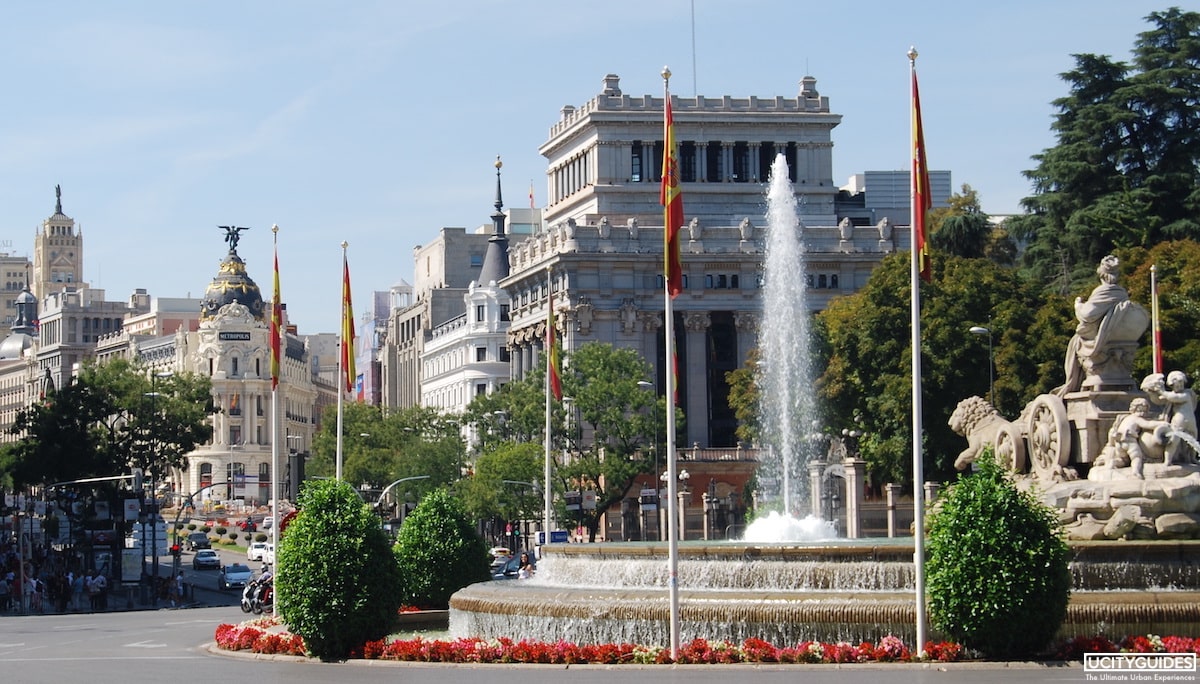 
With its number of world-class museums, outstanding gastronomy, and a passion for the night, Madrid radiates excitement and vitality. This boomtown is one of Europe's major business centers, and competes with its compatriot Barcelona as one of the continent's most joyful cities.
Its irresistible "live for the moment" attitude is its calling card -- even more than its world-famous Prado, Thyssen, or Reina Sofia museums. Madrileños dine at the time when elsewhere you'd be going to bed, and often have breakfast before they go to sleep rather than when they wake up. The city's buzzing nightlife extends until morning and you haven't experienced the Spanish capital until you do the same.
Visit a tapas bar, but don't miss the fantastic new restaurants, and after sitting at a café in one of the grand plazas, head to a trendy-but-laid-back bar.
This feel-good city's energy and vibrancy is contagious.
You've been warned.

What to See and Do in Madrid

Decide what you really want to see in Madrid based on your interests -- whether that's art, architecture, street life or simply snapping a few photos by the main landmarks. We highlight the best attractions in different categories and, to help you plan, link you to their location on Google Maps () or to their official website or tour options ().


The Royal Palace is the seat of the Spanish monarchy, and you can visit its lavishly decorated rooms. The Almudena Cathedral is right next door, built in the 19th century in a very similar style to the royal palace.
Another much-photographed landmark is the grand Puerta de Alcalá, a granite gateway in the middle of Plaza de la Independencia in the center of the city.

The must-see Reina Sofia Museum is housed in a building that used to be a hospital, although an extension by Jean Nouvel has been added. It's where you'll find one of the art icons of the 20th century, Picasso's Guernica. Dali's surrealism is also well represented, as are artists like Miró, Henry Moore, and Francis Bacon.


Filled with masterpieces, the Prado Museum is one of the world's greatest art galleries. Inside an 18th-century neo-classical building you can admire Velazquez's famous Las Meninas or Goya's La Maja Desnuda, together with impressive foreign works.
Another outstanding world-class collection is found in the Thyssen-Bornemisza Museum, with works by Rubens, Picasso, Lichtenstein, Van Gogh, Pollock, Bacon, and others. It is considered the world's most important private art collection, illustrating the history of Western art, from the old European masters to the Pop Art of the 20th century.

The leaning twin towers of Puerta de Europa symbolize Madrid's (and Spain's) economic ambitions toward Europe. They were built in the late 1990s near the Chamartín train station, with an inclination of 15 degrees.
CaixaForum Madrid is the city's most recent contemporary landmark, not only for its contemporary art exhibits, but also for its exuberant façade featuring a fantastic vertical garden with over 15,000 plants.

Stop for a drink at the majestic Plaza Mayor, a 17th-century square with an equestrian statue of King Felipe II in the center. From there, walk down the Gran Via (the city's main avenue) to Plaza de Cibeles, an impressive square surrounded by distinctive buildings such as the city's monumental post office and the 19th-century Banco de España. In the center is a fine sculpted fountain showing Cybele (the goddess of nature) sitting on her chariot, which has now become a Madrid icon.
Chueca is just around the corner, Madrid's hippest neighborhood (and famous gay district) with trendy shops and stylish cafés. After you've done some window-shopping there, you can find more tempting choices down the elegant avenues of the Salamanca district, home to the most luxurious brands, especially down Calle Serrano. To experience some local life, head to the Rastro Market, a ritual of practically every Madrileño and tourist on Sundays. On Sunday mornings you'll also find the city's hippest crowds heading for brunch around Plaza de la Paja, while families spend their afternoon at the elegant Parque del Retiro. That park is also a good stop in between visits to the museums nearby, with a pleasant boating lake.

As you shop in Madrid you'll pass by trendy fashion names next to charming old-fashioned shops looking as they did decades ago. It's a city that loves to shop and offers a variety of places to browse through. It's also an increasingly fashion-conscious city, and the Salamanca district addresses the need for the chic and the latest with its smart boutiques and designer labels.
High-end fashion is concentrated in Calle Serrano, while for the hip high street or unusual fashions your destination should be the neighborhood of Chueca and its Calle Fuencarral and surrounding streets. There you'll find Spanish designers along with familiar brands such as Zara and Mango.
And you can't leave the city without visiting the sprawling El Rastro Market which takes place every Sunday. It's filled with bargains mixed with junk you don't need but that it's fun to see.

Spain's culinary star has recently been Barcelona, but it's in Madrid that you'll find the biggest variety of restaurants, tapas bars, and creative cuisine. Most of Spain's greatest chefs open a restaurant in the capital, and to experience them like the Madrileños do, don't show up until at least 9PM.
Also as the locals do, don't leave the city without sampling a tapas bar at any time of the day, and start your morning with the local delight: the churros, the long doughnuts dunked in chocolate sauce.

Go on a tour of Madrid and take the opportunity to visit the massive Escorial, a sumptuous palace outside the city. You may also take daytrips to some of Spain's most beautiful towns, including Toledo and Segovia. 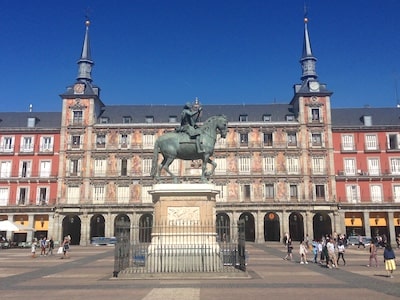 Enjoy free and reduced admission to many of the top attractions: