Top 10 Most Beautiful Countries in the World

Every country has its marvels and breathtaking landscapes, but these ten are blessed with a rare package of outstanding natural beauty and man-made wonders that enhance their territories with everything from beautiful cities to timeless villages, magnificent parks and pristine scenery. They are countries that offer a variety of sights and an abundance of inspiration from man and nature. 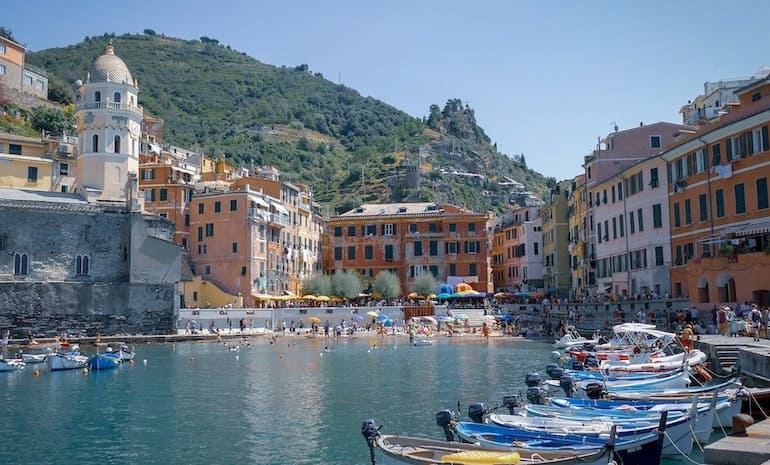 The world's most beautiful city, the most inspiring cultural treasures, and magnificent scenery: Nowhere else in the world will you find a bigger concentration of beauty. There's Venice, Florence and Rome with their varied architecture, the natural masterpiece that is Tuscany with its rolling hills, vineyards and snow-peaked mountains. Then there's the perfect naturalist painting that is the Amalfi Coast or Lake Maggiore and the Alps and you get the sense that no country on Earth offers as much beauty anywhere you turn as Italy.

The most common image of Spain is of the dreadful overdevelopment of the Costa del Sol or of the coastline of some of the Balearic Islands, but Spain is so much more than that. It's perhaps the most diverse country in the world, with everything from white Mediterranean villages to sophisticated urban centers. You won't find a city with a greater sense of individuality than Barcelona, and from the Pyrenees to Andalusia, Spain could serve as the backdrop for any kind of film, book or painting. It's also the world's most seductive country, passionate about living the good life reflected on grand plazas in even the smaller cities, in well-preserved historic centers, and in the smallest of villages perched on hilltops. To top it all off, there are some of the world's grandest, most powerful and incomparable architectural treasures, from the Alhambra to the Great Mosque of Cordoba. 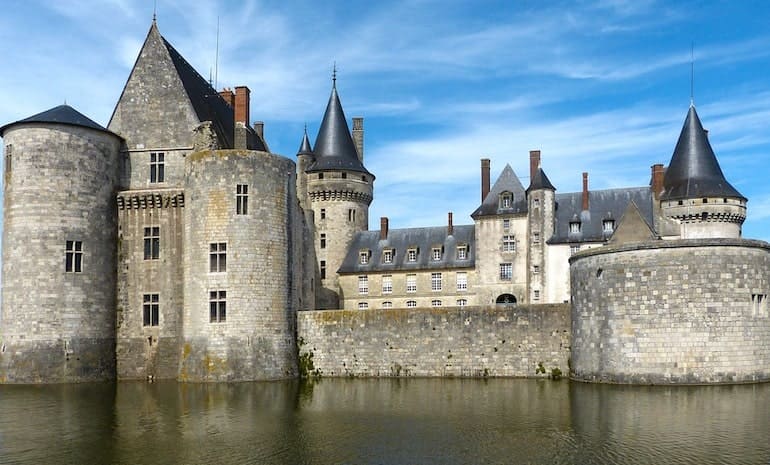 Paris exudes the most perfect atmosphere of cultural grandeur but although the capital gets all the attention, France offers so much more. Villages with abundant Old World charm are all over the country, from around the magnificent Loire Valley to verdant Provence. Then there's the glamorous Riviera and if you want to see the world's greatest palace (Versailles) and museum (the Louvre), here they are. But France is also a country of world-class living in outdoor cafes, in perfectly-preserved towns and in wine-producing regions such as Bordeaux and Champagne. If that's not enough, see the majesty of Mont St. Michel, the numerous chateaux all over the country and the spectacular panorama of the Chamonix valley. 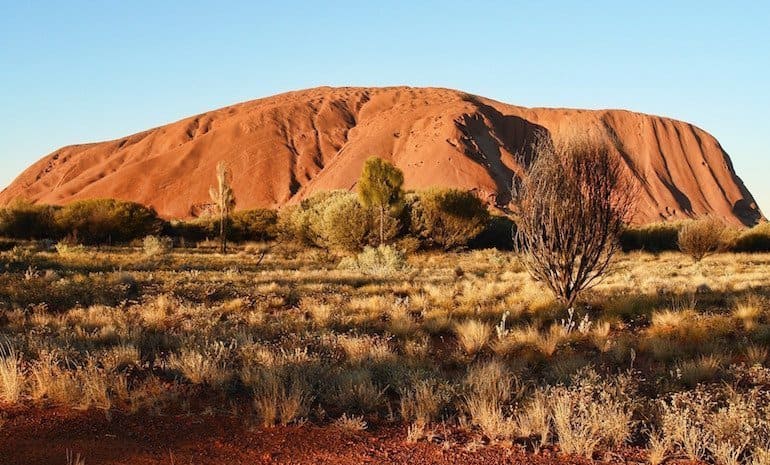 Australia is more than a country, it's a continent and still more than that. It's its own world, from the Outback and the Uluru-Kata Tjuta National Park with its world-renowned stone monolith to the Kakadu National Park. It's in fact wild parks and a wide range of landscapes that make Australia so extraordinary, from the Mornington Peninsula National Park facing the open sea to the Great Barrier Reef that's one of the natural wonders of the world, to the unspoiled tropical Whitsunday Islands, but then there's Sydney and its harbor, one of the most beautiful and iconic urban areas. Australia has it all, to be admired before or after a ride down the Great Ocean Road. 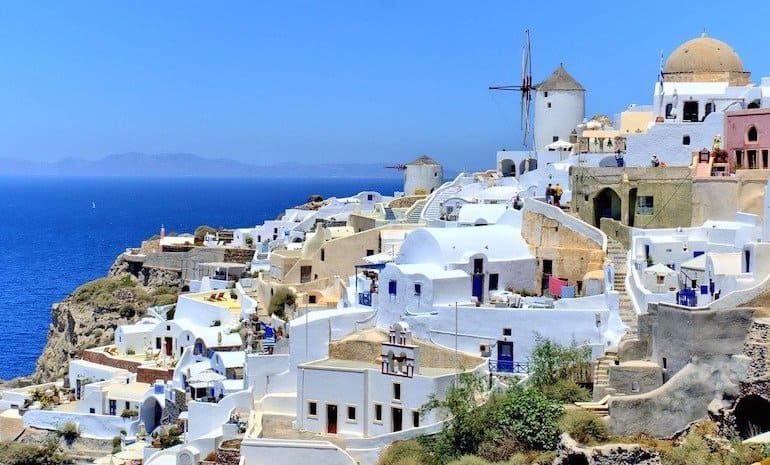 Mykonos beaches, and the Greek islands on the Aegean Sea in general, with their crystal-clear waters, are world-famous for a reason -- they're some of the world's most beautiful. They're the first images of the country, but then there's the majestic Mt. Olympus, extraordinary Meteora, and ancient ruins around the country. While Athens disappoints those looking for aesthetic inspiration, Greece is a country that truly satisfies all the senses, and it's understandable how the idea of so many gods originated here.

For the pristine natural wonders of the volcanic Azores alone, Portugal would be on this list. Then there's the "floating garden" that is Madeira, the dramatic coastline and mystical capes of the mainland, the serene plains of the Alentejo region and its capital Évora, the stunningly-sited medieval vilages of Marvão, Monsaraz and Óbidos, the Peneda-Gerês National Park, the spectacular waves of Nazaré and Ericeira, the golden beaches of Algarve, and the perfect collaboration of man and nature in the magic fantasy of Sintra and verdant Douro Valley. And it's hard to match the scenic beauty and grand riverside settings of the two largest cities, Lisbon and Porto. Everything is in a small scale but when all combined it's impressive how so much diverse beauty somehow fits in such a tiny country that seems to be a favorite of the sun. 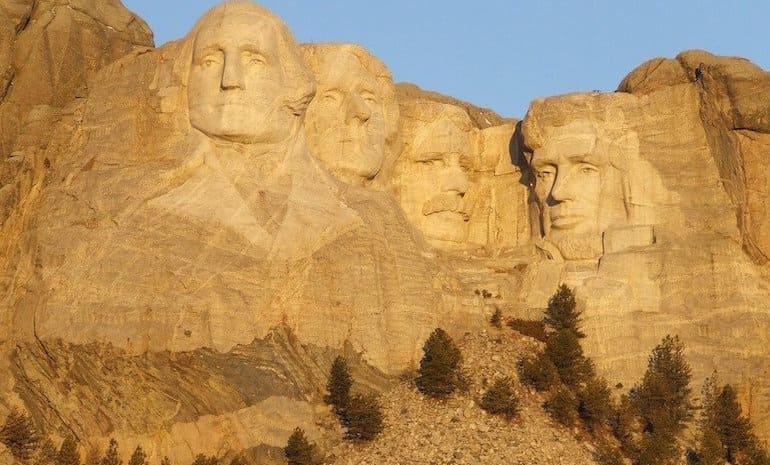 It has the ugliest cities in the developed world linked by shopping mall roads of fast food joints, car lots, billboards, cheap hotels and soulless suburbs (with populations obliviously living the American nightmare), but when it comes to nature, America really is the beautiful. There are the Hawaiian islands, the epic scale of the Grand Canyon, the extraordinarily clear waters of Lake Tahoe, California's Big Sur, the wildlife in Alaska, the breathtaking scenery of Monument Valley or of Yellowstone, Yosemite and the other great national parks, the forestland of the Great Smoky Mountains... The list of natural wonders seems to go on forever and then there's San Francisco to save the country on the offer of beauty in an urban setting. 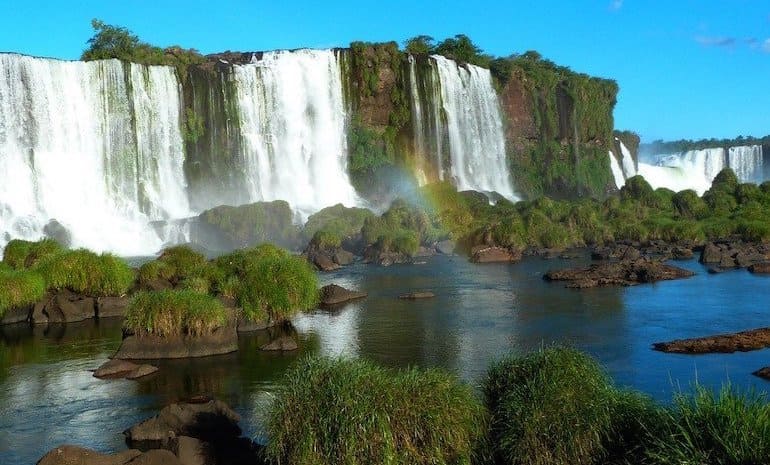 It has one of the world's most beautiful cities (Rio de Janeiro) and one of the ugliest (São Paulo) but Brazil really is blessed by nature. The Amazon is incomparable, impossible to begin to imagine its magnitude, and the horseshoe-shaped falls of Iguaçu regularly watched by a rainbow is one of the world's most breathtaking sights. The colonial baroque architecture of the northeast with their golden interiors mixed with singular traditions give it one of the world's most soulful atmospheres, and if the country's other major cities weren't so bland (Brasilia, Belo Horizonte, Curitiba, Fortaleza, Manaus, etc.), Brazil would actually rank higher on this list. 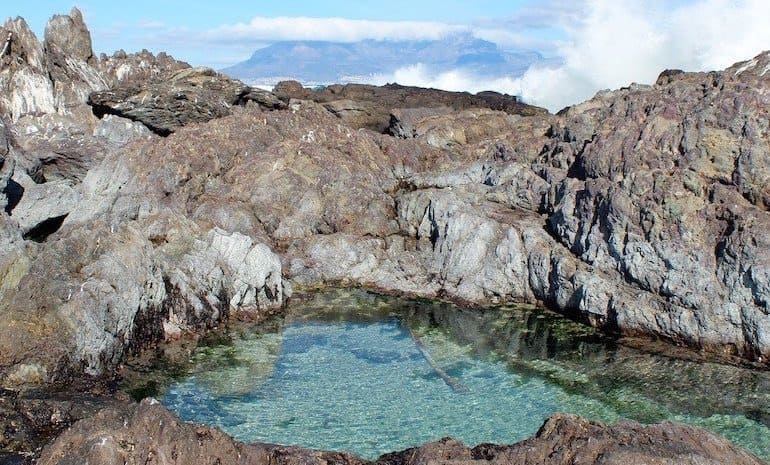 Cape Town is one of the world's most beautiful cities (let's just say it's number 11 on our top 10 list), and the Kruger National Park is one of the most memorable experiences on the planet for anyone who visits. South Africa offers epic diversity of landscapes, from the Blyde River Canyon to the Drakensberg Mountains. With all of that it's almost easy to forget that it's also a country full of problems with a capital city that is best avoided, but escape to the Cape and grab your camera to photograph all in between and you'll be savoring one of the most awe-inspiring territories on the planet. 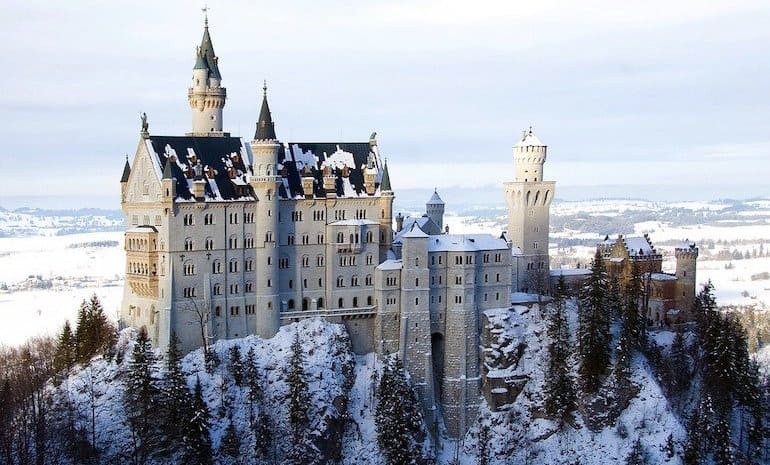 Yes, Germany. Perhaps the world's most underrated country, Germany is a place of fairytales and architectural jewels. They're not necessarily found in the largest cities (Berlin, Frankfurt, Hamburg, or Cologne which are more vibrant than beautiful) but Munich has its charms and smaller cities such as Dresden, Leipzig, Potsdam and Würzburg have been preserved or restored to fairytale eye candy. But the real storybook Germany is found all along Bavaria's Romantic Road with its wealth of unbelievable castles, in the Alps' gorgeous lakes and mountains, in the magical land of the Rhine with its vineyards or in the enchanting Black Forest. Begin to tour the country and you'll discover a land of constant surprises, from the university city of Heidelberg, to old Bremen or Bamberg, to the wonderfully preserved medieval towns of Regensburg and Rothenburg.