The ultimate travel experiences in Zurich


Pretty little rich Zurich is a serene city with a picturesque location by Lake Zurich. As an international financial center, it is also known as a great shopping destination (if you can afford it) and has a growing and vibrant party scene.
It's also very well groomed, with clean, elegant streets inviting for a stroll and a prolonged stay. You can see most of the city by walking through its pedestrianized medieval center, admiring well-preserved houses and church spires. Follow that with a cruise on Lake Zurich and a drink at one of the cafés that fill the cobblestone streets.

What to See and Do in Zurich

Decide what you really want to see in Zurich based on your interests -- whether that's art, architecture, street life or simply snapping a few photos by the main landmarks. We highlight the best attractions in different categories and, to help you plan, link you to their location on Google Maps () or to their official website or tour options ().

The twin towers of Grossmünster are Zurich's most recognized landmark. This church was first built in the 12th century, and is a mostly romanesque construction, although its stained glass windows are actually modern additions from the early 20th century.

Monet, Munch, Rodin, and Van Gogh are just some of the artists represented at the Kunsthaus Museum. It's Zurich's most important museum and, in addition to old masters, there is also a significant collection of modern art which includes works by Dali, Matisse, and Picasso. 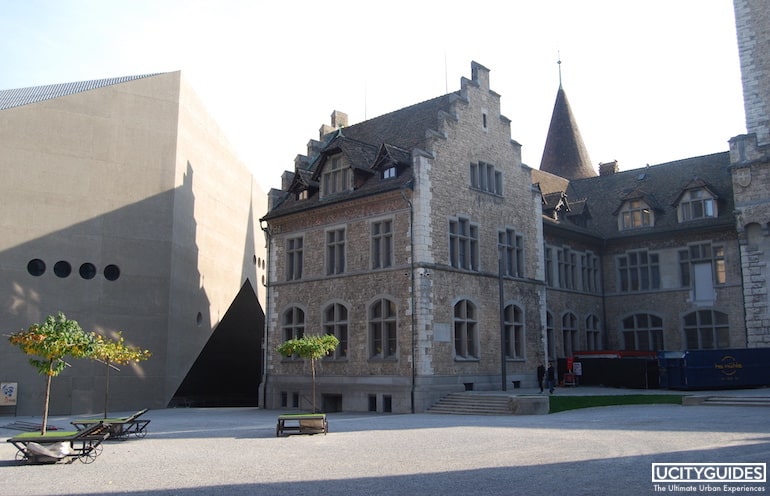 
The Swiss National Museum presents the cultural history of Switzerland from prehistory to the present. In its permanent exhibition you will see everything from armory, to ancient decorative pieces, to gold archaeological treasures.
The Museum Rietberg is also worth a look, a mansion showcasing African, Asian, and other non-European art. It includes one of Europe's most important collections of Chinese art, and masterpieces from West and Central Africa.

Fraumunster is a church founded in the 9th century but (re)built over the years. Its most famous feature is its large stained glass windows, installed in 1970.
St. Peter's Church is another important monument in the city, with its foundations going back to the 8th century. The nave was rebuilt in the gothic style in the 15th century, while its steeple's clock was added later. With a diameter of 8.7 meters (29 feet), it's said to be the largest church clock in the world. 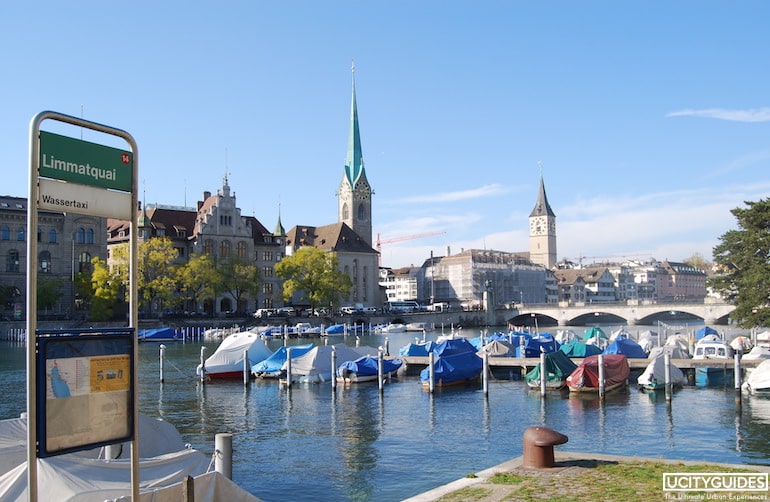 
The main activity in Zurich is shopping down Bahnhofstrasse. That's one of the most exclusive and expensive shopping avenues in the world, and you must at least do some window-shopping even if you can't afford or don't plan to buy anything. Walking down the Limmatquai promenade is another favorite attraction, but best of all is taking a couple of hours for a Lake Zurich cruise.

Shopping is the one true must-do in Zurich. It's home to Bahnhofstrasse, which is known as one of the most exclusive streets in the world, and the country's watches and chocolates are world-famous. Almost everything is expensive, but since you'll spend quite some time shopping you'll surely be tempted to get something and may even end up finding a decent deal.

What you eat at a Zurich restaurant depends on its age. You'll get a menu listing rich (mostly meat) dishes at the oldest, most traditional places, while the more recent and trendier restaurants offer lighter meals inspired by the various cuisines of the world. New or well-established, Zurich restaurants do have something in common -- they are not exactly cheap but what you'll find on your plate will generally be quite good. 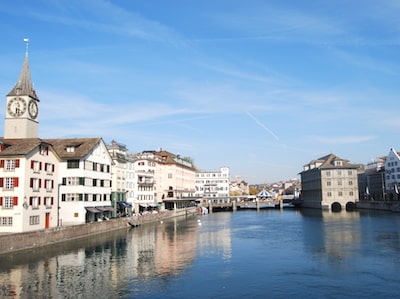 Go on a walking tour, on a cruise or day trip: