The ultimate travel experiences in the city of entertainment 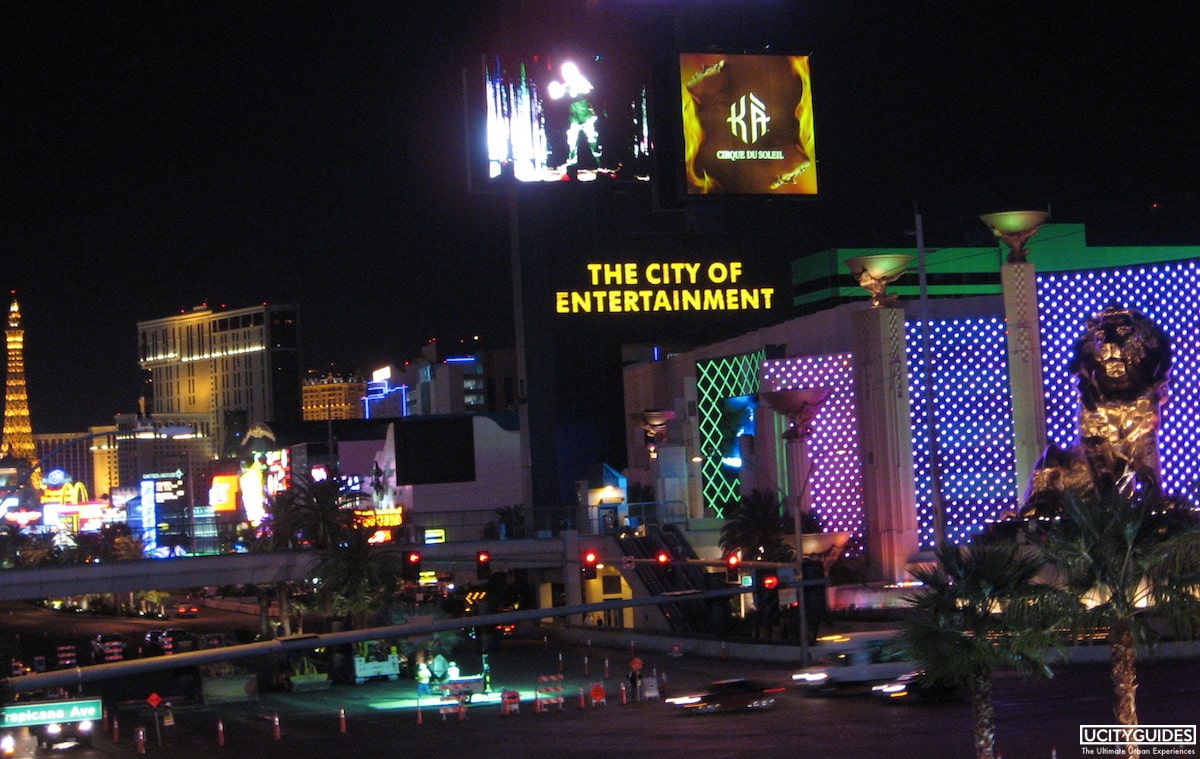 
Las Vegas is a glowing neon-lit theme park of a city in the middle of the desert. Designed as an outrageous playground for adults, it manages to be the tackiest place on Earth while at the same time being oh-so-glamorous and exciting.
You can live the high life in this 24-hour city, walking or limo-riding past replicas of the world's most famous sights -- the Eiffel Tower, the Statue of Liberty, the Pyramids of Egypt, or the canals of Venice -- on your way to indulgence and decadence.
Las Vegas is all about "the strip" -- meaning Las Vegas Boulevard, the strip joints off that main avenue, and stripping yourself of any inhibitions or restraints. You'll spend more than you know you should at the opulent, showy casinos, and their attractions are not just the gaming tables. They are also hotels, shopping malls, clubs, and entertainment venues presenting spectacular concerts and often stunning shows.
This is a place where reality is skewed and takes you through a fantasy land. Whatever adventure you choose to experience in it is sure to be unlike any other in any other city.

What to See and Do in Las Vegas

Decide what you really want to see in Las Vegas based on your interests -- whether that's casino shows, architecture, or simply snapping a few photos by the main landmarks. We highlight the best attractions in different categories and, to help you plan, link you to their location on Google Maps () or to their official website or tour options ().

Even if you're not planning to get married, take a look at the legendary Graceland Chapel. That's where many (in)famous weddings have taken place, and you can snap a picture by it or see "Just Eloped" couples coming out of it.

The most striking images of Las Vegas are its mega-casino hotels housed in replicas of the world's most famous monuments. The Eiffel Tower of Paris Las Vegas is now also a Vegas landmark, while The Venetian recreates the romance of Venice, complete with the Grand Canal and gondola rides.
Another part of Italy is found at Caesar's Palace, which celebrates ancient Rome, except its Colosseum now hosts major international artists instead of gladiators.

Las Vegas is The Strip, an approximately 4 mile (6 km) section of Las Vegas Boulevard South. That's where you'll find many of the world's largest hotel-casinos and resorts, all making the city look like one adult theme park. Walk down the boulevard from The Wynn to the Mandalay Bay, and you will see all of the city's major sights.
At night, check out one of the spectacular shows or concerts taking place inside the casinos. 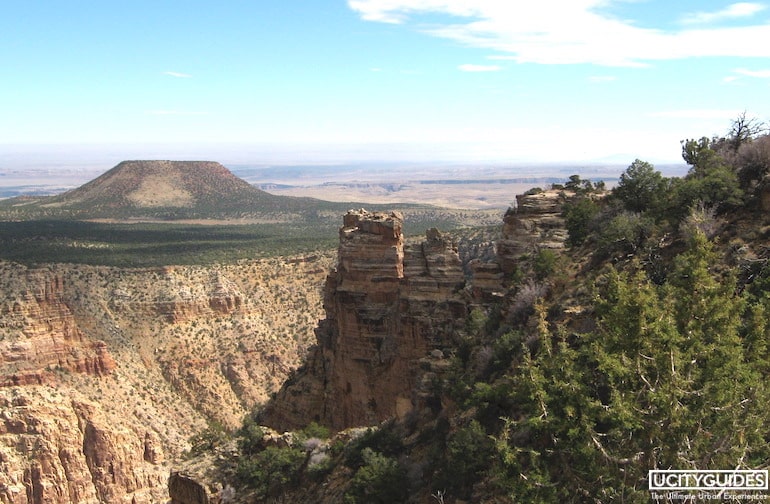 
Go on a tour of Las Vegas, and if you're like many visitors to the city who also take advantage of its proximity to some of the United States' most spectacular natural and man-made sights, go on a daytrip. A popular activity is taking a helicopter to the Grand Canyon, and see some of the world's most stunning scenery.
While the Grand Canyon was carved out by nature over a six million year period, the Hoover Dam was man-made. It was completed in 1935, becoming the world's largest concrete structure and the world's largest electric-power generating station at the time.
Man also interfered in nature with the creation of Lake Mead, the largest man-made lake and reservoir in the United States. It is found approximately 30 miles (48 km) southeast of Las Vegas and can be seen on a cruise.

The world's top designers have all felt the need to open up a shop at one of Las Vegas' mega resort malls. Look for them at the Forum Shops at Caesar's Palace (a recreation of an ancient Roman marketplace), and if you're a real fashion addict you can spend an entire day just browsing Via Bellagio or The Wynn's shopping strip.
The Grand Canal shops at The Venetian are also not to be missed, especially if you're not looking to splurge on luxury brands. Here you'll find more affordable labels typical of a shopping mall, and you can go for a gondola ride once you've shopped 'til you dropped.

Thanks to the new status-conscious luxury resort-hotels, the Las Vegas restaurant scene has gone through a phenomenal change. Almost overnight, Vegas now competes with the world's major food cities, attracting celebrity multi-Michelin-starred chefs to create menus for the big-bucks restaurants. If you can't splurge on those fine dining destinations, expect diminished quality at other hotel restaurants, often not worth the above-average prices and with long lines for their buffets.
Travelers looking for budget options find more affordable (but completely uninspired) restaurants at the food courts around the shops of resorts like Caesar's Palace or The Venetian. 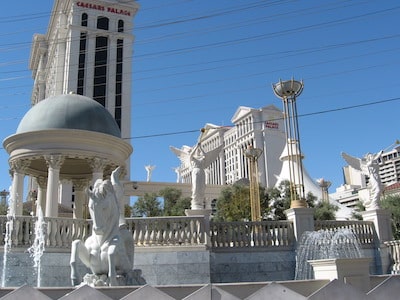 Enjoy free or reduced admission to many of the top attractions, and get a complimentary guidebook:

Hop on a sightseeing bus, go on a walking tour or day trip: