Home > Top 10 > Most Beautiful Cities in the World

Need some travel inspiration? Can't decide where to go? How about one of the world's most beautiful cities? If you're looking for a destination with urban pleasures but also with natural and man-made beauty, consider one of the cities below. They offer a combination of magnificent architecture and breathtaking vistas; art and nature in perfect harmony. If you want to make a list of the top places to see before you die, start with these beautiful cities. 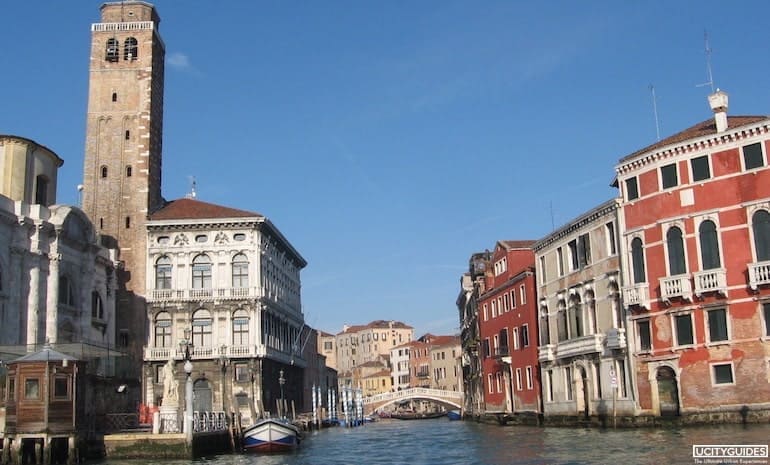 Among those who've seen it in person, the conclusion is unanimous: Venice is the most beautiful city in the world, and the only one that can truly be described as unique. Each building is a work of art, with their beauty enhanced when reflected on the canals that cross the city. Its magical scenery is fascinating and breathtaking at first sight, evoking the feeling of entering the setting of a real-life fairy tale. It's perhaps even unfair to all other cities to call Venice a city, as it is a place unlike any other, that no other can compare to, or ever be like.
See the Venice City Guide 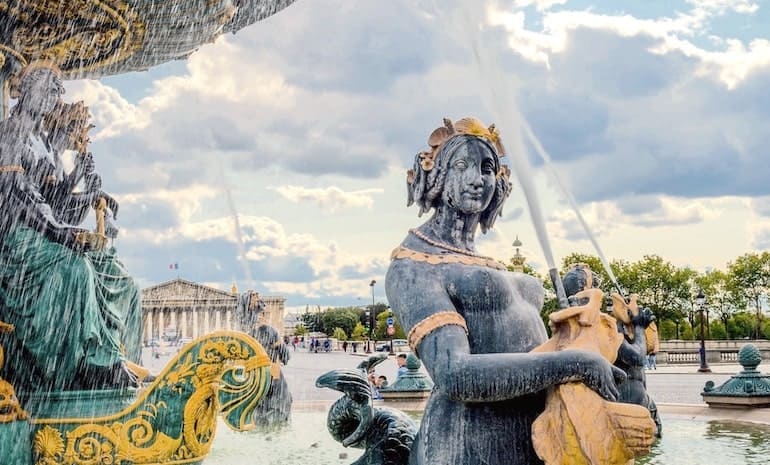 The Seine and the bridges that cross it, the grand boulevards, the monumental squares, the magnificent monuments, the charming streets of Montmartre -- these images of Paris confirm that it is indeed the most elegant and sophisticated of all cities. It has inspired practically every major world capital, with every city claiming its own Champs-Elysèes, and Place des Vosges becoming the prototype of residential squares throughout Europe. Sit at an outdoor café table or go on a boat tour of the Seine and see it all romantically flash before your eyes.
See the Paris City Guide 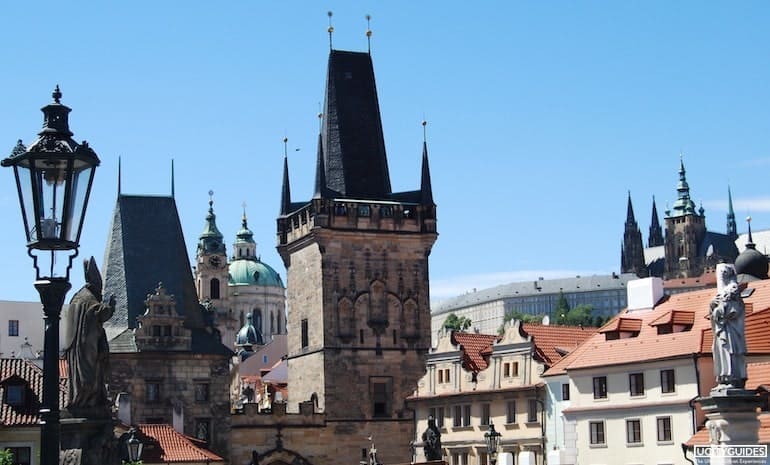 It's known as the city of the thousand spires because of its profusion of grand, beautifully-preserved historical monuments dating from practically every period in history. Those spires are best admired from the bridges that cross the Vltava River, especially from the magnificent Charles Bridge, or standing in the stunningly beautiful Old Town Square. Add the atmospheric alleyways and cobbled streets that lead to it, and you know that few other cities delight the senses as much as Prague.
See the Prague City Guide 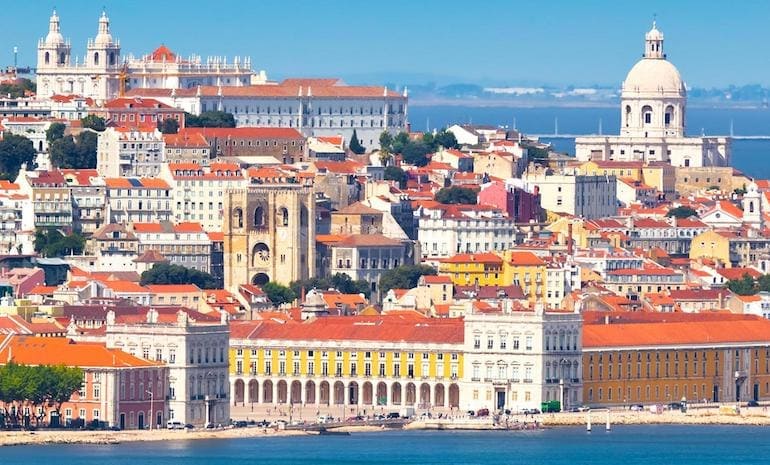 Magnificently sited on a series of hills running down to the grand Tagus River, Lisbon is one of the world's most scenic cities. Beautiful unexpected views are found at every turn down its colorful, picturesque streets, and especially from strategically-placed viewpoints or terraces at the top of each hill. The city has an unpolished, seductive appearance; an effortless beauty with captivating details such as cobbled designs, tiled façades, and pastel-colored buildings blending together to give it a singular atmosphere now lost in so many other cities. In such a stunning place, it's no wonder that many of the world's great explorers questioned what other beauties lied beyond the horizon when they departed from here in the 15th century. Add the beautiful beaches on its coast, and you have one of the world's most alluring city break destinations.
See the Lisbon City Guide 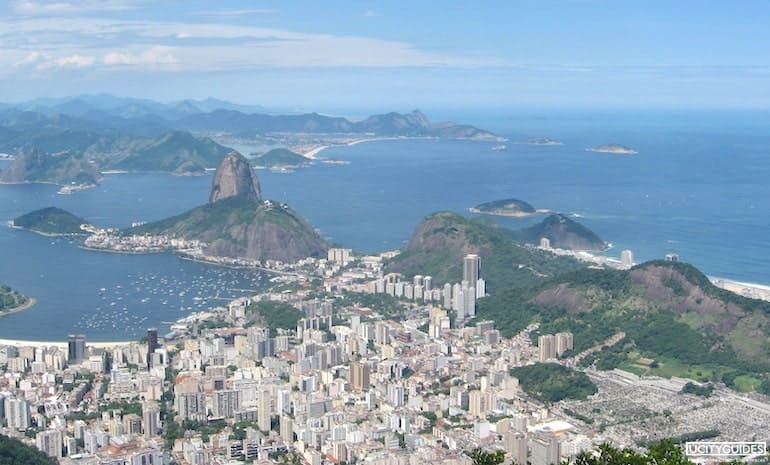 There are those who say God created the world in six days and devoted a seventh to Rio. The city is indeed blessed with one of the most stunning settings in the world, making it the most naturally beautiful city in the world. Even if it was deserted of buildings and population, anyone standing at the top of the famous Sugarloaf Mountain or by the Corcovado statue would see one of the world's most beautiful landscapes. Green, tropical luxuriance mixes with the blue of the ocean and the brightness of the sand at the beaches, proving that this is indeed "the marvelous city" as locals call it.
See the Rio de Janeiro City Guide 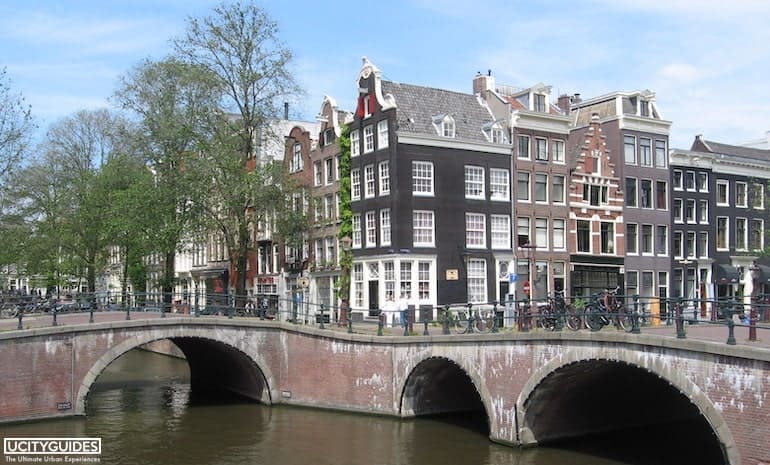 Each of the thousands of buildings that line Amsterdam's main canals can be classified as a monument, beautifully kept as apartments, offices, cafés, restaurants, and even brothels. All together they form an aesthetic uniformity that make the city one of the most charming in the world, a stunning place of bridges and bikes crossing canals, picturesque cobbled streets, and strikingly elegant architecture.
See the Amsterdam City Guide

Florence is synonymous with the Italian Renaissance, known for the artistic heritage in its palaces and museum collections. Yet with all the beauty both inside and outside its palazzi's walls, it is the city as a whole that impresses the most. See it from Piazzale Michelangelo, a 19th century terrace overlooking the entire city, and you'll be looking at one of the most storybook-perfect cityscapes. You'll see its unspoiled skyline, the towers and domes of the heart of the city, its bridges, the hills in the distance, and the magnificent Duomo standing in the middle of it all. Few other places in the world will leave you as awestruck.
See the Florence City Guide 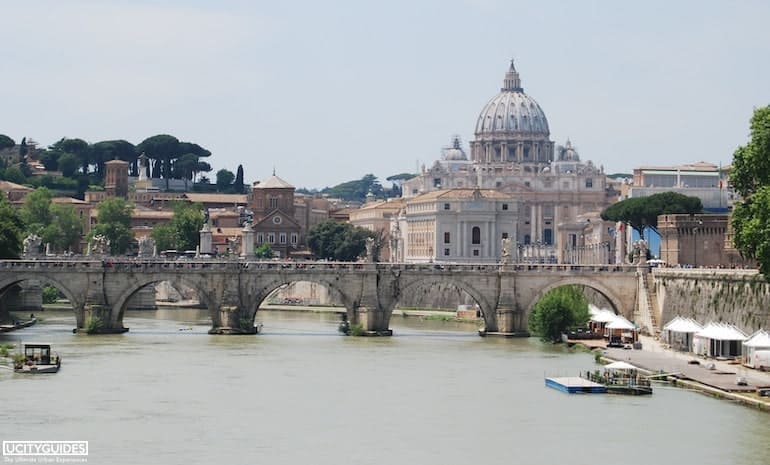 The city standing on seven hills by the Tiber River is a treasure-trove of monuments among some of the most beautiful squares and classical architecture in the world. Because everyone visits Rome for its landmarks, its picturesque streets are often overlooked, such as those of the Trastevere district, filled with charming lanes, faded palazzi, and lovely homes decorated with flower boxes. It is on streets like those that Rome proves itself to really be eternal.
See the Rome City Guide 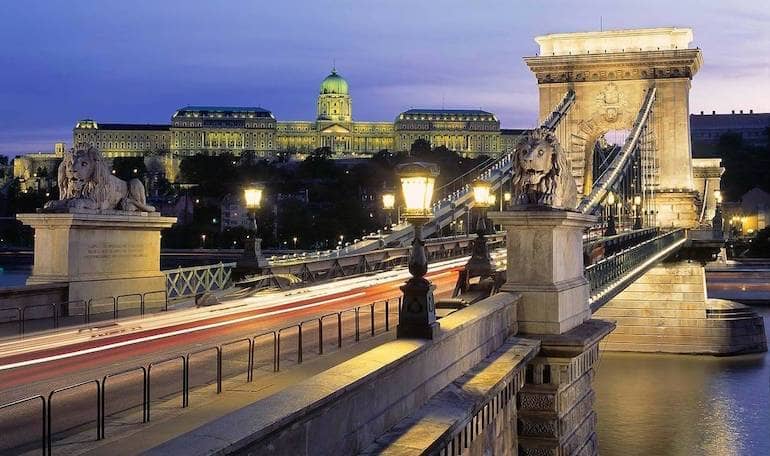 Split in two by the Danube River, Budapest is the result of the merging of three cities. Buda is the hill with the royal palace and an old town filled with baroque and gothic monuments looking over the mostly-19th century Pest, crossed by broad avenues lined with elegant neo-renaissance buildings. Admire its setting and remarkable architecture (including the stunning Parliament Building) from the monumental Chain Bridge, and step into the old town for some of the most romantic lanes you'll ever stroll through.
See the Budapest City Guide 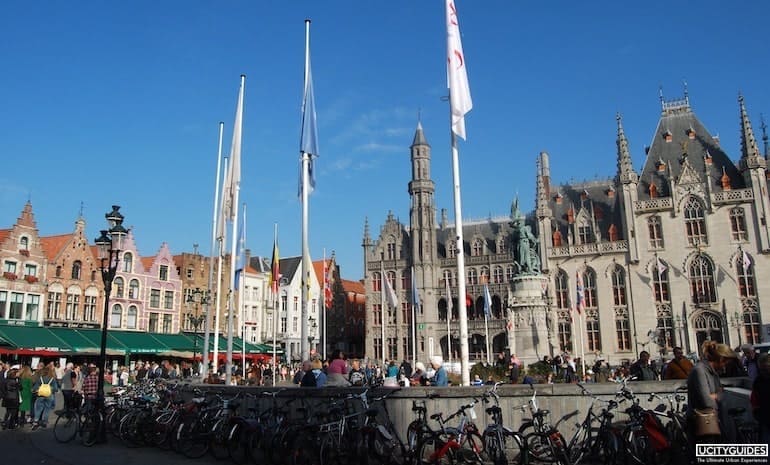 It's a small city, in a small country, hardly a metropolis, but huge on beauty. It's one of the world's best preserved medieval cities, filled with gothic and baroque monuments surrounded by an oval canal and extraordinarily romantic cobbled lanes. It's no wonder that it is one of Europe's most visited cities, helped by its location in the very center of the continent. It's an unmissable destination when in Brussels, and easily accessible from anywhere in central Europe. Its combination of gorgeous architecture and pretty, peaceful spots crisscrossed by canals make it one of the most magical sites to be experienced in the world.
See Tours of Bruges