The ultimate travel experiences in Europe's most cosmopolitan city 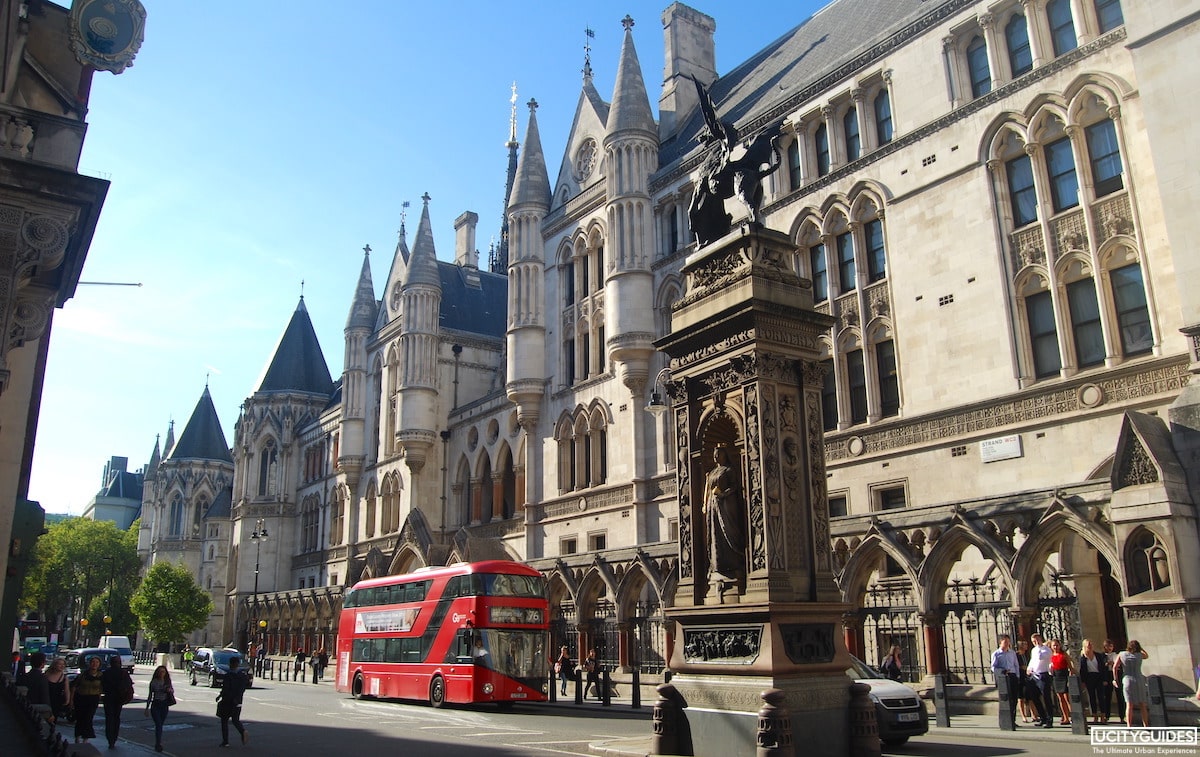 
The most international, cosmopolitan, and populous European metropolis has reinvented itself for the new millennium. With a number of new architectural landmarks (the London Eye or the Gherkin are just two examples) and revived neighborhoods like the East End or the South Bank, it has reaffirmed itself as one of the most dynamic and culturally influential global cities.
Essentially a capital resulting from merged villages, London has no one heart, but many centers -- the tourist in Westminster, the financial in The City, the shopping in Knightsbridge, Mayfair, Camden Town, depending on your mood, wallet, and personality. London's many faces and subcultures are what guarantee that anyone who visits will not leave disappointed. All the latest trends, styles, music, or edgy youth culture are found and often born here, placing London in a leader position in the international creative scene.
London thrives on its complexity and diversity, offering an incredible range of galleries, theater, cafés, restaurants, and bars, not to mention markets and shopping. They can all be exciting, extraordinary, and often expensive experiences, and in a visit to a city that's got it all, exhilarating.

What to See and Do in London

Decide what you really want to see in London based on your interests -- whether that's art, architecture, street life or simply snapping a few photos by the main landmarks. We highlight the best attractions in different categories and, to help you plan, link you to their location on Google Maps () or to their official website or tour options ().

London's most famous landmark is Big Ben, the clock tower of the Houses of Parliament. Within walking distance is one of the most famous addresses in the world, 10 Downing Street, the official home of the British prime ministers since the 18th century. Buckingham Palace is the official royal residence, and you may visit it on a guided tour. It's your chance to take a look at the royal art collection in the State Rooms, which includes works by Rembrandt, Rubens, and Canaletto. The English kings and queens are crowned at the Gothic Westminster Abbey, the city's oldest church. It is also the resting place of the British monarchs and contains an impressive collection of tombs.
Westminster Cathedral with its Byzantine appearance and colorful mosaics is also worth visiting, although the city's main cathedral is St. Paul's. It is Europe's second largest, and its dome (which provides fantastic city views) still dominates London's skyline (go on a private tour of St. Paul's Cathedral).
You may admire many of the city's landmarks from the Tower Bridge, a 19th-century construction that is one of the city's icons. After taking a look at its pinnacled towers, step inside for the interactive displays bringing its history to life. 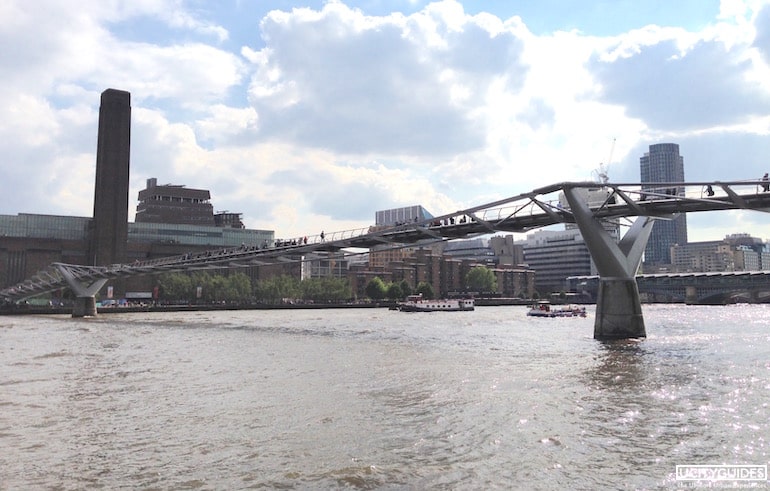 
Herzog & De Meuron transformed a power station into the Tate Modern, an exciting museum of international modern art. Its 20th-century collection is one of the best in the world, going from Auguste Rodin's "The Kiss" sculpture to pop art to 21st-century artists (go on a private tour of Tate Modern).
Another popular destination for modern art is the Serpentine Gallery, located in a 1930s tea room in Hyde Park. Check the website for the current exhibition.
The Design Museum is also worth a look, the first in the world dedicated to design. You'll see furniture, housewares, and office equipment in the permanent collection, together with temporary exhibitions of international design.
The ICA (Institute of Contemporary Arts) is also an interesting stop for those who enjoy contemporary culture. It showcases a wide range of art forms, with lively exhibitions and events covering visual arts, music, and film.

The National Gallery housed inside a grand neo-classical building includes works by Leonardo da Vinci, Diego Velasquez, and Rembrandt. It is one of the most important museums in the country, but if you only have time for one museum in London, make it the British Museum. It attracts millions of visitors every year, with an outstanding collection stretching from prehistory to the present times. The major highlights are the extraordinary sculptures in the Egyptian and Greek collections (go on a private tour of the British Museum).
Another major collection is that of Tate Britain, formerly called Tate Gallery before the opening of the Tate Modern (see above). This is a space dedicated to British art, with the collection showing works from the 16th to the 21st century (including examples by Francis Bacon, David Hockney, and Henry Moore). (Go on a private tour of Tate Britain)
Also outstanding is the Victoria and Albert Museum, home to the world's biggest collection of decorative arts. Favorite exhibits include the dress collection from the 17th century to the present, the rooms filled with Victorian decorations, and the greatest collection of Indian art outside India.

The Tower of London is the city's most visited site, a medieval fortress that houses the precious crown jewels and a collection of armor (skip the line -- get your Tower of London tickets here.)

The London Eye is a technological masterpiece attracting millions of visitors to the banks of the Thames since it opened in 2000. It's a giant ferris wheel offering spectacular city views from its 32 capsules holding up to 25 people each (get your London Eye tickets here).
The city's skyline is also dominated by Norman Foster's skyscraper 30 St Mary Axe ("The Gherkin"), a London icon since 2004. The same architect is also responsible for the City Hall building, shaped like a giant egg.
Another modern landmark is the Millennium Bridge, a steel suspension bridge opened in 2004 for pedestrians to cross the Thames. It's a scenic way to go between the Tate Modern and St. Paul's Cathedral. 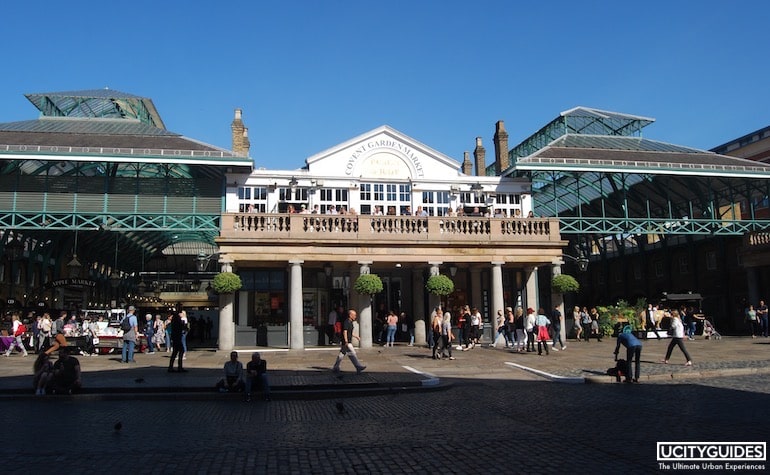 
London is one of the world's top shopping cities and even if you don't plan to do any shopping you must experience its markets and shopping streets. Do some window-shopping in Knightsbridge and walk around Covent Garden's Piazza and central market before heading to Camden Market. In Covent Garden be sure to walk down the attractive traffic-free Neal Street and Neal's Yard, and in Camden expect to see all kinds of merchandise, from vintage fashion to furniture.
Pass by Piccadilly Circus at night, marking the entrance to the cosmopolitan Soho district with its famous, dazzling neon displays. From there you can walk to Trafalgar Square, the city's meeting point for rallies and public meetings, and known for its fountains and lion statues.

Shopping in London is a much more enjoyable experience than anywhere else (including the other top shopping destinations of the world, New York, Paris, and Milan). That's due to the variety found in its vibrant street markets, alternative fashion boutiques, and luxury department stores. Discerning shoppers will always find something special there, or as they walk down some of the world's most exclusive shopping areas, from the designer-label zones of Sloane Street and Knightsbridge (home to the world-famous Harrods), to Oxford Street, to Bond Street, and pretty much anywhere in Mayfair.
Brand names tend to be more expensive here than anywhere else, but take advantage of the many sales to pick up bargains. The city is also a mecca for funky urban streetwear styles, with Camden getting packed on Sundays with young crowds looking for vintage wear. The day before they were probably at the Portobello Market in Notting Hill, everyone's Saturday destination for fashion, antiques, and fresh fruits and vegetables. Fresh produce is also found at Covent Garden, along with specialist foods and gifts. Then there's also Alfies for antiques, and Brick Lane for just about anything.

London's cosmopolitan population has brought a variety of ethnic cuisines to the city and you can now find an excellent range of food in all kinds of settings. Londoners are always looking for something new, flocking to the latest offerings from celebrity chefs, and setting high standards for the food. That means that in order to stand out from the competition, restaurants use fabulous interior design and continuously innovate their menus. The result is some of the best top-end restaurants in the world, high prices, and the need to book your table well in advance.

Go on a tour of London by bus, walking, or on a privately-guided trip, or leave the city on a day trip to nearby attractions such as Stonehenge. 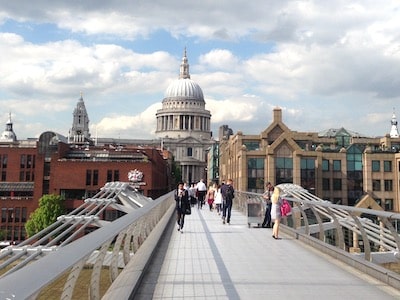