The ultimate travel experiences in Vienna 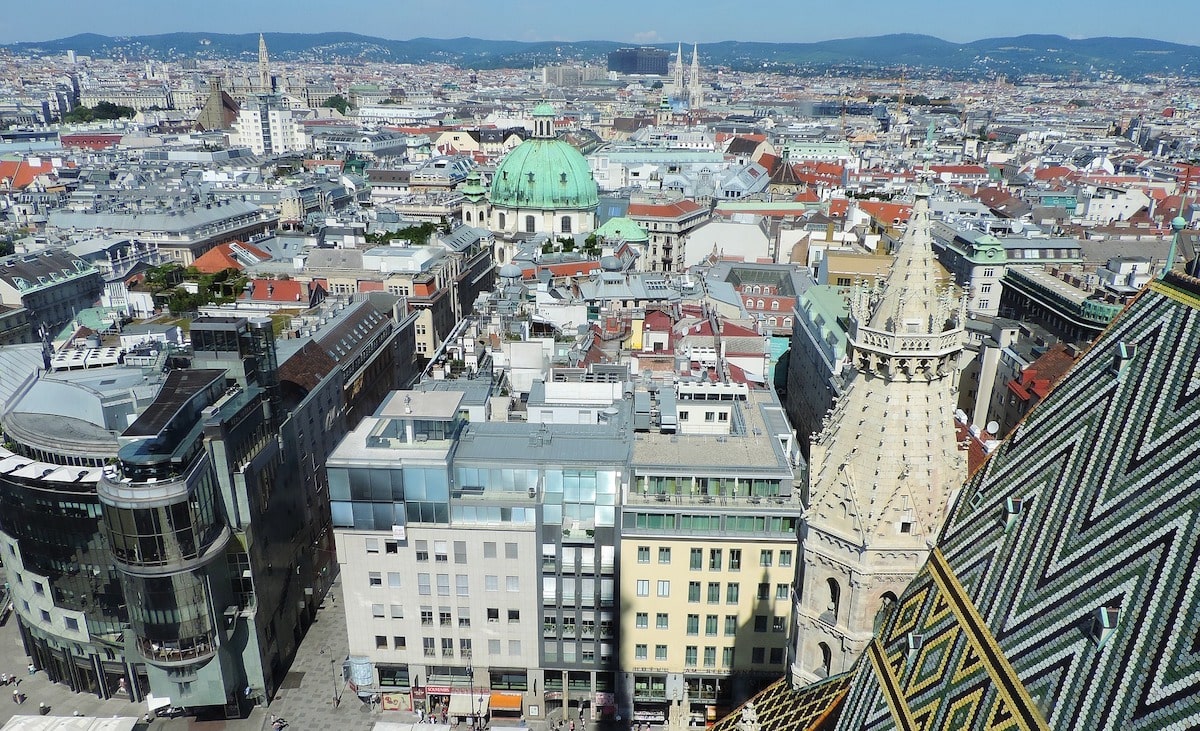 View of Vienna from the cathedral


The Austrian capital is an architectural testament to imperial grandeur. With grand baroque palaces and stately boulevards, there's a certain nostalgic regal air that can even feel a little intimidating. It's a city where urban life is lived at a slower pace, with mandatory daily stops at the legendary coffee houses or modern cafés, for their divine pastries and cakes. They're housed in glorious ornate buildings that once also saw many of Europe's greatest musicians pass through their doors (Mozart, Beethoven, Schubert, Haydn, Strauss...), making Vienna the world's classical music capital. Naturally, it is also home to world-class orchestras, as well as incredible art collections.
MuseumsQuartier is one of the world's largest art complexes, displaying the more contemporary side of the city, including the MOMUK Museum of Modern Art alongside other superb museums. Also worth checking out is the Blickfang annual design exhibition that features fashion, furniture, and jewelry.
The city also offers chic shopping opportunities, and a growing number of hip bars and pumping clubs, making Vienna turn out to be more inspiring than intimidating in the end.

What to See and Do in Vienna

Decide what you really want to see in Vienna based on your interests -- whether that's art, architecture, street life or simply snapping a few photos by the main landmarks. We highlight the best attractions in different categories and, to help you plan, link you to their location on Google Maps () or to their official website or tour options ().

The gothic St. Stephen's Cathedral is Vienna's most prominent landmark, located in the heart of the city and offering wonderful views from the top.
From there you can walk to Hofburg Palace, the lavish imperial palace with a glorious interior open to the public. Schloss Schönbrunn Palace is just as magnificent, known for its splendid baroque gardens and the world's oldest zoo. It was the royal summer residence, and you may visit the stunning rococo interior.
The splendid Belvedere Palace is home to the Austrian National Gallery, which displays the most important paintings of national artists. Outside there are vast French gardens with numerous statues, including the outstanding Eight Muses and the Sphinxes.
The striking Karlskirche Church is another Vienna icon, an impressive baroque construction with a large dome and two minaret-like columns on both sides.
Staatsoper is equally grand. It's the city's opera house and worth going inside not just for its performances, but also to see the majestic staircase of the entrance hall.
The Secession Building also stands out for its architecture (a magnificent art nouveau building using only white and gold), as does Neues Rathaus, the impressive neo-gothic town hall that's spectacularly floodlit at night.

The Museumsquartier shows the more contemporary side of Vienna, a former riding stables transformed into a cultural center housing a number of museums. One of them is the Leopold Museum, a private collection of 19th-century and modern Austrian art acquired by the state in 1994. The Austrian Museum of Architecture (commonly called the "AzW"), is also located on the site, and should be a stop for those interested in urban planning and modern architecture. It includes an extensive archive and library, and presents an overview of Austrian architecture from the 19th century to the present.
For the city's best modern art head to the MUMOK - Museum of Modern Art, which includes a significant collection of Pop Art represented by Warhol, Rauschenberg, among others.
If you enjoy that, you also shouldn't miss the MAK - Museum of Applied Arts, displaying furniture, decorative pieces, and textiles from the Middle Ages to the present. You're able to see the evolution of design through its collection, and there is also a contemporary art exhibition space and a shop selling items by local designers.

The Kunsthistorisches Museum has a remarkable collection, one of the world's largest of European masters. It was assembled by the Habsburgs, and includes works by Rembrandt, Durer, Rubens, and Velazquez, together with Greek and Roman antiquities.

Hundertwasserhaus is one of the city's most interesting sights, an unconventional apartment building characterized by different colors and rooftop gardens. It opened in 1986 and has become one of Vienna's most-visited landmarks due to its fairy tale-like appearance.

To see some of the city's most monumental architecture go down Ringstrasse, one of the world's most elegant boulevards. You can walk or take trams 1 or 2 which run the length of the avenue. Also pass by the colorful Naschmarkt, Vienna's largest market with hundreds of stalls selling produce, flowers, meat, and fish, while on Saturdays there's also a flea market.

Vienna's elegant shops are not for those looking for bargains. But you'll love shopping in this city if you like top-quality products, especially interior design. Those shops are scattered around the city, while for the high street fashions everyone heads to Mariahilfer Strasse, the busiest shopping street in town. Big crowds are also found on Kärntner Strasse, home to more expensive (and higher-quality) shops.
Unmissable for anyone is the Naschmarkt, the city's largest and most famous market mixing fruits, vegetables, and local and international specialties.
For one-stop shopping head to Ringstrassen Galerien, a rather expensive shopping center with designer clothes and gourmet products. For cheaper and middle-of-the-range labels, the Gerngross department store is the place to go. Most popular of all is the Steffl, located in the center of the city. This department store has most of the designer names you can think of, but also home décor, cosmetics, fragrances, and great views from the top floor.

You haven't experienced Vienna until you go to a kaffeehaus. After your coffee or sachertorte (the city's famous chocolate cake), you could go for the wiener schnitzel for lunch (the traditional veal scallops specialty), but you don't have to -- Vienna's culinary renaissance has brought it influences from around the world, and there is a variety of menus throughout the city.

Go on a tour of Vienna, taking advantage of organized sightseeing, so you don't miss the most important sights -- and can also take day trips to nearby attractions.
The city's location in the center of Europe enables you to reach other European capitals quite easily. Budapest and Prague can even be visited on a day trip. 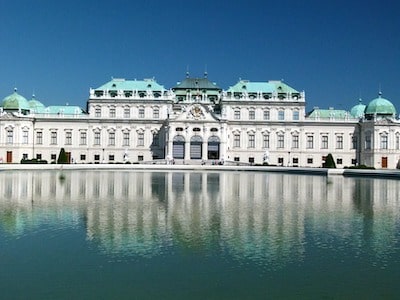