The ultimate travel experiences in Dublin


The Dublin of the new millennium is a shiny, pulsating city with an increasingly multicultural and cosmopolitan population. New cafés and bars constantly open in its cobbled streets, joining antique jewelry shops, boutiques, galleries, and restaurants. The river has also been given a facelift, with the Docklands development boasting riverfront bars, restaurants, and smart apartments.
While Temple Bar has lost a little of its cool factor, Cow's Lane is filled with fashionable boutiques and furniture shops, and the Cow's Lane Market is the destination for every hipster. And as the city of Oscar Wilde, Bram Stoker, and Roddy Doyle, there are fine literary museums and libraries located amidst gorgeous Georgian architecture.
Finally, there's the Guinness and the pubs, which remain the city's major attraction and provide an upbeat urban spirit in the air.

What to See and Do in Dublin

Decide what you really want to see in Dublin based on your interests -- whether that's art, architecture, street life or simply snapping a few photos by the main landmarks. We highlight the best attractions in different categories and, to help you plan, link you to their location on Google Maps () or to their official website or tour options (). 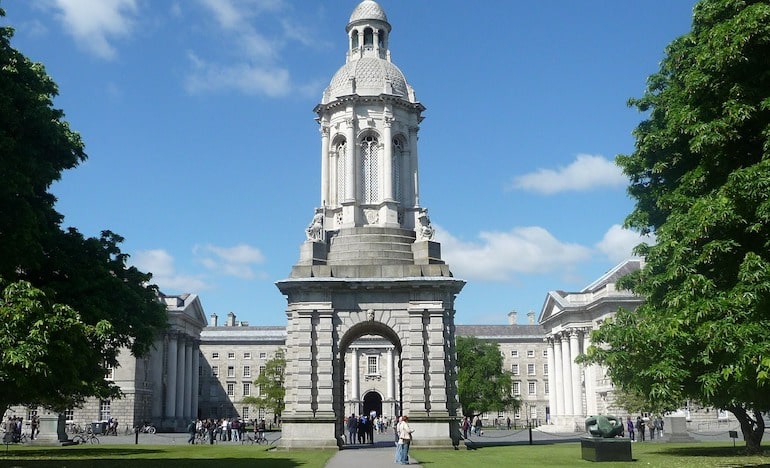 
Some of Dublin's most monumental architecture is found in Trinity College. It's one of Europe's oldest universities, and once through its West Front archway you'll find yourself surrounded by elegant 18th- and 19th-century buildings. Many of them are open to the public, and the one you should not miss is the Old Library which holds more than four million books.
The neoclassical Custom House is also worth a look, located on the north bank of the River Liffey and now serving as a government building. It was first built in 1781, and is still one of Dublin's most elegant constructions, together with the General Post Office Building which features a huge ionic portico.
But the city's main draw is the Guinness Storehouse, home to Ireland's most famous export. You can get a free sample of the black beer at the end of a fascinating exhibition.

Located in a former hospital, the Irish Museum of Modern Art shows contemporary and modern art (paintings, sculpture, and installations) by Irish and international artists in its permanent collection, while also presenting major temporary exhibitions.

The most impressive Irish art along with some wonderful Spanish, Italian, French, and Dutch works is shown in the National Gallery, while the National Museum of Ireland consists of three outstanding collections -- archaeology, natural history, and decorative arts in three different spaces.

The Spire of Dublin is a 120m-high needle that seems to have no meaning but that stands as a symbol of the city's economic resurgence. It is currently the world's tallest sculpture.

Dublin Castle dates from the 13th century and served as the headquarters of the British rulers. However, only the Record Tower survives from the original building, as almost everything else is an 18th-century creation.
Even older is the medieval Christ Church Cathedral, originally a Viking church and featuring the largest cathedral crypt in the British Isles in the mostly-Gothic interior.
St. Patrick's Cathedral is the largest church in the country and the location for a number of public national ceremonies.

Temple Bar is Dublin's famous party area, a lively place at any time of the day due to its eating and drinking options.
Grafton Street continues to be the city's main shopping area, although the chain stores you'll find here will likely be the same ones you have back home.
At the end of all the sightseeing, head to Phoenix Park, the largest city park in Europe and where Dubliners go to play and relax.

You first must stroll through Grafton Street, the most famous pedestrian street in Dublin. Its upmarket shops may lure you in, but so will Brown Thomas, the city's smartest department store. It's a Dublin institution, home to collections of Irish designers and products, but also to the stores of international labels such as Prada and Chanel. At the very top of the same street is Stephens Green, a modern shopping center spanning three floors, with the top two circling around the bottom floor.
On the streets radiating from Grafton are the smaller specialist shops if you're looking for books, handicrafts, or gifts.
More gift options are found in George's Street Arcade, a charming Victorian building for you to browse through old books, bohemian jewelry, and vintage clothes.
Another street you should place on your shopping list is Francis Street, lined with antique shops. You'll find more of them in the surroundings, which make Dublin one of Europe's best destinations for antiques shopping. Be warned that what you'll find is not exactly cheap.
For other cool designs (if you're in town on a Saturday) move on to the Cow's Lane Market, a designer market found at the western edge of Temple Bar. You'll have all the alternative and innovative youth fashion there, including many handmade originals.

Restaurants in Dublin are surprisingly expensive, often even more so than in London or Paris. One reason may be the high taxes, but another is the increased quality and sophistication of the city's restaurant scene. That means you get what you pay for, but there are plenty of cheaper options at cafés and pubs. Irish cuisine doesn't really have the best fine dining reputation, but modern chefs have started a gastronomic revolution. That's another plus when dining in Dublin, as you'll savor some pleasant surprises and likely have your expectations exceeded. 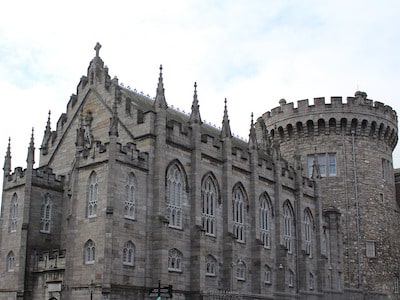