The ultimate travel experiences in the Brazilian megalopolis 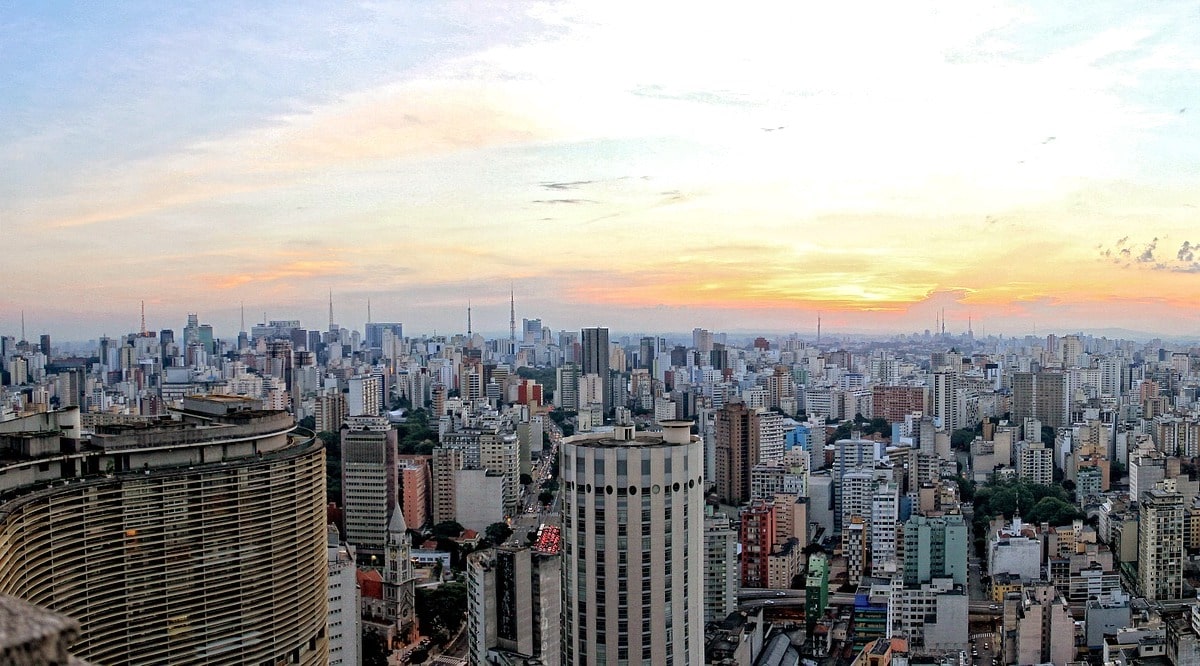 The Copan Building (left) and view over São Paulo, Brazil


São Paulo is the New York of the Latin world, a megalopolis with the most sophisticated and cosmopolitan life in South America. It is one of the world's largest and most populous cities, and a major cultural and economic center.
As an ugly concrete jungle, it makes up for the lack of aesthetic beauty with top-rate restaurants, nightlife, shopping, and high-end galleries. Yes, it's too noisy, too crowded, too fast-paced, and no one visits the city with sightseeing in mind, but you'll find the ultimate urban experience, where fashion, art, and design are flourishing.
The city buzzes with new talent and ideas, with chefs innovating the city's Italian, Portuguese, and Japanese cuisines, and young designers opening experimental clothing boutiques. They're all mostly found in the Jardins, Vila Madalena, and Higienopolis neighborhoods, where hipsters flock to the coolest shops and bars. Stay in one of these districts and the best of the city is within easy reach.
Devote yourself to urban pursuits like the paulistanos do, and you'll find the beauty of this ugly duckling.

What to See and Do in São Paulo

Decide what you really want to see in São Paulo based on your interests -- whether that's art, architecture, street life or simply snapping a few photos by the main landmarks. We highlight the best attractions in different categories and, to help you plan, link you to their location on Google Maps () or to their official website or tour options ().

The origins of São Paulo Cathedral date back to the 16th century when the city was still a Portuguese colony. It was a modest construction at that time, given a baroque makeover in the 18th century, only to be demolished and replaced by the current Neo-Gothic building. It is one of the five largest Gothic constructions in the world, only fully completed in the 1960s.

Instituto Tomie Ohtake is devoted to Brazilian artist Tomie Ohtake's work but also to national and international contemporary art. It is one of the city's most interesting cultural spaces, also because of the standout building and temporary exhibitions.

The MASP - São Paulo Museum of Art is housed in a brutalist building and holds South America's best collection of European art. There are works of Rembrandt, Raphael, Van Gogh, Picasso, Hieronymus Bosch, and Degas among other major artists.
Pinacoteca do Estado is São Paulo's picture gallery housed in a 19th century building built in Italian neoclassical style. The Pritzker-winning architect Paulo Mendes da Rocha was responsible for its renovation in the 1990s, and the entire space is now taken over by Brazilian art of the past two centuries.

The Portuguese Language Museum is housed in a beautifully renovated 19th-century train station, using interactive and virtual exhibits mixing art and technology to show the origins and evolution of the Portuguese language.
Another modern landmark is the Copan Building, designed by Oscar Niemeyer and despite being planned to house shops and a hotel, is now an elegant apartment building. Its design stands out from the surrounding skyscrapers, as does the same architect's Auditório Ibirapuera in Ibirapuera Park (São Paulo's Central Park). Completed in 2005, it is a white concert hall that attracts even more visitors to the park.
But no other building stands out more than Edifício Itália. It is the city's (and also Latin-America's) tallest skyscraper and has an observation deck with a bar ("Terraço"). Another tall landmark in the city's skyline is the Altino Arantes Building (also known as the "Banespa Building"), erected in the 1940s with a clear inspiration from New York's Empire State Building.

Join the chic locals down Rua Oscar Freire for some of São Paulo's most interesting and upmarket shops.
The city's main avenue is Avenida Paulista, lined with towering office blocks, but also the must-see MASP (see above).

Although Buenos Aires is rising to the top, São Paulo remains the best shopping city in Latin America. The sophisticated Paulistas look for upmarket shops in their Jardins neighborhood, with Rua Oscar Freire as the equivalent of Fifth Avenue or Rodeo Drive. Another street nearby, Rua Augusta, is also home to a number of interesting shops, as is much of Jardins. That's where you'll find Brazil's top designers together with international labels, something the more glamorous locals are increasingly looking for, as shown during the city's fashion week that is now one of the world's major fashion shows.

With so many world-class restaurants, São Paulo is a city which you can't leave without experiencing the several gastronomic highlights. Whether you choose a popular churrascaria or the latest trendy spot, you'll have a memorable meal. This is Latin America's hottest food city, with cuisines from all over the world. The best restaurants are found in the Jardins district.