The ultimate travel experiences in the revived and buzzing German capital 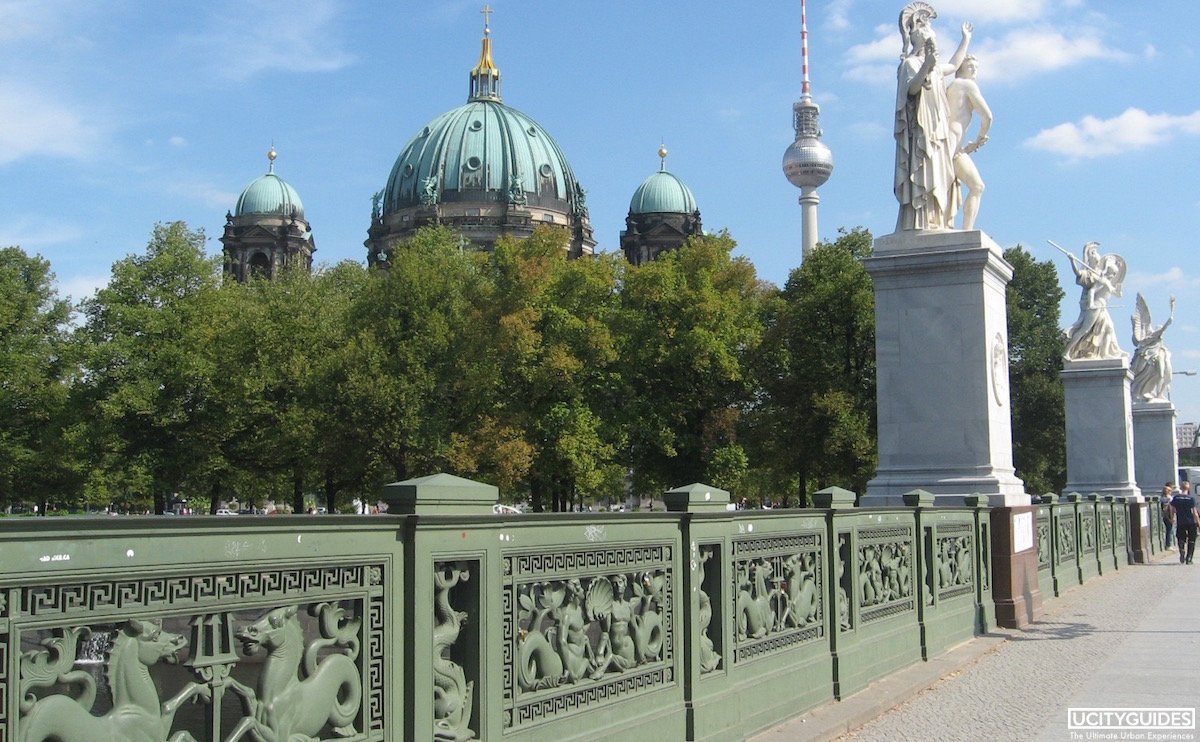 
When the infamous Berlin Wall came down, Berlin's cultural and creative energy went up. Today it's one of the most exciting cities in Europe, with an exhilarating, fresh, and slightly radical urban vibe. It seems to always be a city in transformation, with a rich variety of artistic and cultural projects, and a mixture of design, architectural, and lifestyle attitudes displaying a rather unconventional spirit.
Stunning modern architecture together with restored old palaces and monuments, a lively art and gallery scene, and bustling bars and clubs create a fascinating modern metropolis that is also gaining a reputation as a European party capital. East Berlin especially has become a thriving fashion and nightlife hotspot, but overall Berlin remains slightly more secluded and away from the mainstream tourism capitals of Europe.
That's what makes it such a refreshing and exciting city to visit, and one that makes you return to experience and accompany its continuously evolving and buzzing life.

What to See and Do in Berlin

Decide what you really want to see in Berlin based on your interests -- whether that's art, architecture, street life or simply snapping a few photos by the main landmarks. We highlight the best attractions in different categories and, to help you plan, link you to their location on Google Maps () or to their official website (). 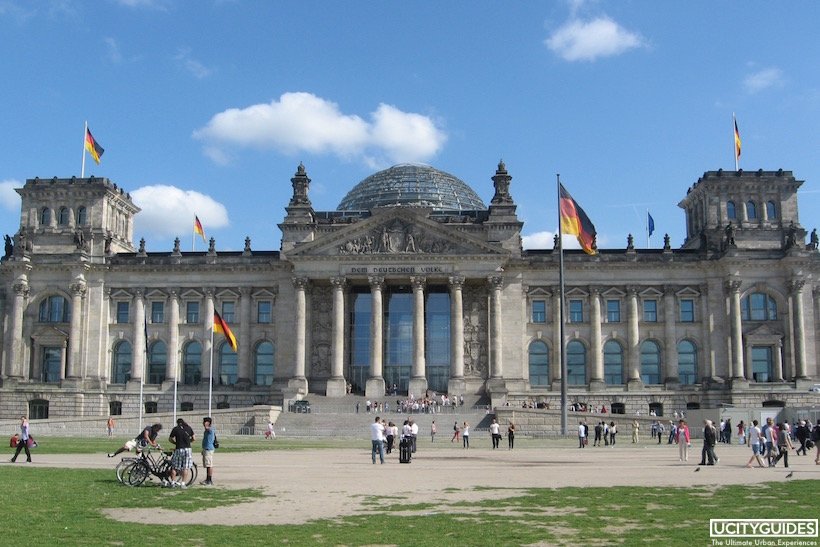 Start at the 18th-century Brandenburg Gate, the former city gate and current Berlin icon. It stands by Pariser Platz, one of the city's most central squares and home to embassies and hotels. The Reichstag building is also one of the most visited sights in the city, built as the country's parliament in the late 19th century, but completely renovated and redesigned in the 1990s by Norman Foster, who added a huge glass dome from where you can get a 360-degree view over the city.
The 17th-century Charlottenburg Palace is another major landmark, attracting visitors to its opulent rococo and baroque interior.
But the most famous sight of all is barely there -- the Berlin Wall that separated East and West Germany came down in 1989, and curious visitors today can only see small remaining sections covered in graffiti.

Hamburger Bahnhof is a former train station damaged in WWII that was turned into a contemporary art museum in 1996. On permanent display are works by Anselm Kiefer, Roy Lichtenstein, and Andy Warhol (whose "Mao" has become an icon of the museum).
Admirers of contemporary art will also not want to miss Kunst-Werke Berlin, the foremost contemporary art institution in the city with a large gallery space for temporary exhibitions. 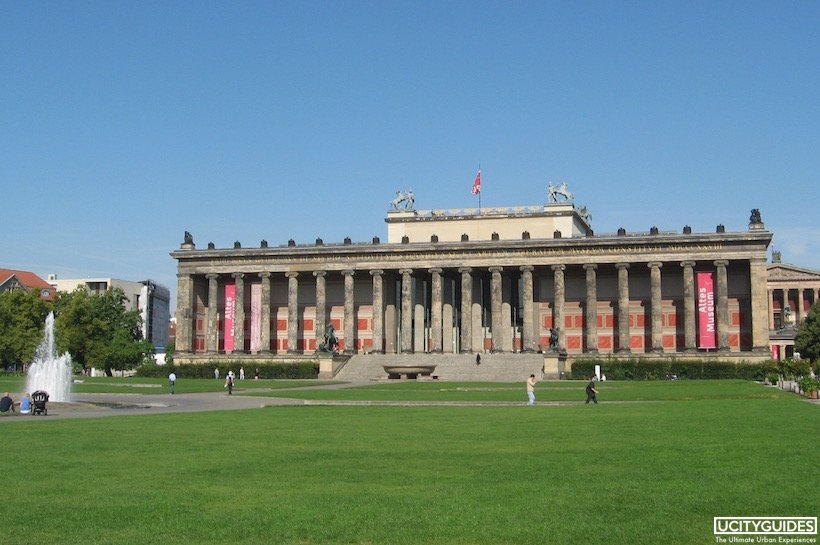 The Kulturforum is a complex of museums including the New National Gallery, the Museum of Decorative Arts, and the Gemäldegalerie which houses one of the world's finest collections of European art from the 13th to 18th century. But if you only have time for one museum in Berlin, make it the Pergamon Museum, with its outstanding collection of Greek and Roman antiquities. And even more of those are found just a few feet away at the Altes Museum.

Kaiser Wilhelm Church stands as a reminder of the horrors of WWII, although a modern church was built at the base of the ruined building in the 1960s, making this one of the most interesting architectural sights in the city.
But the largest church in Berlin is the Berlin Cathedral, with some stunning stained-glass windows and a much-restored interior reopened in 1993, decades after it was destroyed in the war.
Berlin's tallest building is also much-photographed, the Berlin TV Tower where you can take an elevator to the top for panoramic views. 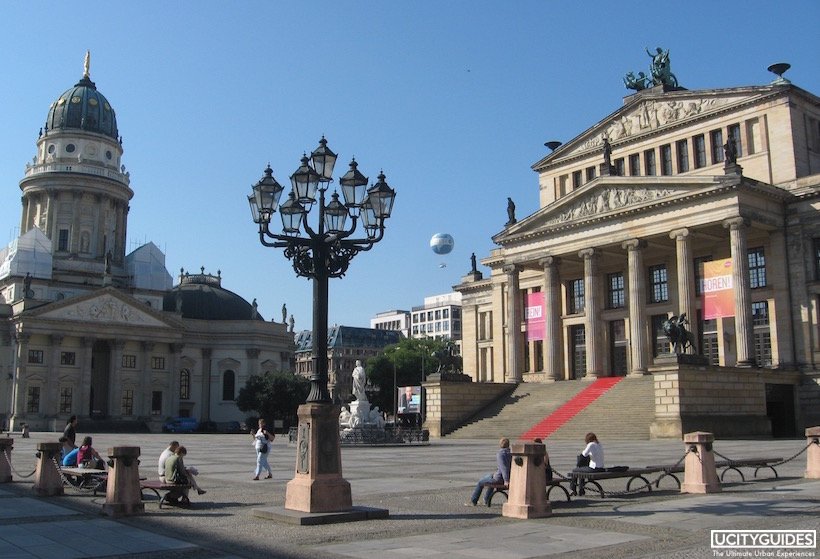 The tree-lined Unter den Linden is the main boulevard of the city, starting in Brandenburg Gate (see above) and home to many of Berlin's most historic buildings. Even better for a stroll is Kurfurstendamm, the grand shopping avenue lined with famous designer shops.
Also stop by Gendarmenmarkt, Berlin's most beautiful square and home to the city's neoclassical concert hall and both the French and German cathedrals.
Modern architecture is found in another square, Potsdamer Platz, from where you can easily reach the Holocaust Memorial, remembering the murdered European Jews through an undulating field of stone monoliths.
After all the sightseeing, join the crowds at Hackesche Höfe, a series of pleasant courtyards with cafés and shops. Alternatively, joing the locals at the Tiergarten, Berlin's "Central Park," and enjoy a refreshing drink at one of the beer gardens. 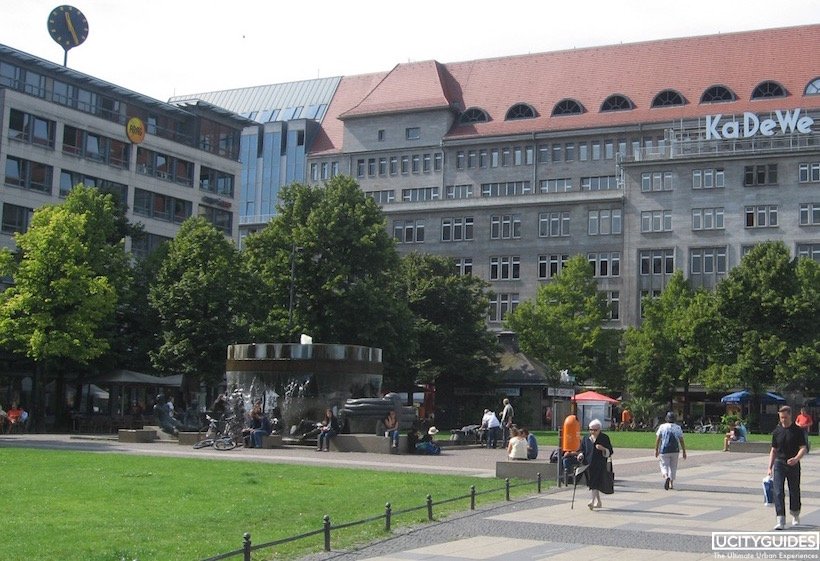 There are many shopping streets in Berlin, but Kurfürstendamm (simply known as Ku'damm) is the city's most important shopping boulevard. It's where all the designer shops are found, along with many of the city's hotels. The other major shopping street in the center of the city is Friedrichstraße, home to a number of department stores.
Berlin has some of the best shopping opportunities for those looking for young, independent fashion design. You'll find many trendy boutiques in Mitte, particularly in the streets of Neue Schönhauser and Hackesche Höfe.
Also worth checking out are the city's markets, especially the Farmer's Market on Wittenbergplatz. If you're in town in December, don't miss the Christmas markets, where you're likely to find more than a couple of bargains. 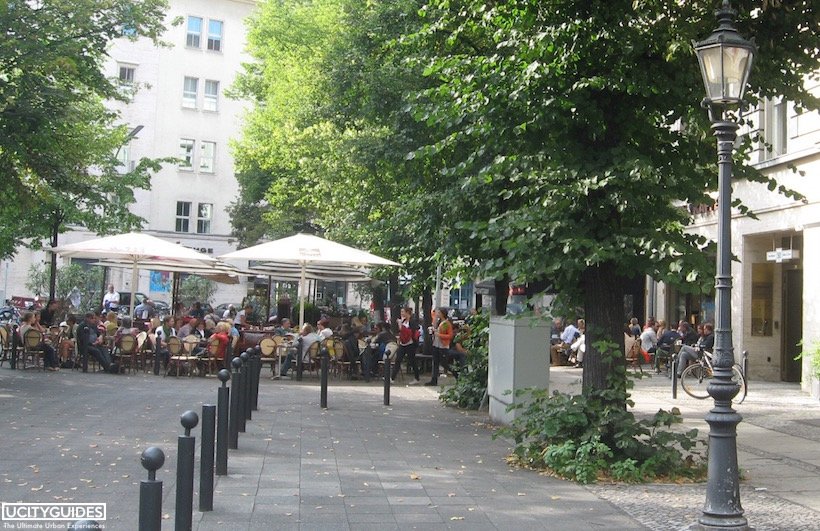 You can go for breakfast in Berlin until as late as 4PM. The city's cafés (both the classic, old-fashioned ones in the West and the newer ones in the East) offer a variety of light dishes, and you can simply go for coffee and a piece of cake later in the afternoon. Sweet treats are a tradition in this city, and while Germany isn't particularly known for its cuisine, its capital does offer a variety of options. That's mostly due to the presence of more recent ethnic restaurants, and eating out is now an essential part of the Berlin social scene. The most interesting openings have occurred around Mitte, where the city's hippest crowds look for places with stylish interiors matching their fashionable tastes. 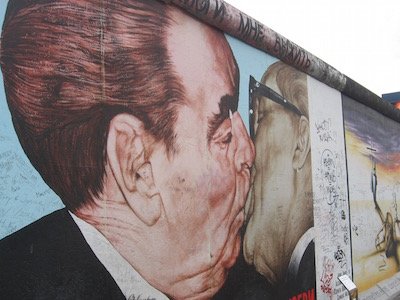