The ultimate travel experiences in the city of spectacle, soul, souks, and style


Marrakech (also spelled "Marrakesh") has long been a hip destination for both bohemian and hedonistic travelers. It's now a glamorous hideaway for those seeking a soulful, exotic destination unlike any other.
Set against the backdrop of the Atlas Mountains, and with the desert outside its red ramparts, this seems like an imagined city. Then there's Jemaa El Fna Square, known for being one of the greatest human spectacles on the planet, filled with snake charmers and belly dancers. On top of that there are the intoxicating sounds, sights, smells, and spices of the souk, and you know you won't ever experience another city like this one.
Even accommodation is original and special, with homes renovated into charming, romantic, and stylish hotels ("riads"). They're the perfect way to end the day after savoring the city and capturing all of its intriguing scenes.

What to See and Do in Marrakech

Decide what you really want to see in Marrakech based on your interests -- whether that's art, architecture, street life or simply snapping a few photos by the main landmarks. We highlight the best attractions in different categories and, to help you plan, link you to their location on Google Maps () or to their official website or tour options ().


The 70m-high minaret of the Koutoubia Mosque dominates the city's skyline. Built in the 12th century, this mosque is not open to non-Muslims.

One of only a few contemporary art museums in Africa, the MACAAL (Museum of African Contemporary Art Al Maaden) has a permanent collection of pieces by contemporary artists from Morocco and other African countries, and also presents temporary exhibitions.

Dar Si Said is the Museum of Moroccan Arts, a small palace displaying fascinating artifacts from around the country, including impressive carpets and finely carved Berber woodwork. More pieces of local art can be found in the Marrakech Museum, housed in a 19th-century palace.


El-Badi Palace was built in the 16th century but all that remains are its romantic ruins, as it was ransacked in the 17th century to build another palace. Still, it's worth a visit to understand why its name means "the incomparable," as you pass by the huge pool and sunken gardens, visible in the vast mystical site.
Still intact is the 19th-century El Bahia Palace, with dozens of rooms lavishly decorated and open to the public when the royal family is not using them.
Another notable building is the 14th-century Ben Youssef Medersa, a school until 1960 and opened to the public in 1982. You can visit its grand courtyard, decorated with intricate details.


The huge Djemaa El-Fna market square must be visited both during the day and at night. It's after the sun sets that its true spectacle comes alive, made up of snake charmers, merchants, and storytellers. It's just a short walk from the seductive Medina souks, selling all kinds of junk, antiques, and local crafts.
Also visit the Jardin Majorelle, French gardens created in the early 20th century by French artist Jacques Majorelle. Fashion designer Yves Saint Laurent renovated it in the 1980s and placed his personal collection of Islamic arts in a green-roofed pavilion that now stands as the Museum of Islamic Arts. More recent is the site's Yves Saint Laurent Museum, entirely devoted to the work of the legendary French fashion designer.
Other landmark gardens are the Menara Gardens, located about 3km from the center of the city. You'll see them on most of the city's postcards, especially their 19th-century pavilion facing the central basin and with the Atlas Mountains in the background. 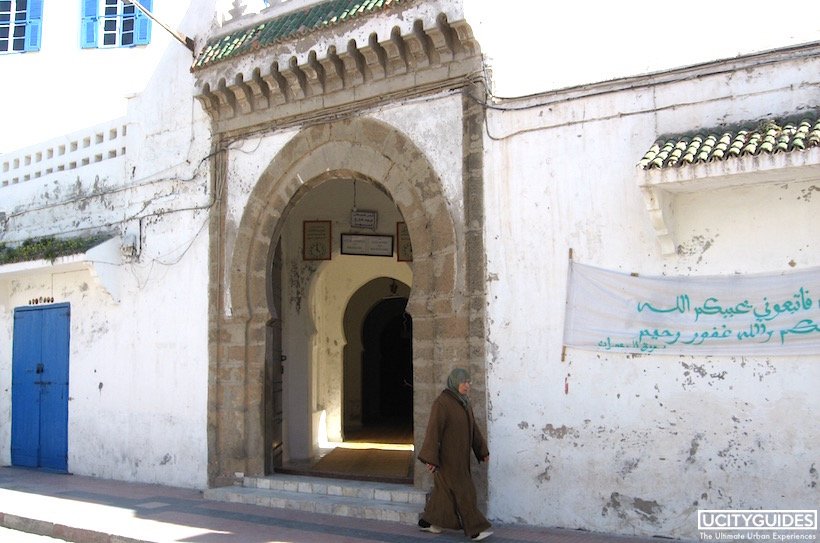 
After a tour of Marrakech, discover more of the best of Morocco. From Marrakech it's easy to reach Essaouira on the Atlantic coast, once a Portuguese port called Mogador. It's now a World Heritage City, standing as an outstanding example of a fortified town. It's a popular windsurfing destination, but the pretty whitewashed streets, relaxing atmosphere, and charming riads, have opened the city to all types of tourists.

Shopping in Marrakech means browsing the souks for the local crafts still made in small workshops not far from Djemaa El-Fna Square. The streets that cross Mohammed V Avenue have a number of interesting boutiques, especially Rue de la Liberté, with the highest concentration of chic shops in the city. In fact, it's in that Gueliz district's wide avenues that you'll have most of Marrakech's galleries and shops.

Old palatial homes in Marrakech are not only turned into beautiful and romantic hotels, but also into some fantastic restaurants. You have to treat yourself to a traditional meal at one of them at least once. Most are romantically lit by candles, and while they can sometimes go overboard with the décor, many are still an experience to remember. However, although Moroccan cuisine is gaining fans around the world, restaurants in Marrakech are often more memorable for their atmosphere than for the food. You'll eat quite well, and there are many excellent dining options in the city, just don't expect the Michelin star experiences of Paris or New York. But who needs outrageously expensive degustation menus when you have some wonderful sights and smells to offer? 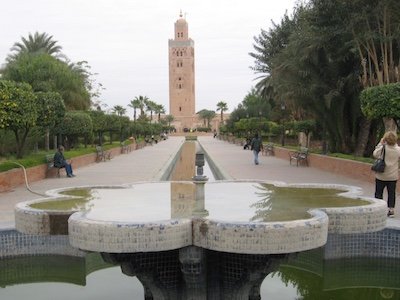 Hop on a horse carriage ride, go on a walking tour, or take a day trip: