The ultimate travel experiences in Prague 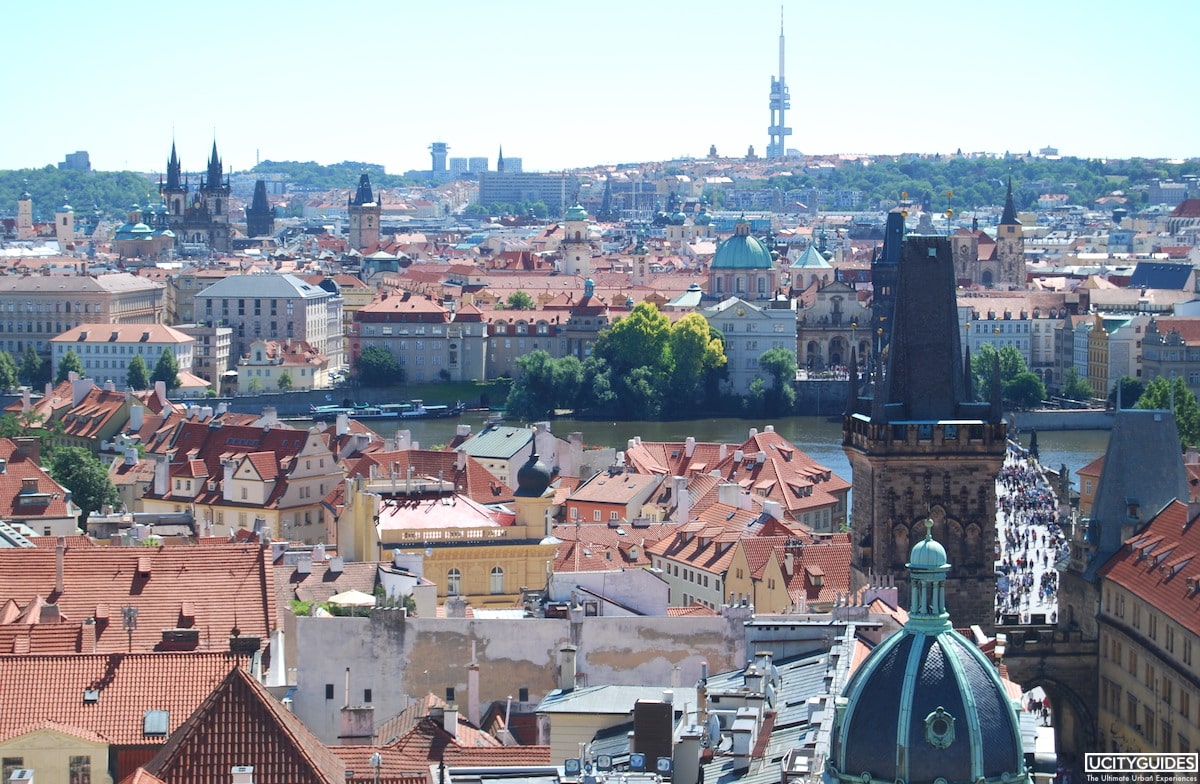 View over Prague, one of the world's most beautiful cities - ©UCityGuides.com


Prague looks like a fairytale city undergoing a renaissance through tourism, for better and for worse. As one of the world's most beautiful and monumental cities, it's seen the emergence of new hotels and of a young generation intent on living as bon vivants. That's good news for visitors, who'll be enchanted by the old center and then join the local beauties down the cobblestone streets for a night of golden beer and cocktails.
But the hip cocktail bars and cool designer restaurants will always come in second to the stunning architecture. The city's soaring Gothic spires and towers are to be admired slowly, by strolling through the medieval lanes and crossing the marvelous Charles Bridge. You'll find that despite the onslaught of tourists, the city remains a well-preserved gem, and away from the stag parties is a classy and sophisticated city break destination.

What to See and Do in Prague

Decide what you really want to see in Prague based on your interests -- whether that's art, architecture, street life or simply snapping a few photos by the main landmarks. We highlight the best attractions in different categories and, to help you plan, link you to their location on Google Maps () or to their official website or tour options ().


Prague Castle is a mixture of monumental architecture overlooking the city. It's the largest ancient castle in the world, taking up an area equivalent to seven soccer fields, and includes the huge gothic St. Vitus Cathedral and the Old Royal Palace. You can reach it by crossing Charles Bridge from the center of the city. Built in the 14th century, this pedestrian bridge is lined with statues and hawkers. Tyn Church's towers can be seen as you cross it. This just may be the most photographed monument in the city, standing in the Old Town Square (see below). You may skip its gloomy interior, and instead visit the Church of St. Nicholas nearby. It is one of the city's finest baroque buildings, often hosting chamber concerts.

Veletrzni Palace houses the National Gallery's outstanding collection of modern Czech and European art. It includes sculpture by Rodin, and works by Warhol, Picasso, and Lichtenstein.

The National Museum is located in a monumental building in the center of the city. Its collection is very mixed but with some interesting archaeological displays. The best part about it is the wonderful marbled interior and views down Wenceslas Square.

The Old Jewish Cemetery is home to thousands of headstones marking the resting place of the city's old Jewish population. Its special atmosphere makes it a site worth visiting, especially when combined with the Jewish Museum, the Pinkas Synagogue, and the Moorish-style Spanish Synagogue.

The striking Rasin Building was created by Frank Gehry in 1996. Located by the riverfront, it's also known as the "dancing building" due to its curved lines.

Old Town Square is one of the world's most beautiful urban spaces, and home to many of Prague's landmark spires as well as its famous 15th-century astronomical clock. You'll likely spend some time admiring your surroundings here, before moving on to Wenceslas Square, the most popular shopping area in the city. More like a sloping boulevard than a square, it has some attractive Art Nouveau buildings, all overlooked by the massive National Museum building (see above).

Parizska Street is Prague's elegant avenue lined with the international designer boutiques, while the city's biggest retail area is found around Wenceslas Square. That means Parizska for Vuitton and Wenceslas for Zara, with a number of homegrown creations in between. The major one-stop-shopping destination in the city is the Palladium Praha Shopping Center, set in a converted historical building.

When the Czech Republic became part of the European Union in 2004, Prague's restaurants improved dramatically. A number of international cuisines were offered for the first time in the city, and today you'll find a variety of dining options. Together with the international flavors, the upmarket restaurants also list gourmet interpretations of classic Czech dishes, often presented in beautifully-decorated spaces or in locations offering fine city views.
All of that is to be experienced at the end of the day that should begin with coffee and cake at one of the city's grand old cafés. From the late 19th to the early 20th century, Prague's cafés were meeting points for artists and intellectuals, much like elsewhere in Europe. Today many of them maintain the splendorous décor from those times and remain the best places in town for breakfast or brunch. 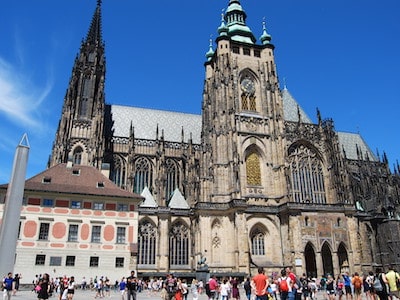