The main things you must see and do in Barcelona 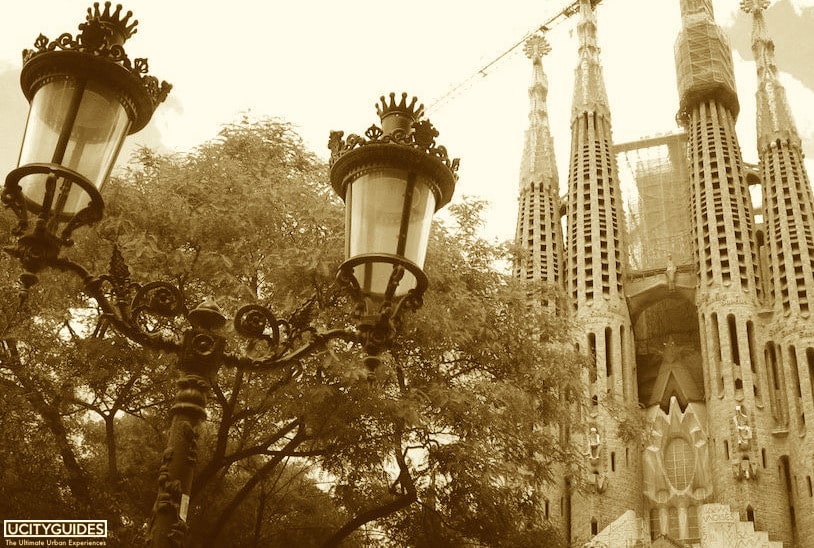 This Gaudi masterpiece remains a work in progress but is the city’s architectural icon. Consisting of 18 towers, it was originally inspired by neo-Gothic architecture, but Gaudi filled it with original and symbolic details inspired by nature. Inside is a forest of pillars and the crypt where the architect is buried.
Tickets: Sagrada Familia
Official Website: www.sagradafamilia.org 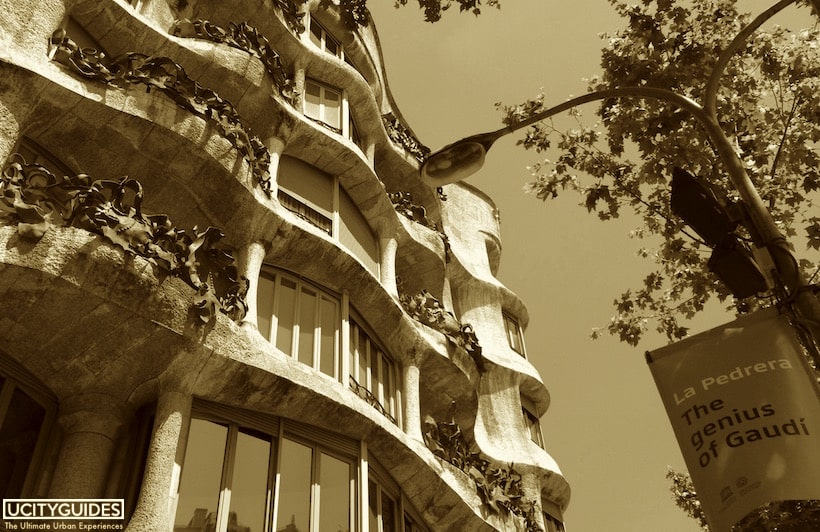 This boulevard is home to a number of the world’s most distinctive buildings, many of which were designed by Gaudi. The two most famous are Casa Milà with its wavy façade and Casa Batlló with its rather surreal features.
Tickets: Casa Milà, Casa Batlló
Locate it on the map: Passeig de Gràcia 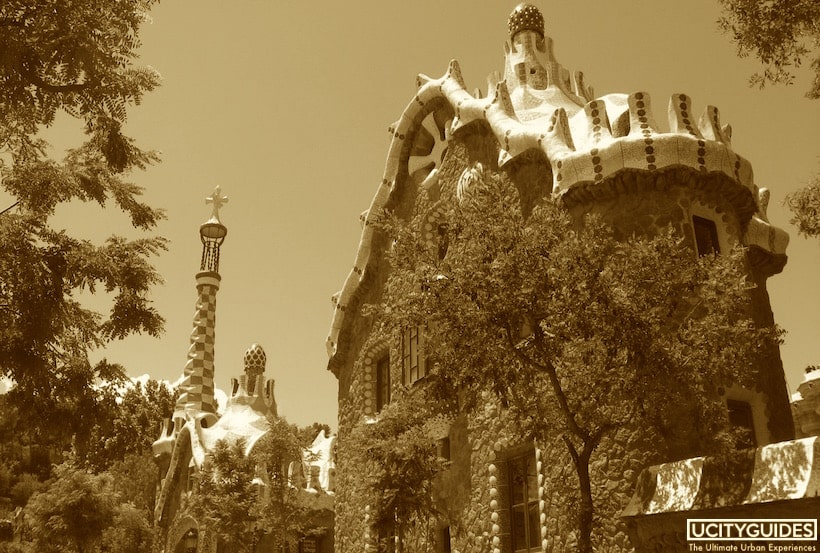 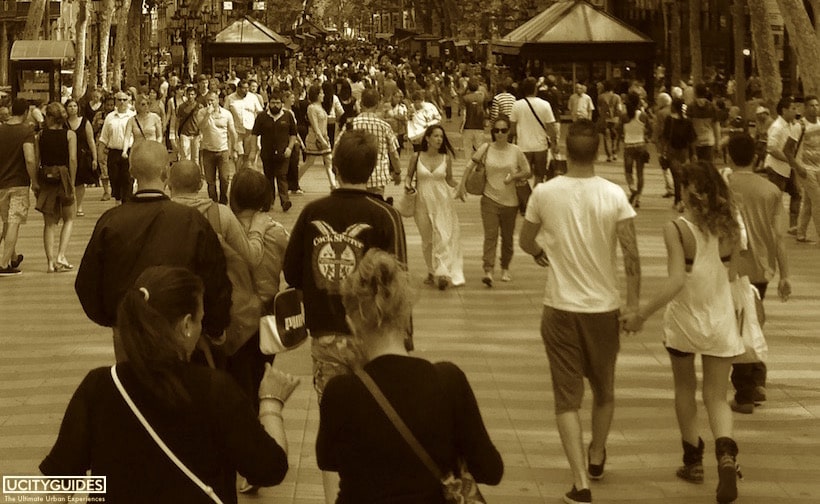 This lively avenue is lined with shops, cafés, mansions and hotels, and its central walkway is where everyone goes for a stroll. Nearby is La Boqueria, the city’s most popular market.
Locate it on the map: Las Ramblas 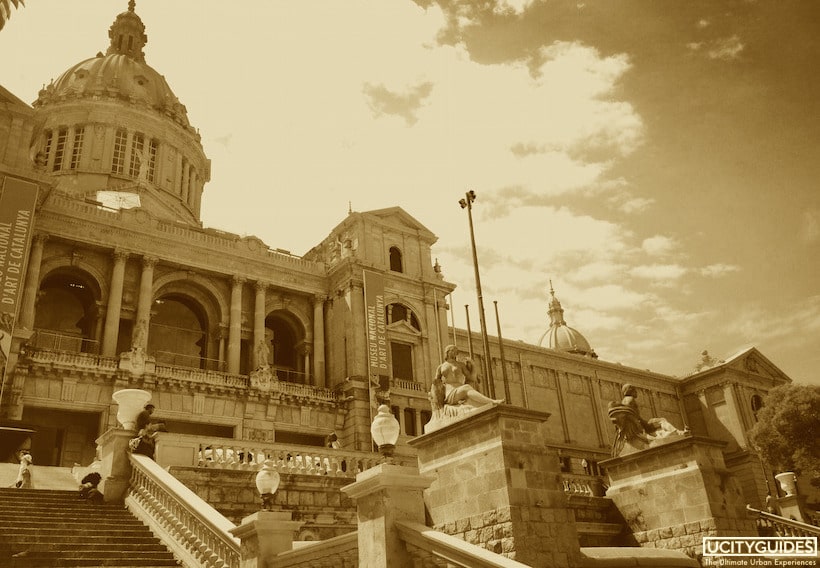 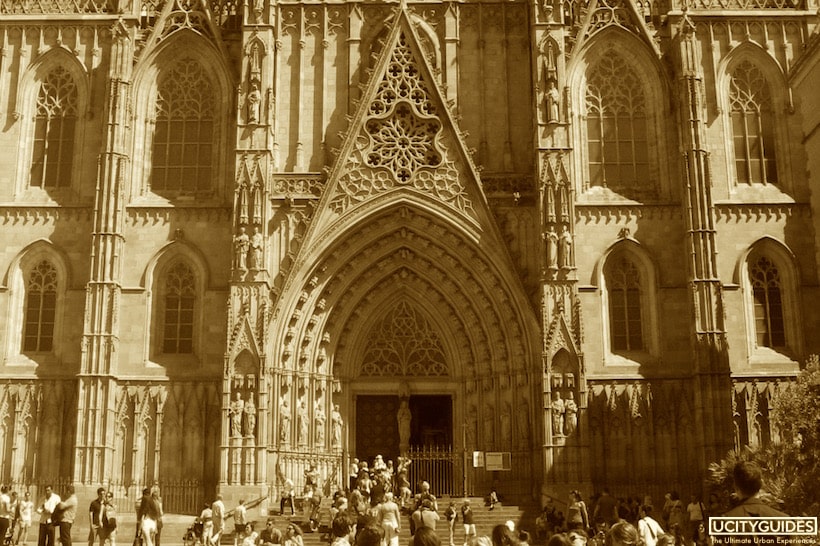 Although it was begun in the 13th century, Barcelona’s cathedral was only completed in the late 19th. However, the original gothic style was respected, and includes a small cloister famous as the curious home of white geese.
Official Website: catedralbcn.org 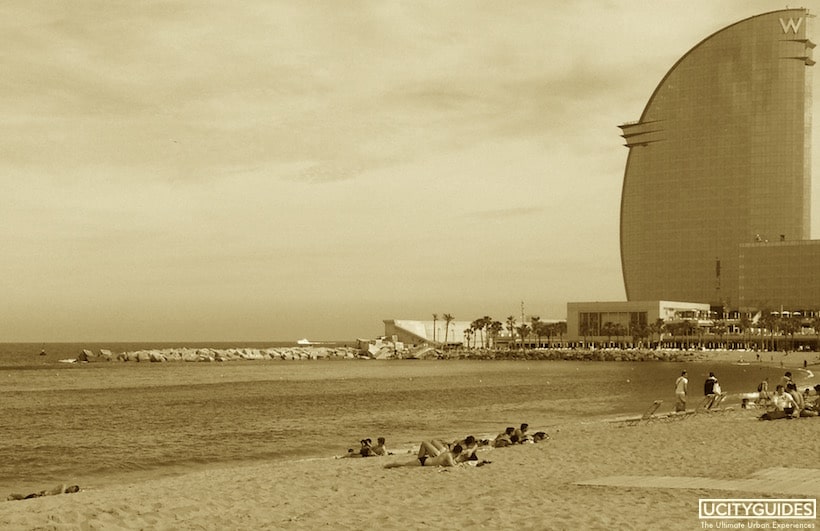 This man-made beach is quite recent -- it was created in 1992 for the Olympics -- but is one of the city’s most popular destinations, for both locals and tourists. It is faced by bars, restaurants and modern glass buildings, making it a popular hangout even outside beach season.
Locate it on the map: Barceloneta 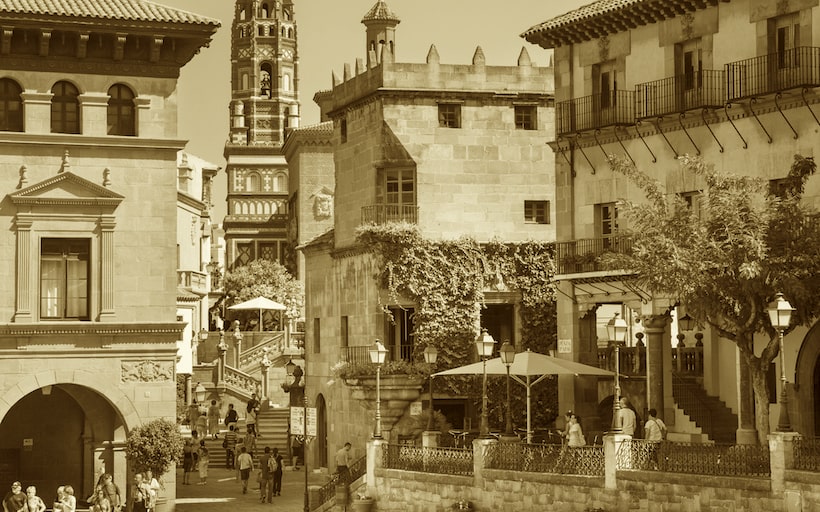 For a trip through Spain without leaving Barcelona, head to this “village” which recreates buildings from the country’s different regions. It was built for the 1929 International Exhibition, and remains a great way to get to know the different Spanish architectural styles and arts.
Tickets: Poble Espanyol
Official Website: www.poble-espanyol.com 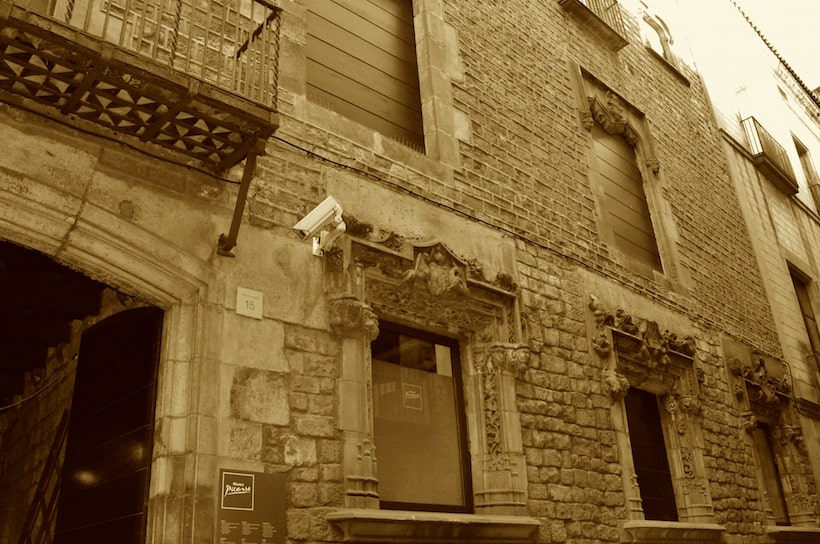 A row of five medieval buildings now houses one of Barcelona’s greatest museums, entirely devoted to Picasso’s early work. Some of the paintings were donated by the artist himself, and there are also many of his drawings and ceramics.
Tickets: Picasso Museum
Official Website: www.museupicasso.bcn.cat 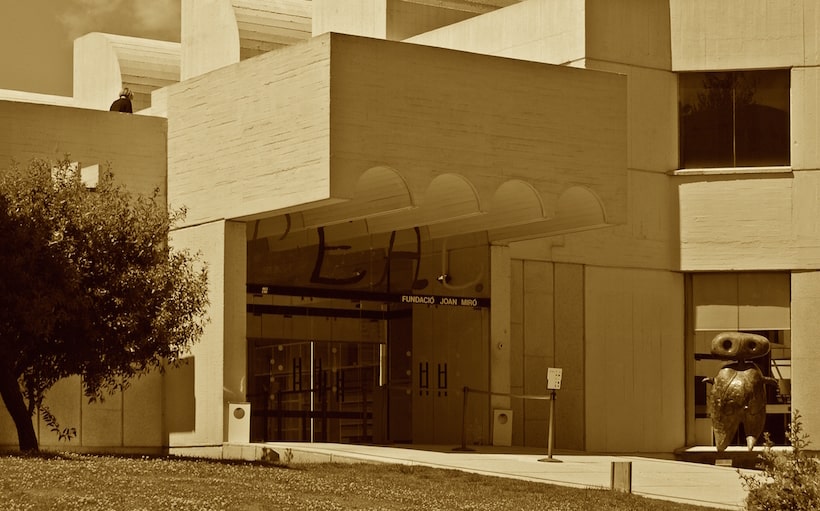 A white building from 1975 is where you can see much of the art created by Barcelona native Joan Miró. It includes painting, ceramics and textiles, plus pieces by his contemporaries like Marcel Duchamp, Max Ernst and Henry Moore.
Tickets: Miró Foundation
Official Website: www.fmirobcn.org 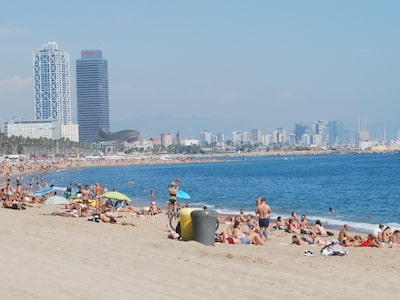