The main things you must see and do in Brussels 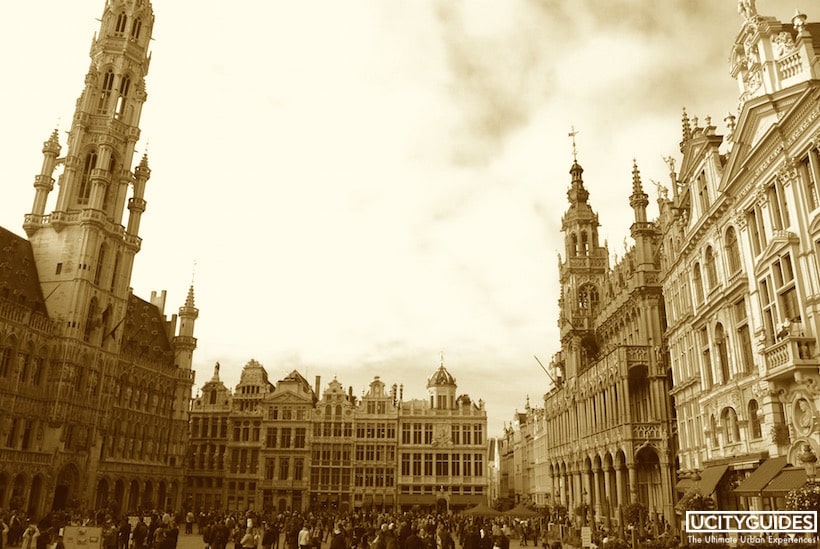 The world’s most beautiful square is reason enough to visit Brussels. Surrounded by fairy tale architecture dating back to the 1400s and expanded and restored until the 1800s, it’s now a World Heritage Site filled with tourists overwhelmed by so much beauty as they try to photograph every single spot.
Locate it on the map: Grand Place 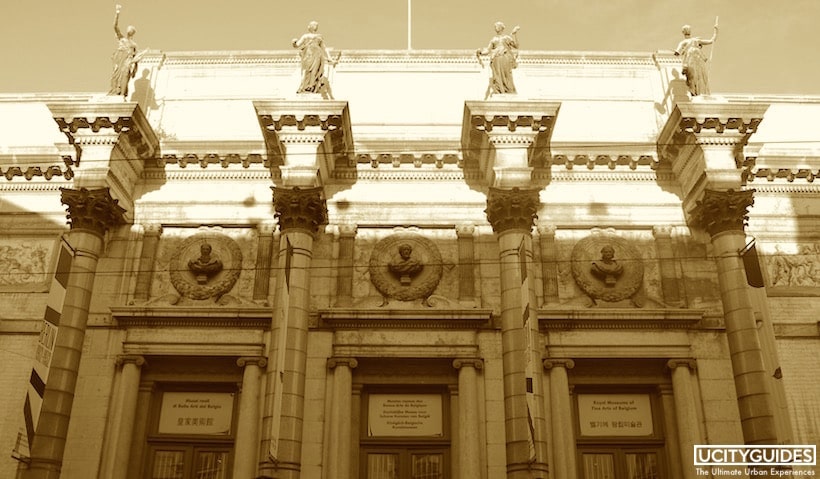 This cluster of museums houses world-class collections of different kinds. There’s the Old Masters Museum with paintings from the 14th to the 18th centuries, the Magritte Museum with over 200 works by the Belgian surrealist, and the Fin de Siècle Museum, which takes you on a trip to the late 1800s and early 1900s, when Brussels was a unique center of arts and the capital of Art Nouveau.
Official Website: www.fine-arts-museum.be 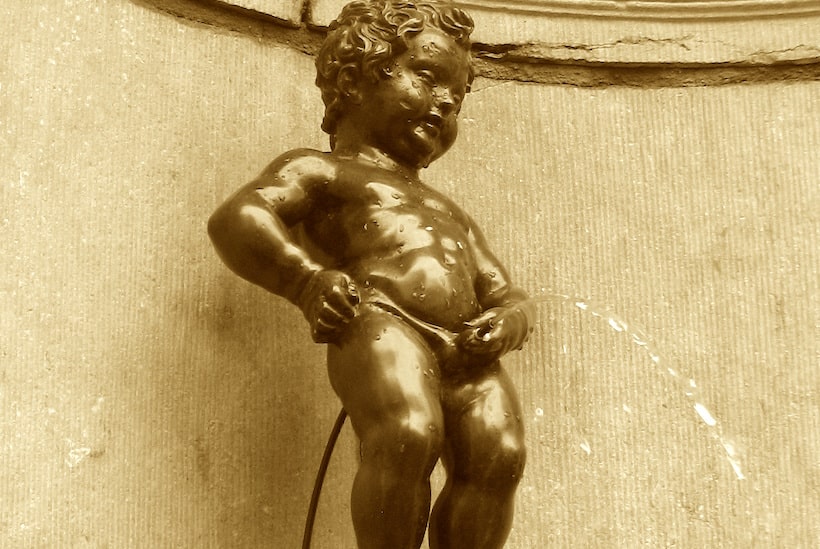 OK, so it’s just a small statue, but it’s one of the city’s main icons. It’s hidden on a street corner, and if it weren’t for all the tourists taking selfies with it, you’d probably miss it if you blinked. The beloved image of a naked boy is now often covered in different outfits, which then join the other 1000 or so costumes on display at a museum, the Garderobe Manneken Pis.
Locate it on the map: Mannekin Pis

Originally built in 1226, this cathedral follows the French Gothic style outside, but features a beautiful baroque pulpit inside. Also noteworthy are the 16th-century stained-glass windows.
Official Website: www.cathedralisbruxellensis.be 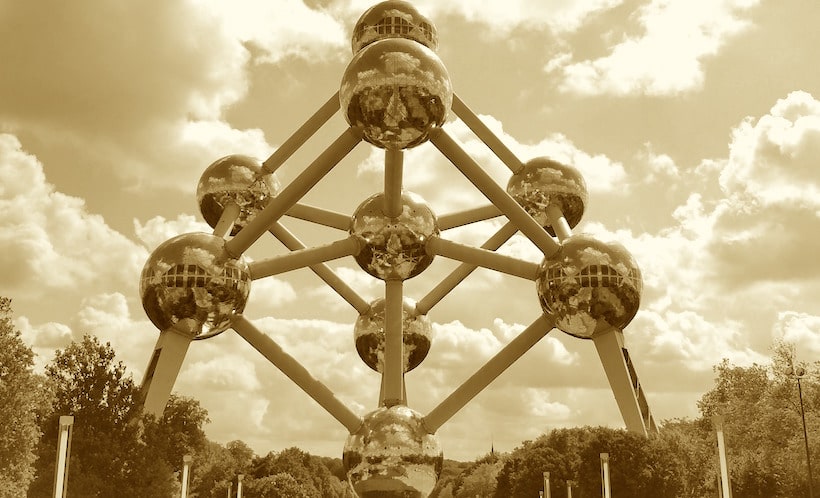 Built for the World Fair in 1958, this iconic structure represents an atom, magnified 165 million times. From the top, visitors may enjoy a panoramic view of Brussels.
Tickets: Atomium
Official Website: atomium.be 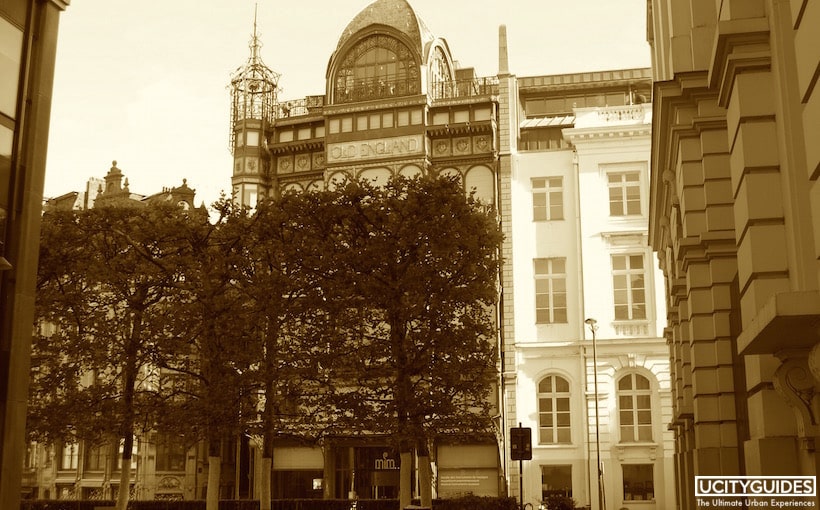 Arguably the world’s best music-related museum, this one has a rich collection of over 8000 musical instruments. Located in a landmark Art Nouveau building that was once a department store, it offers visitors the chance to hear musical extracts from the instruments on display, through the use of headphones.
Tickets: Musical Instruments Museum
Official Website: www.mim.be 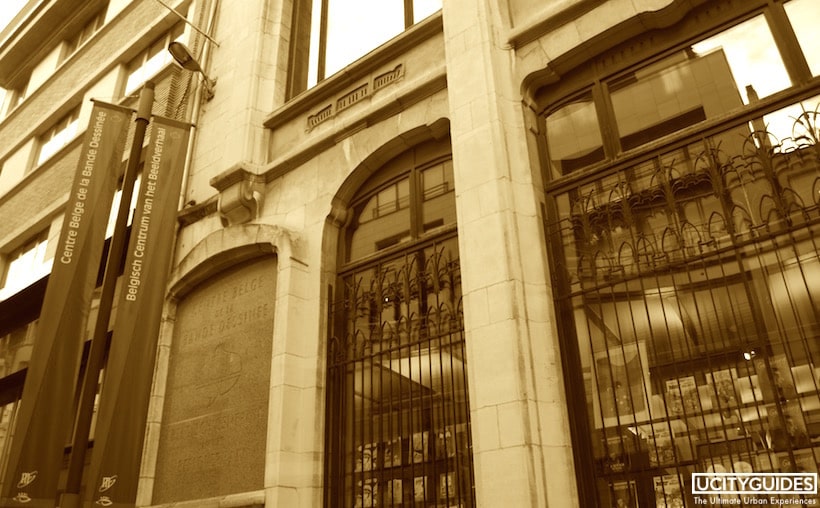 An Art Nouveau building designed by Victor Horta in 1905 presents the history and the art behind Belgian comics -- from The Adventures of Tintin to The Smurfs. It includes a library with a reading room and a comics store.
Official Website: www.comicscenter.net 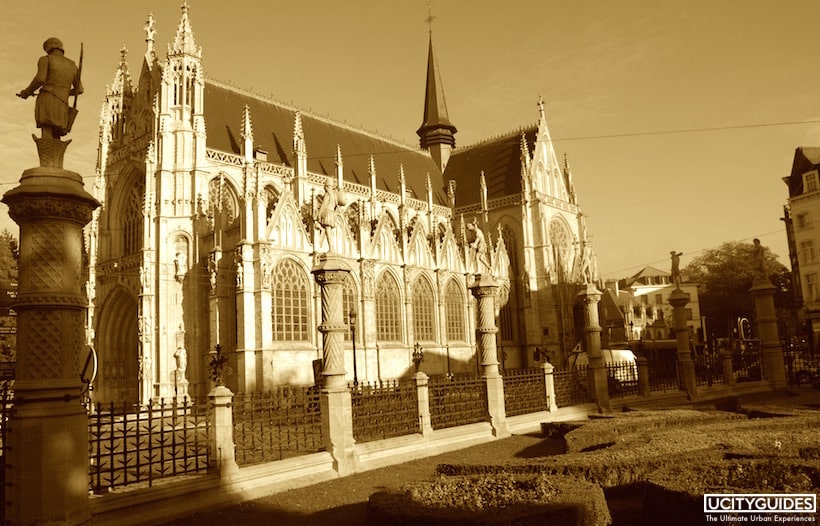 Perhaps even more impressive than the St. Michel et St. Gudule Cathedral, this church features a flamboyant gothic style from the 15th century. Inside, however, it is best known for its Baroque chapels added in the late 1600s, considered magnificent examples of high baroque sculpture and architecture.
Locate it on the map: Church of Notre Dame du Sablon 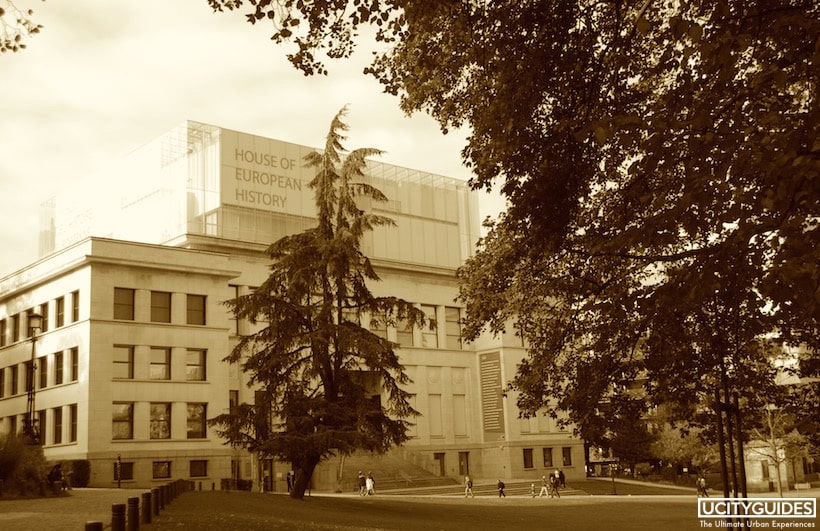 This neighborhood is home to most of the European Union’s institutions (including the European Parliament) and to Cinquantenaire Park, famous for its triumphal arch. The building to visit is the House of European History, which, as the name suggests, takes visitors through the centuries of European history, with exhibits explained in all 24 official European Union languages.
Locate it on the map: European Quarter 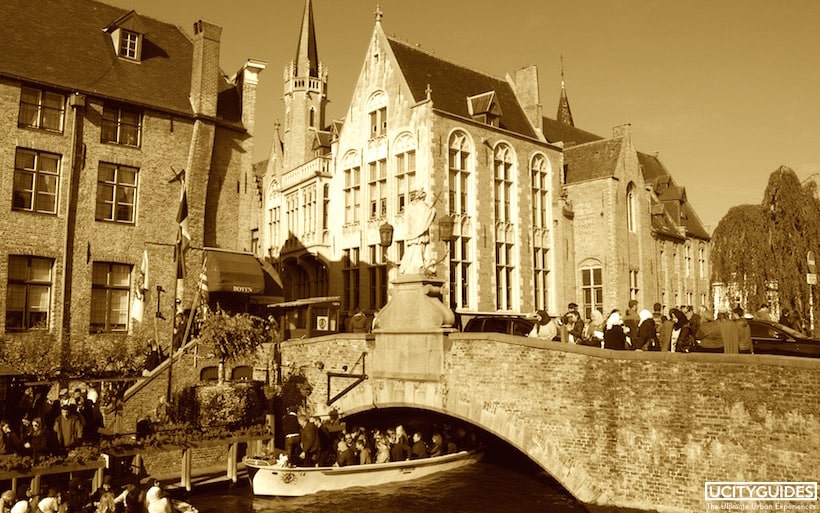 Bruges is one of the most beautiful cities in the world, and it’s just around 1 hour and 15 minutes by train from the center of Brussels. It’s a small city but, thanks to its canals, it was once one of the world’s main commercial cities, now reflected in the rich architecture of its buildings, especially those in the main squares.
Tours: Trip to Bruges 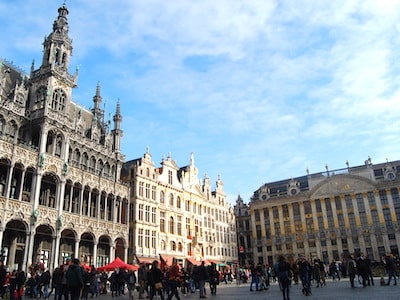