The main things you must see and do in Florence

Visible from almost anywhere in the city, Florence’s cathedral features a huge dome from 1463, which was copied in other monuments around the world and remains the largest brick dome ever built. It is Europe’s fourth-largest cathedral, with an impressive marble interior and colorful mosaics from the 13th century.
Tickets: Duomo
Official Website: www.ilgrandemuseodelduomo.it 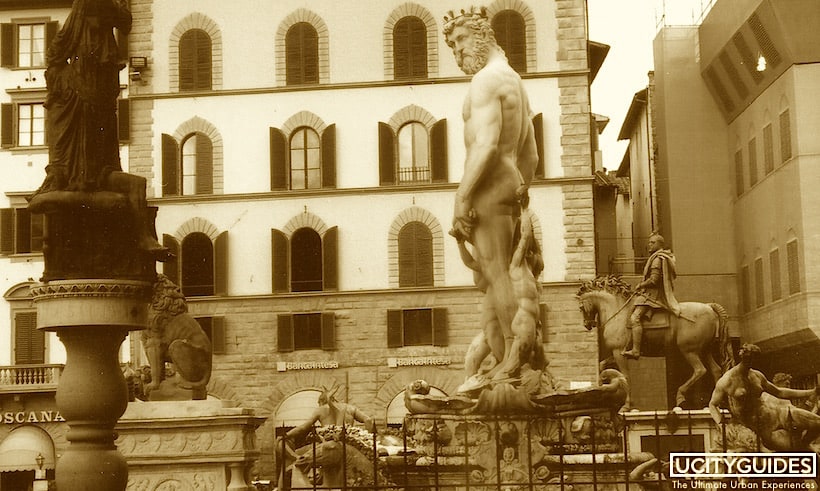 The city’s main square is where Michelangelo’s famous statue of David stood until 1873. It’s now in the Accademia Gallery (see below), but a replica has been placed in its original location, by the Palazzo Vecchio (the “Old Palace”), which is the Town Hall. Other statues decorate the square, making it a true open-air gallery.
Locate it on the map: Piazza della Signoria 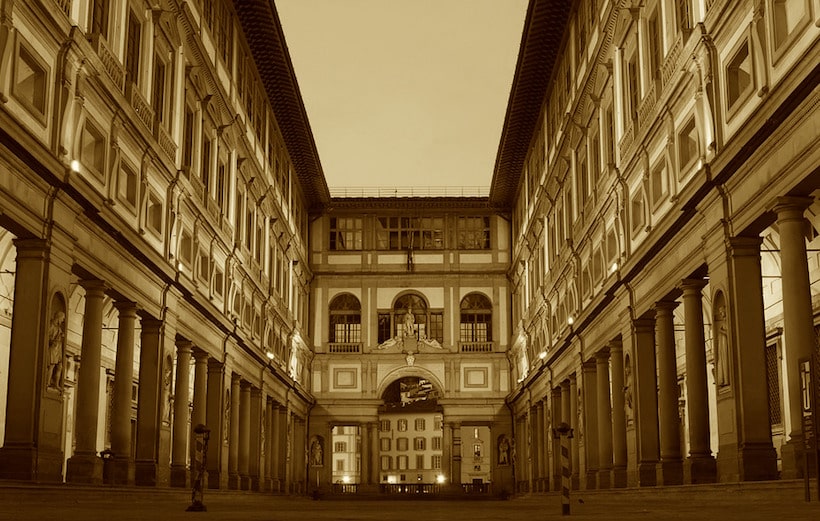 Italy’s biggest museum is also one of the world’s greatest, housing an incomparable collection of paintings. Boticelli’s “Birth of Venus” is its (and one of the world’s) most iconic works, but there are other outstanding pieces by Michelangelo, Piero della Francesca, Leonardo da Vinci and Raphael, among many others.
Tickets: Uffizi Gallery
Official Website: www.uffizi.it 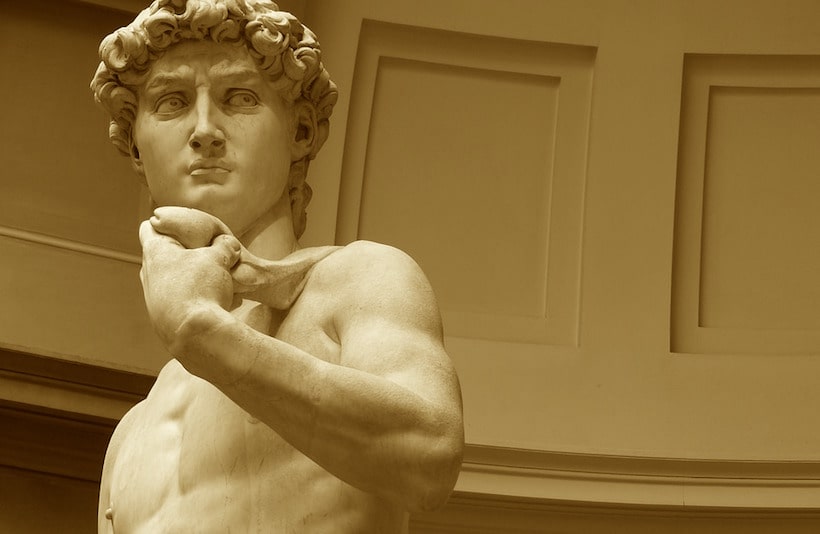 The first European academy built for the teaching of the arts was founded in 1563 in Florence, and by 1784 it presented a collection of paintings and sculptures to inspire and teach students. It now houses iconic masterpieces, like Michelangelo’s colossal statue of David and works by other great Italian names from the 15th and 16th centuries.
Tickets: Accademia Gallery
Official Website: galleriaaccademiafirenze.beniculturali.it

This landmark bridge was built in 1345 and is the oldest in the city. It is known for the shops built on top of it, originally used by butchers, but now mostly selling souvenirs, art and jewelry.
Locate it on the map: Ponte Vecchio 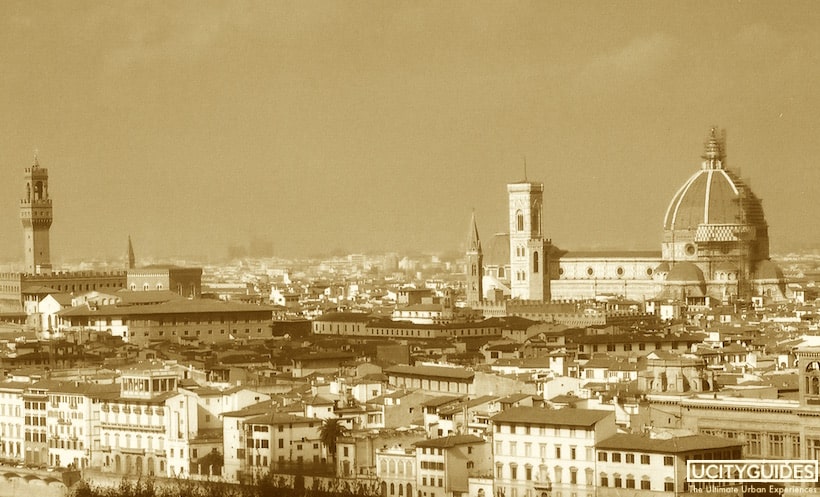 For a postcard view of the city, head up to this viewpoint, created in 1860 and ornamented with replicas of Michelangelo statues. The best time to visit is at sunset.
Locate it on the map: Piazzale Michelangelo

The art in this museum rivals that of the Uffizi, with entire rooms dedicated to Michelangelo and Donatello. It focuses on medieval and renaissance art, but there are also superb examples of bronzes, tapestries, and ceramics.
Tickets: Bargello Museum
Official Website: www.bargellomusei.beniculturali.it

Home to several art collections, this 15th-century palace was once the main residence of the Medici family, which showed off its wealth and power through the commissioning and acquisition of works of art. Most of its treasures are now displayed in this palace, divided into different galleries.
Tours and Tickets: Palazzo Pitti
Official Website: www.uffizi.it/en/pitti-palace 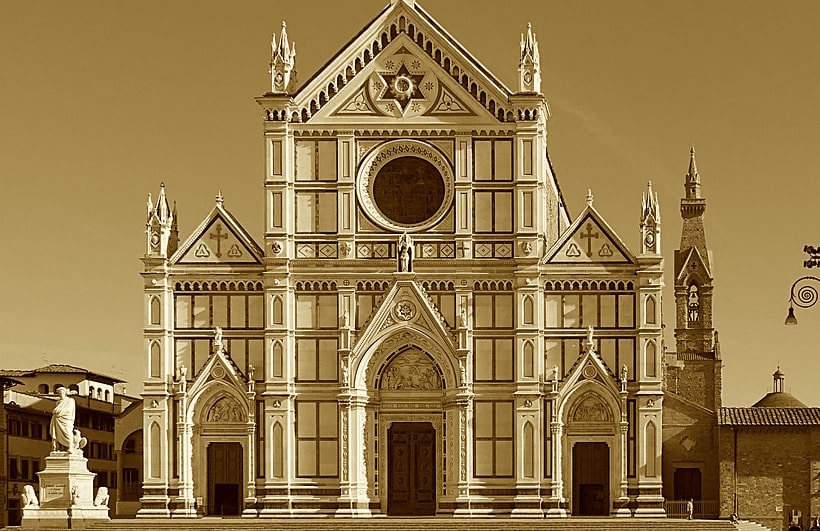 This gothic church from 1240 is the resting place of illustrious locals like Michelangelo, Galileo and Machiavelli. Behind the neo-gothic façade, added in 1863, are 14th-century frescoes and a chapel from 1443 in the cloisters that’s considered a Renaissance masterpiece.
Tickets: Santa Croce Basilica
Locate it on the map: Santa Croce Basilica 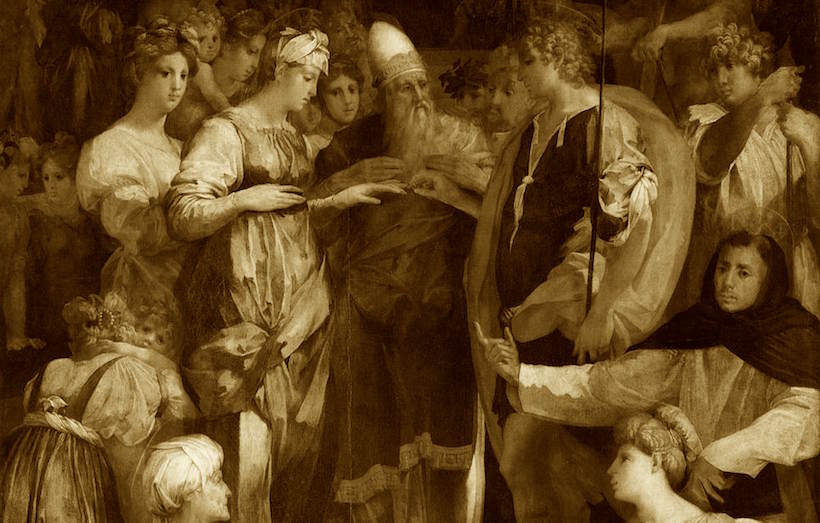 The basilica of the powerful Medici family was embellished by Michelangelo, who designed the library and the family tombs, and by Donatello, who contributed with the sculptures on the pulpit. It was Florence’s cathedral for three hundred years, and remains one of the largest churches in the city.
Locate it on the map: San Lorenzo Basilica 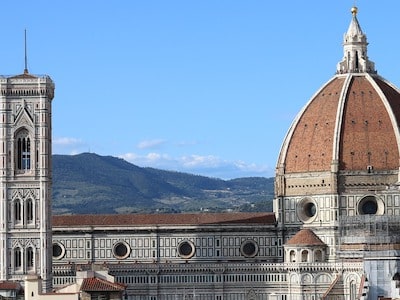