The main things you must see and do in Istanbul 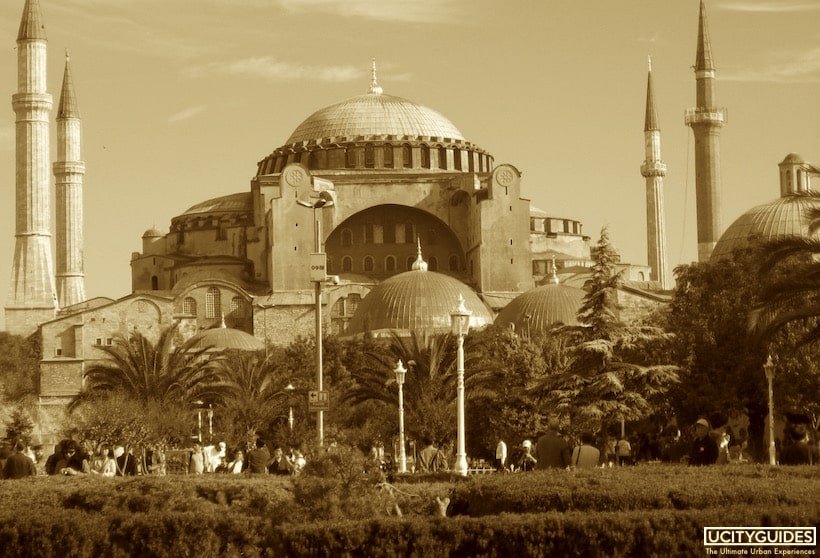 Once the greatest church in Christendom, then a mosque, this is still one of the world's greatest buildings. Originally built in the 6th century, its large central dome is said to have changed the history of architecture. It’s a magnificent example of the Byzantine style, and features golden mosaics which were covered during the 500 years when it served as a mosque.
Tickets: Hagia Sophia
Locate it on the map: Hagia Sophia 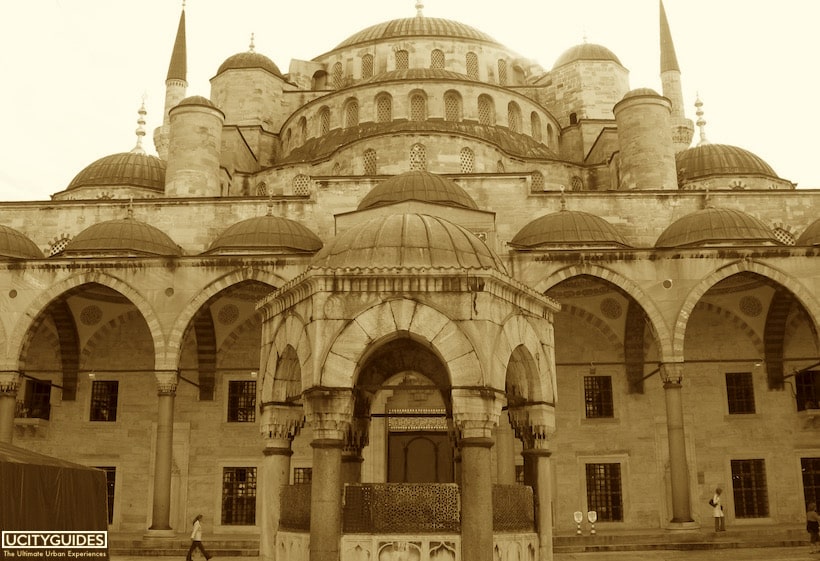 The world's most famous mosque was built between 1609 and 1616, and is one of the world’s most iconic buildings. Its architecture mixes Byzantine and Ottoman features, and it got its name from the blue paint and tiles of the interior. It’s surrounded by six tall minarets, and has a wide central dome with eight smaller ones cascading from it. There are over 200 stained glass windows, which provide plenty of natural light inside. Unlike most mosques around the world, this one is open to visitors, including non-muslims.
Locate it on the map: Blue Mosque 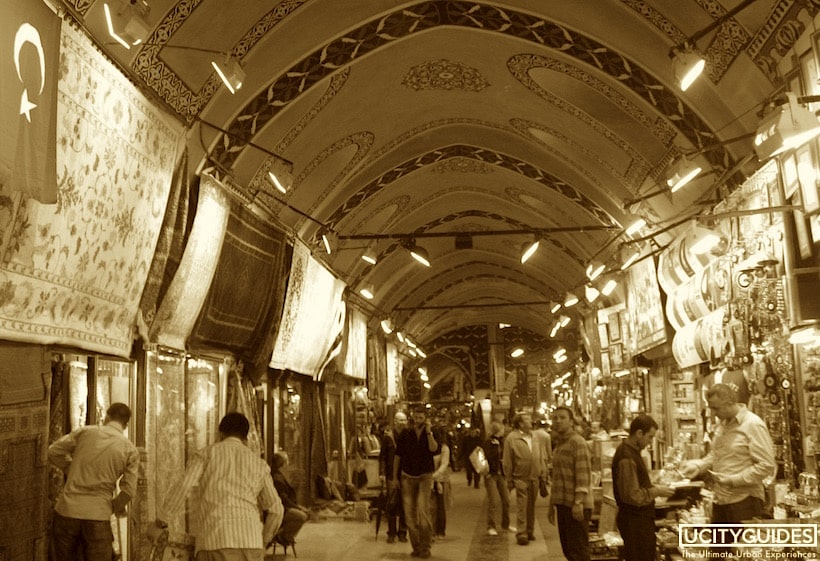 Browsing this bazaar is going through a maze of covered streets with hundreds of stalls vying for attention. Established in the 15th century, it is accessed through a number of gates, and offers everything from jewelry to carpets, antiques, and leather. Each item is sold through haggling.
Locate it on the map: Grand Bazaar 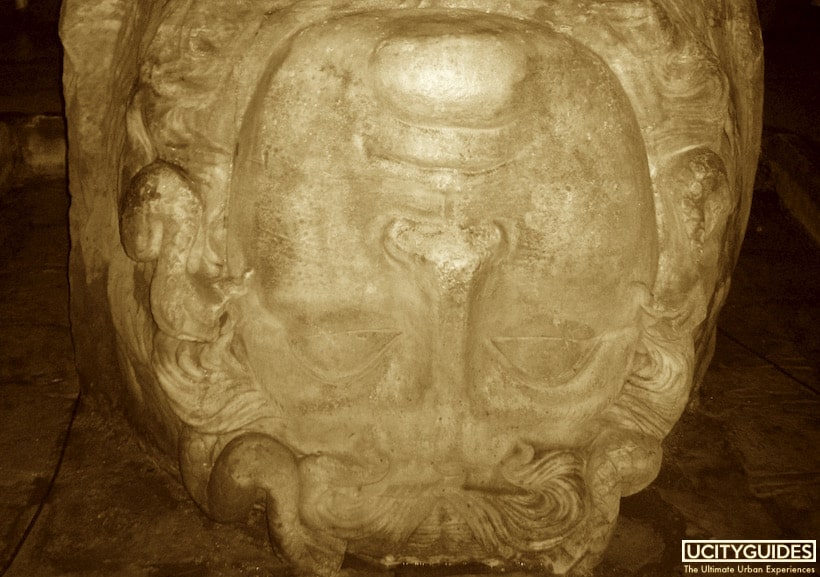 This spectacular underground reservoir was created in the 6th century to provide water to the city. Marble columns support the brick roof, two of them with statues of Medusa at the base, whose origins are unknown. The entire cavernous interior is a fascinating sight, made especially beautiful through careful lighting.
Official Website: www.yerebatan.com

This 15th-century palace was the Sultan’s residence until 1856. It’s now tourists who go through its complex of buildings and courtyards, past mosques, churches, libraries, schools, fountains, the Treasury and the Imperial Harem.
Locate it on the map: Topkapi Palace 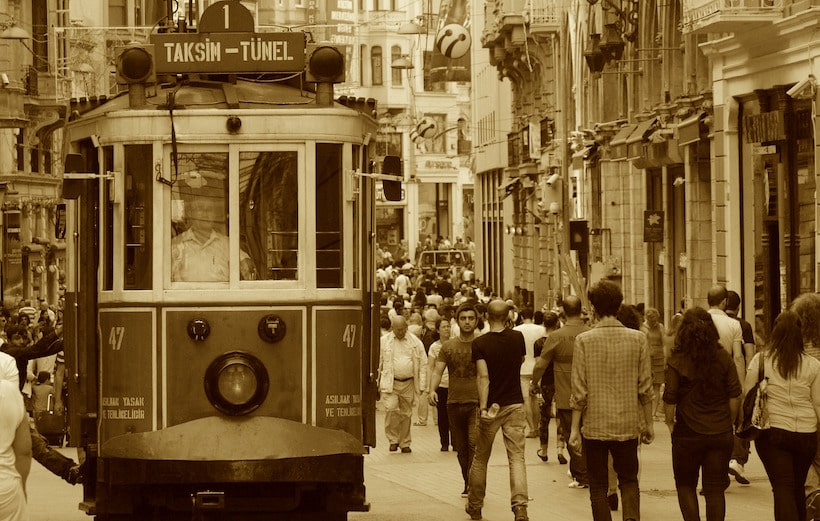 Literally millions of people stroll down this elegant pedestrian street every day. The attraction is its number of cafés, restaurants, shops, galleries, and theaters, housed in 19th-century buildings mixing the neoclassical, neo-Gothic, and Art Nouveau styles. It is crossed by historic trams, which add to the charm of the place.
Locate it on the map: Istiklal Street 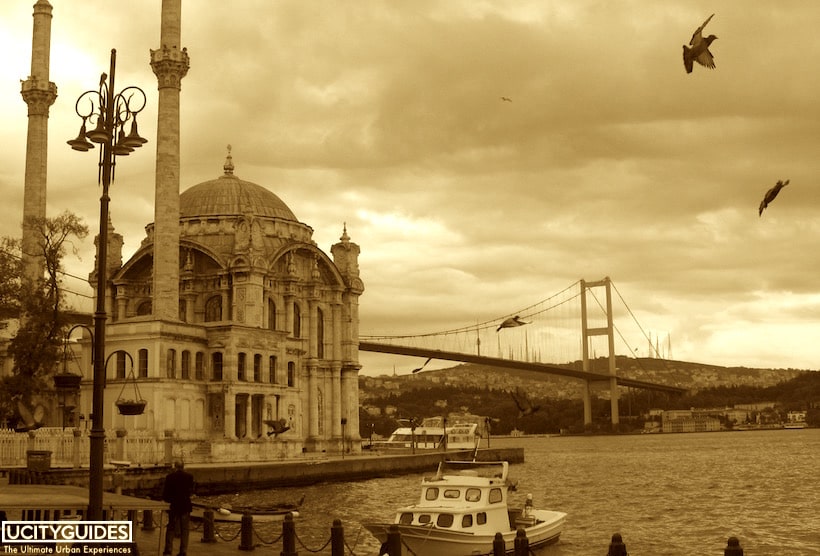 For postcard-perfect views of the Bosphorus and the city, head to this mosque completed in 1856. Although much smaller than other religious buildings in the city, it stands out for it neo-Baroque design, and for its location facing the Bosphorus Bridge which connects Europe and Asia.
Locate it on the map: Ortakoy Camii 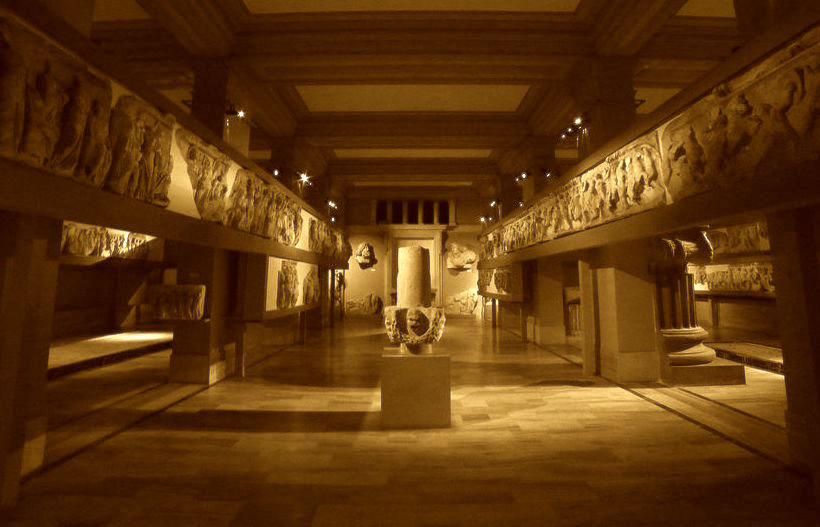 Housing artifacts from all corners of the Ottoman Empire, this museum established in 1892 is found in an imposing neoclassical building. Highlights include a 1st-century BC marble bust of Emperor Augustus, a marble statue of Poseidon, and the 4th-century BC Alexander Sarcophagus with carvings of Alexander the Great. It’s divided into three different galleries -- the main archaeological museum, the adjacent Museum of the Ancient Orient, and the Museum of Islamic Art.
Locate it on the map: Istanbul Archaeology Museums 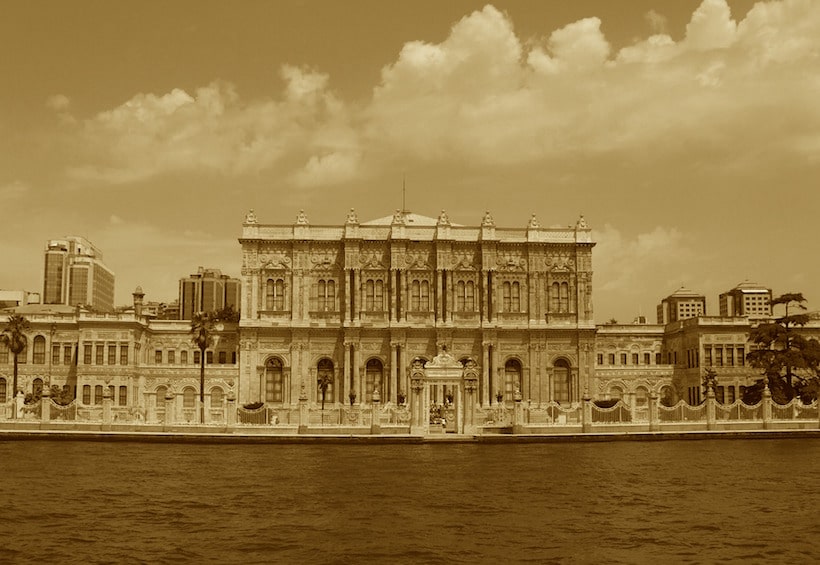 This marvelous palace was home to six Sultans, who apparently needed all of its 285 rooms and six hammam (baths). The architectures mixes baroque, rococo, and neoclassical elements, and one of the rooms (the Ceremonial Hall) features what is said to be the world’s largest crystal chandelier.
Tickets: Dolmabahçe Sarayi Palace Tour
Locate it on the map: Dolmabahçe Sarayi Palace

Built by Genoese colonists, this 14th-century cylindrical tower is one of the city’s main landmarks. Those who climb its 307 steps are rewarded with a panoramic view of the city and the Bosphorus.
Locate it on the map: Galata Tower 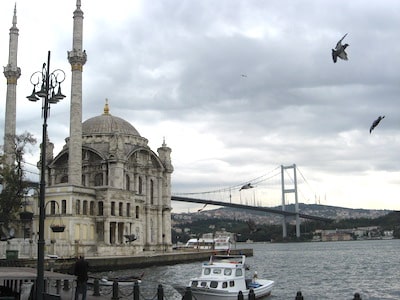