The main things you must see and do in Las Vegas

Las Vegas’ famous skyline is made up of replicas of some of the world’s greatest monuments. They line Las Vegas Boulevard, more famously known as “The Strip,” and are the city’s grand casino-hotels. It’s the “theme park Vegas” everyone looks for and the site for all those “look at me in Vegas” selfies.
Locate it on the map: The Strip 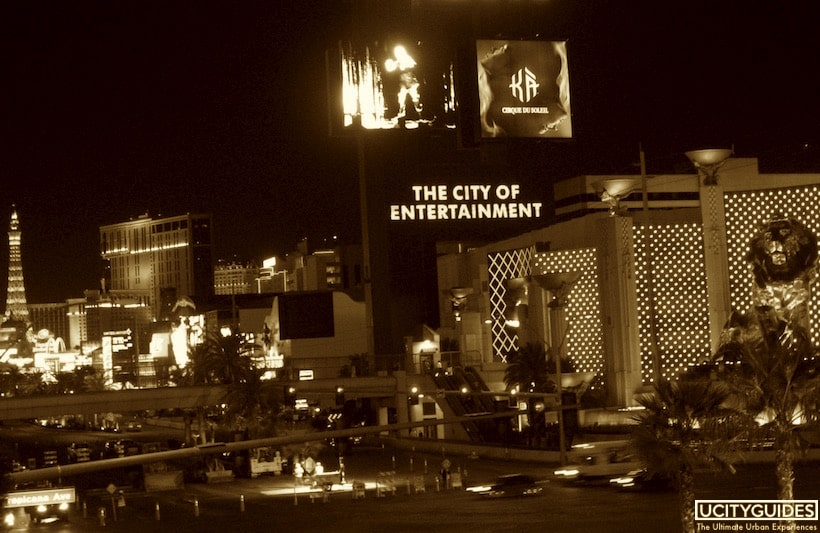 The casinos on The Strip and surroundings are even more famous for their shows than for the gambling. There are literally hundreds to choose from, but you’ll want to bet on the megaproductions and concerts by some of the world’s biggest pop stars. Divas like Cher, Celine Dion, Mariah Carey and Britney Spears have all had nightly shows here, and you’ll know who’s in town through the billboards that line the streets.
Tickets: Las Vegas Shows 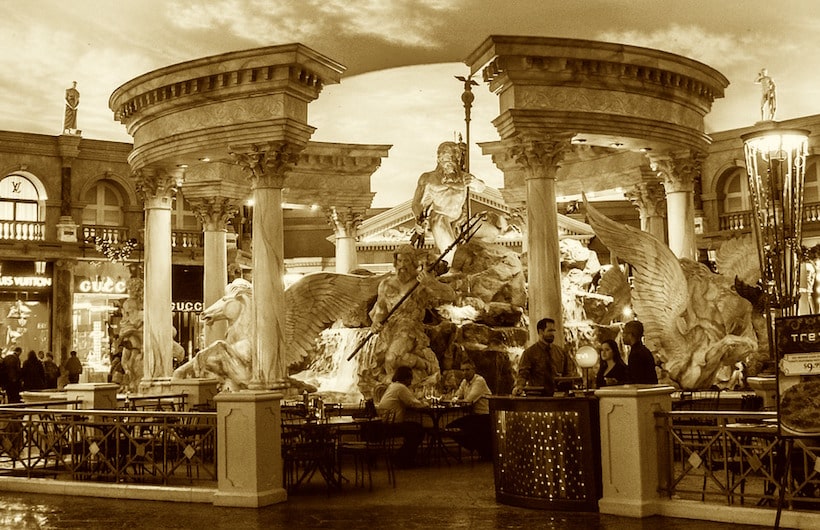 Known as the highest-grossing mall in America, The Forum was added to Caesar’s Palace in 1992, and has since then been the place for luxury shopping in Vegas. Even if you’re not looking to splurge, it’s a must-see for the Greco-Roman fantasy architecture, restaurants, bars, and a few more affordable stores.
Bookings: Caesar's Palace 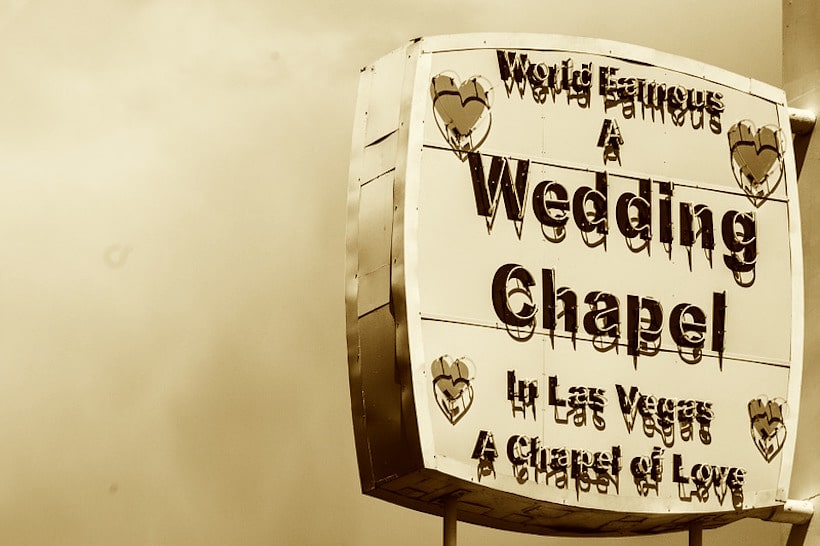 Even if you’re not planning to elope or don’t think you’ll end up agreeing to a spontaneous wedding, see the famous chapels where thousands of couples get married each year. There are several where that often-spur-of-the-moment decision takes place, but the most famous are the Graceland Chapel where Jon Bon Jovi and other celebrities tied the knot, and the Little White Chapel where Britney Spears said “I do” and two days later said “Actually, I don’t.”
Tickets: Graceland Chapel
Official Website: www.gracelandchapel.com

One of Las Vegas’ most luxurious casino hotels has one of the city’s most famous attractions. Every afternoon, the Bellagio Fountains put on a show of light and music which can be seen from different points on the Strip, although it’s at its most spectacular at night. The display is choreographed to different songs, including the national anthem, Elvis Presley’s “Viva Las Vegas,” and Celine Dion’s “My Heart Will Go On.”
Bookings: Bellagio

The top of the Stratosphere Tower is something of an amusement park. It has thrill rides and a revolving restaurant, but you don’t have to dine or test your fears to enjoy a visit. You can simply go up for the observation deck, which offers the best views of the city.
Bookings: Stratosphere Hotel 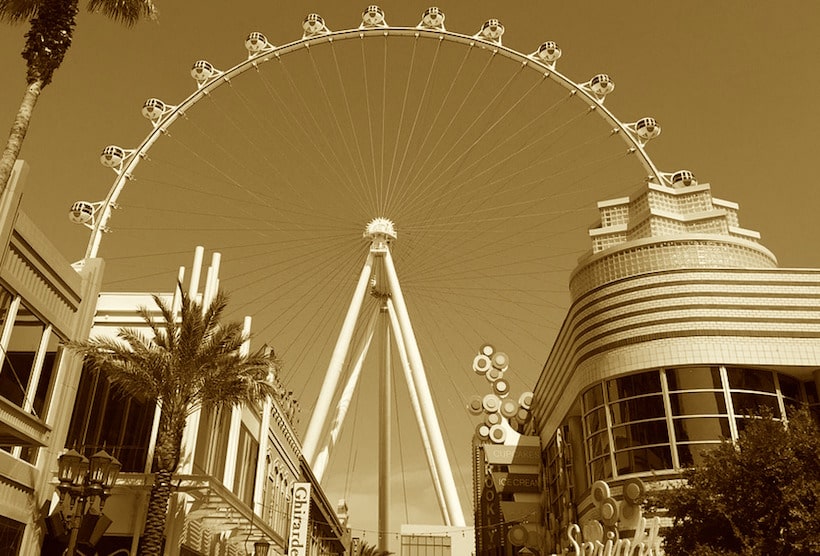 This giant Ferris wheel opened in 2014 and is the world’s tallest. It takes 30 minutes for the entire wheel to rotate, and is a fun (and romantic) way to see the city from above.
Tickets: High Roller Wheel

Even if you’re not an architecture buff, you’ll want to see this building designed by Frank Gehry. It’s a titanium-panelled structure completed in 2010, housing the Lou Ruvo Center for Brain Research, but you may tour the interior.
Locate it on the map: Lou Ruvo Center 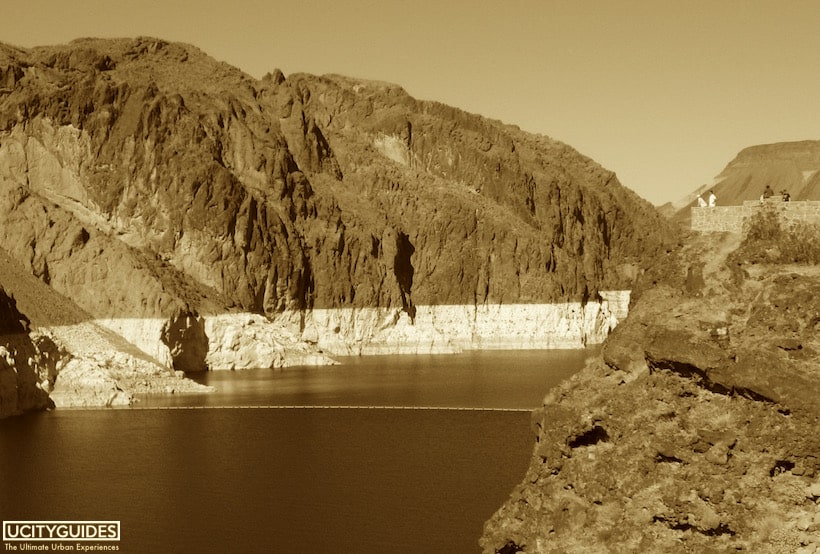 Located on the border of Nevada and Arizona, the Hoover Dam is a popular day trip from Las Vegas, as it only takes about 40 minutes to reach. Constructed in the 1930s, the concrete dam is in a scenic location in the Black Canyon of the Colorado River, and visitors may tour the interior and learn about the incredible details of its construction and engineering in its small museum.
Tours: Hoover Dam Tours 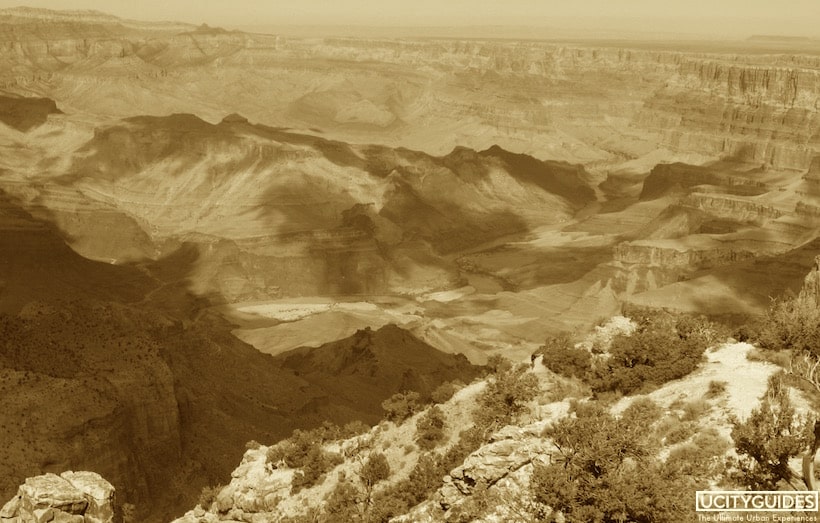 When in Vegas, you can’t miss the opportunity to see one of the world’s great natural wonders. The Grand Canyon is a 120-mile (190 km) ride from the city, and since 2007 has a glass walkway called the Skywalk, which takes visitors hundreds of feet above the canyon for breathtaking views.
Tours: Grand Canyon Tours

Enjoy free or reduced admission to many of the top attractions, and get a complimentary guidebook:

Hop on a sightseeing bus, go on a walking tour or day trip: