The main things you must see and do in Los Angeles

This legendary boulevard has lost all of its Hollywood Golden Age (early-to-mid 1900s) glamour, and is now even a little seedy. However, no trip to LA is complete without a stop at its famous Hall of Fame, found between La Brea Boulevard and Vine Street. It pays tribute to over 2000 celebrities from the past and present, with brass stars on the pavement. Its most famous buildings are the Dolby Theatre (formerly the “Kodak Theatre” and still home of the annual Academy Awards presentation) and Grauman’s Chinese Theatre (where film legends left their footprints in cement). Nearby is the Hollywood Museum, with an extensive collection of memorabilia from movies and TV shows.
Tours: Hollywood
Locate it on the map: Hollywood Boulevard 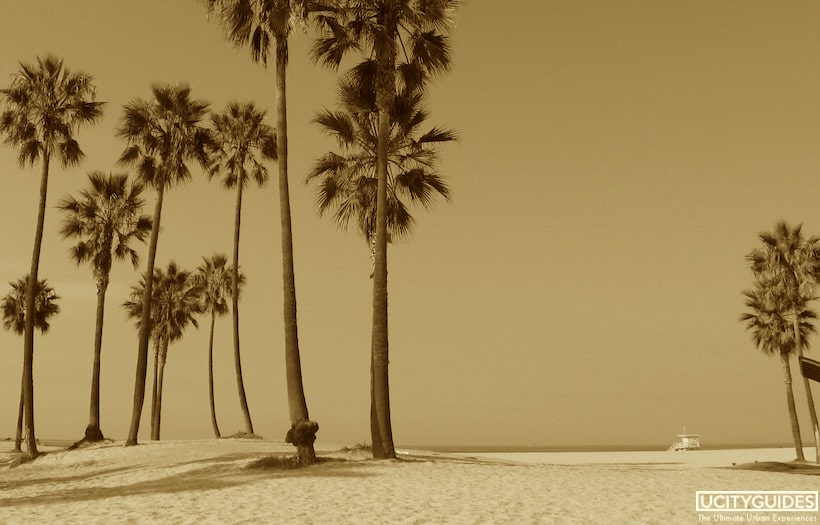 Los Angeles is more than a city, it’s also the beach towns beside it. If you only have time for one of them, make it Venice Beach. Its Ocean Front Walk (known as Venice Boardwalk) and Abbot Kinney Boulevard are where people of all tribes get their skin tattooed, their hair braided and their fortune told, making it something of a human spectacle and a fun place to be. In between are some interesting boutiques, bars, and galleries.
Locate it on the map: Venice Beach 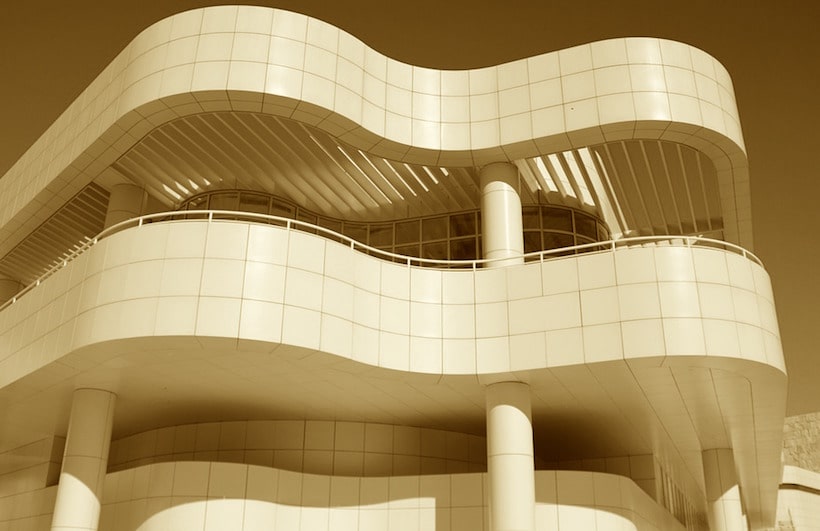 L.A.’s top cultural attraction is an art campus that’s home to the Getty Museum. It offers a breathtaking view of the city, while inside the museum is a notable collection of pre-20th-century European paintings, sculpture, photography and decorative arts. Among the highlights are Vincent van Gogh’s “Irises” painting and the sculptures displayed outside in the beautiful gardens.
Official Website: www.getty.edu 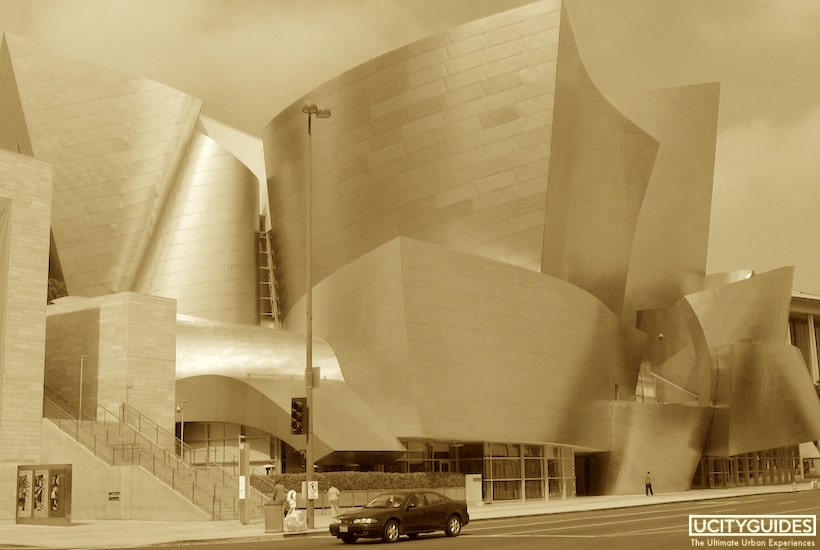 Designed by Frank Gehry to become the home of the Los Angeles Philharmonic, this sculptural stainless-steel building is the city’s modern icon. Even if you choose not to head inside for a show, you’ll want to admire the exterior and to take that Instagram shot in front of it.
Official Website: www.laphil.com 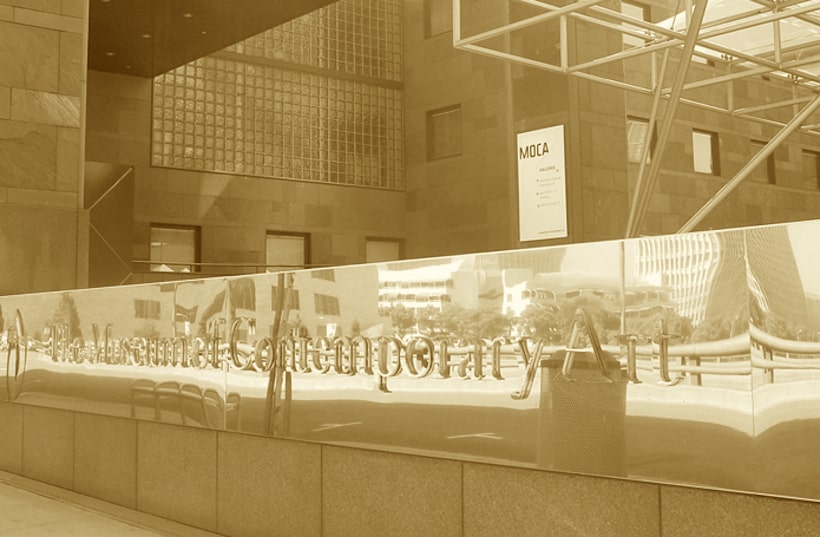 Just a few feet from the Walt Disney Concert Hall, this museum has a collection of American and European art created since 1940. On permanent display are pieces by major artists like Lichtenstein and Pollock, making it rival New York’s MoMA as the greatest modern art museum in the United States.
Official Website: www.moca.org 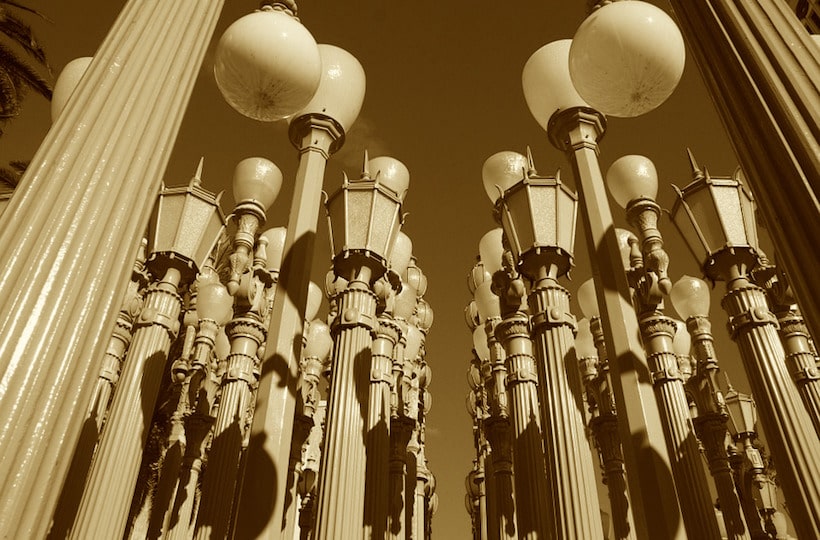 For yet another dose of culture head to this surprising museum, which is the largest on the American West Coast. It presents collections from ancient times to the present, ranging from pre-Columbian art from the Americas to twenty works by Picasso.
Official Website: www.lacma.org 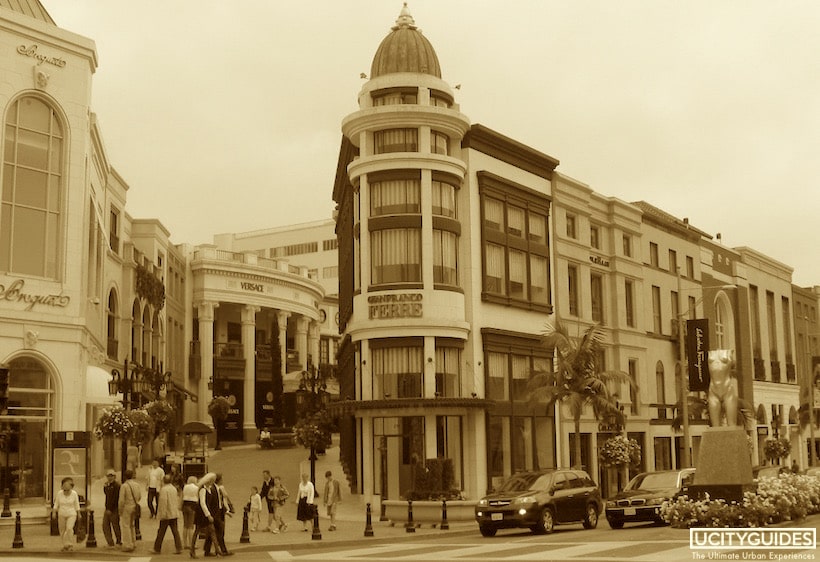 By now, everyone around the world is familiar with Beverly Hills as a place synonymous with wealth and fame. Located outside central Los Angeles, it’s where many celebrities live, and tourists go on guided bus tours of their homes. In the center is Rodeo Drive, a luxurious shopping street with European-style buildings housing the stores of many of the world’s most exclusive fashion labels.
Locate it on the map: Rodeo Drive

This movie-based theme park offers more than thrill rides. There are also live action shows and a studio tour made even more exciting through special effects. Tourists of all ages love seeing the characters, the sets and scenes from their favorite movies and TV show come to life, so expect long waits at each attraction. To save you some time and patience, be sure to get your tickets ahead of time.
Tickets: Universal Studios Hollywood 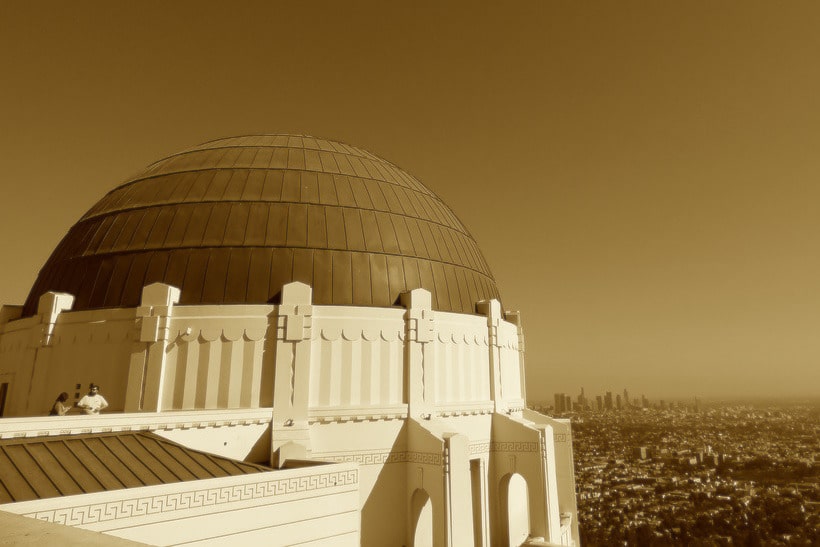 The impressive views over Los Angeles are reason enough to visit this landmark from 1935, but there are also fascinating exhibits throughout the year plus the planetarium shows. It stands in Griffith Park, the largest urban park in the country.
Tours: Griffith Park

After Venice Beach, your second seaside destination should be Santa Monica. Its Santa Monica Pier attracts families for its amusement park atmosphere, while pedestrian-friendly palm-lined streets invite you to shop before or after a day at the beach, which is the real reason to pass by.
Locate it on the map: Santa Monica

You'll need a car to get around Los Angeles. Find the right car at the right price for you: