The main things you must see and do in Miami 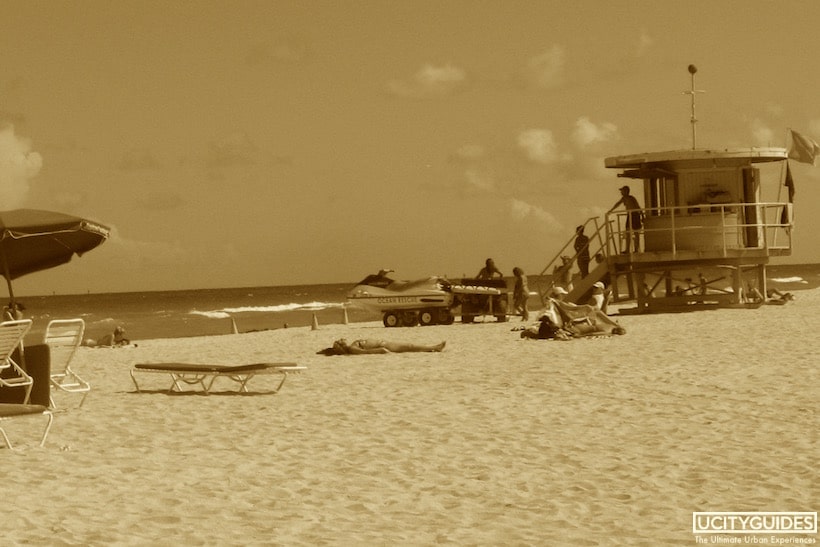 South Beach is the reason everyone heads to Miami. It’s where the beautiful people get together, on the sand during the day and at the oceanfront restaurants and bars at night.
Locate it on the map: South Beach 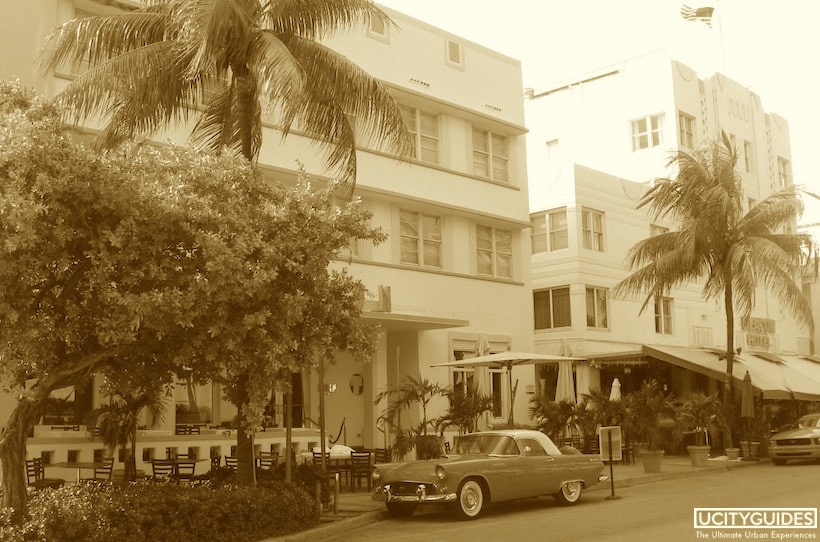 Ocean Drive is the heart of the famous Art Deco District, which preserves over 1000 colorful art deco buildings, many of them now hotels, restaurants and bars. Several have been featured in movies and are protected as historic monuments.
Locate it on the map: Art Deco District 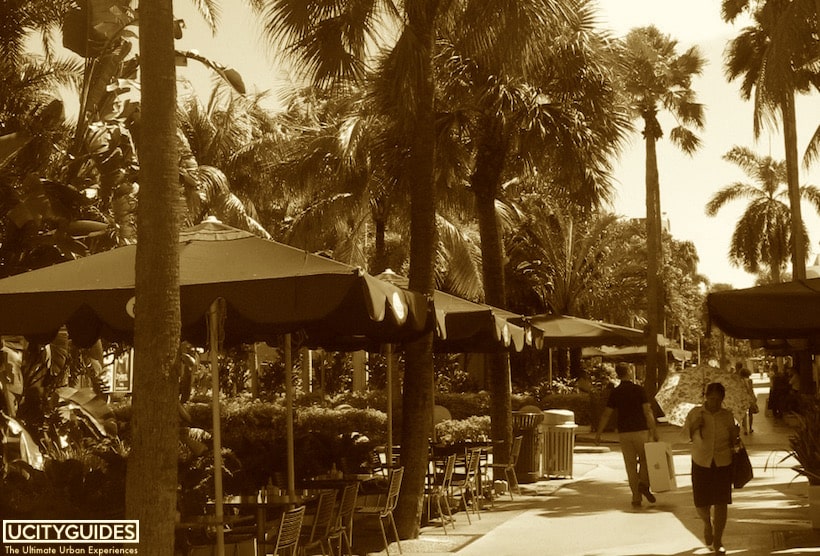 Miami’s main shopping street is an attractive pedestrian-only space that’s essentially an outdoor mall. In addition to the stores, it has a variety of spots for eating and drinking, many of them with outdoor seating.
Locate it on the map: Lincoln Road 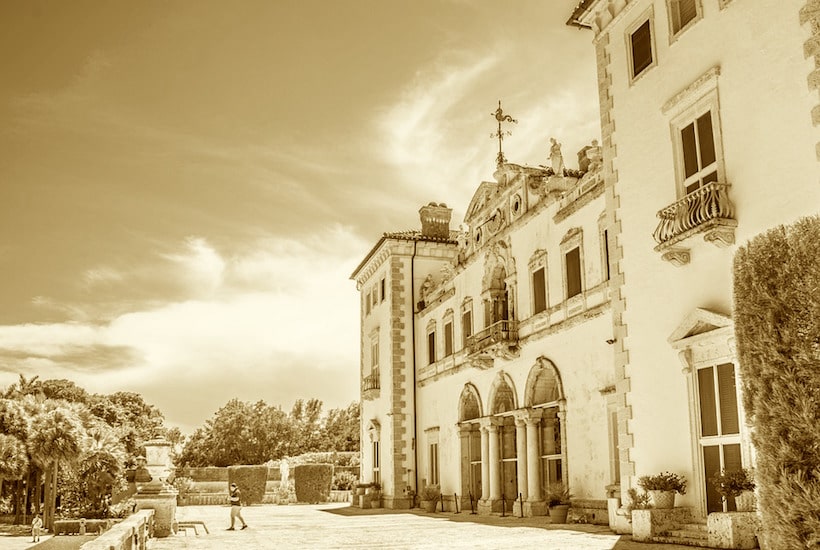 Formerly known as Villa Vizcaya, this is the early-20th-century estate of businessman James Deering, and features large Italian Renaissance-style gardens in addition to the Mediterranean Revival villa that is now a museum. It’s divided into 70 rooms, displaying decorative art from Europe, dating from the 15th to the 19th centuries.
Tickets: Vizcaya Museum and Gardens
Official Website: vizcaya.org

This street (officially SW 8th St.) is the heart of Little Havana, Miami’s soulful Cuban district. Musicians and artists often take it over for special events throughout the year, but at any time you’ll get a taste of the Latin island through the many cafés and restaurants.
Tours: Little Havana Tours
Locate it on the map: Calle Ocho

After the Vizcaya, this is Miami’s best museum. It is easy to reach by Metrorail (the stop is “University”), and has a surprisingly extensive collection of European and American art. There are pieces from ancient Greece and Rome, as well as from pre-Columbian Americas, and paintings from El Greco to Roy Lichtenstein.
Official Website: www.lowe.miami.edu

Proving that Miami isn’t just fun at the beaches and bars, this center of contemporary art and culture is conveniently located on the Lincoln Road shopping street. Open since 1984, it presents temporary exhibitions of local, national and international artists.
Official Website: oolitearts.org 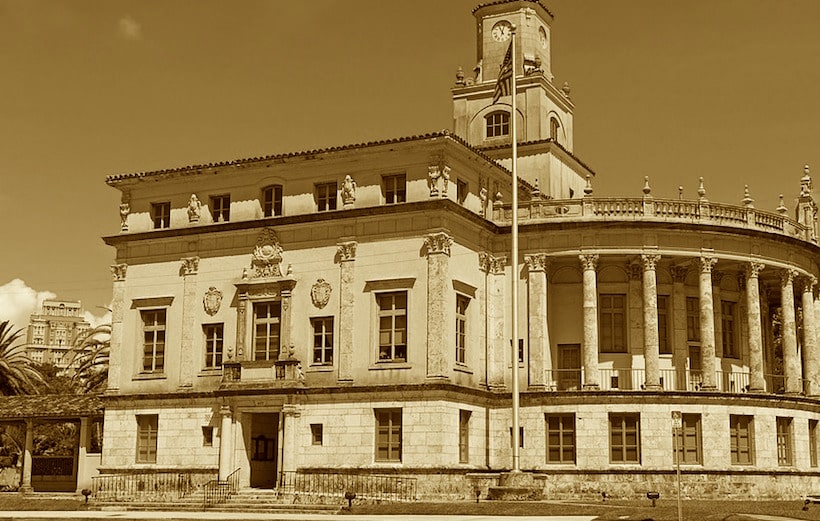 This 1920s “model suburb” is home to Mediterranean-style homes and is the destination to relax away from the noisy Miami beaches. Located just four miles from Miami International Airport, it’s a pedestrian-friendly place, with sophisticated shops and restaurants.
Locate it on the map: Coral Gables 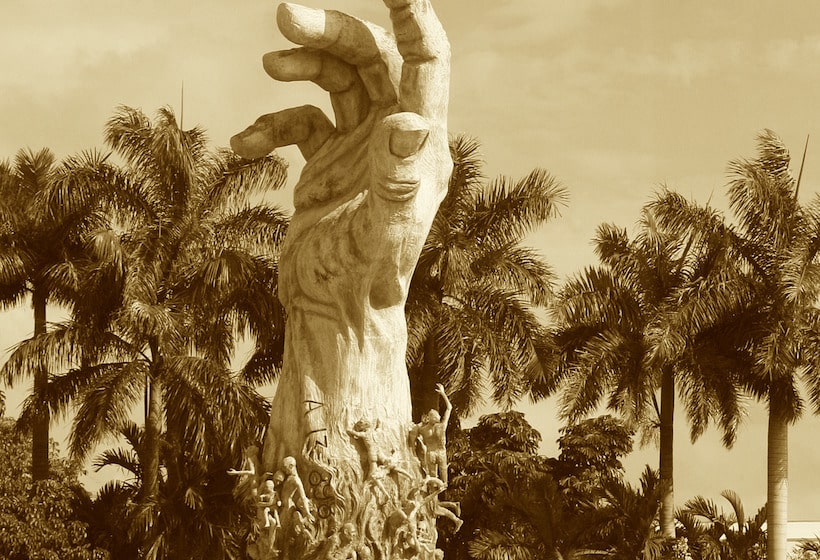 There are Holocaust memorials in many cities, but Miami’s is arguably the most beautiful. It’s a sculpted outstretched arm reaching for the sky, with small human figures clinging to it and to each other. Around it are images of the death camps and a wall with the names of the victims. It was conceived by Holocaust survivors and unveiled in 1990.
Official Website: holocaustmemorialmiamibeach.org 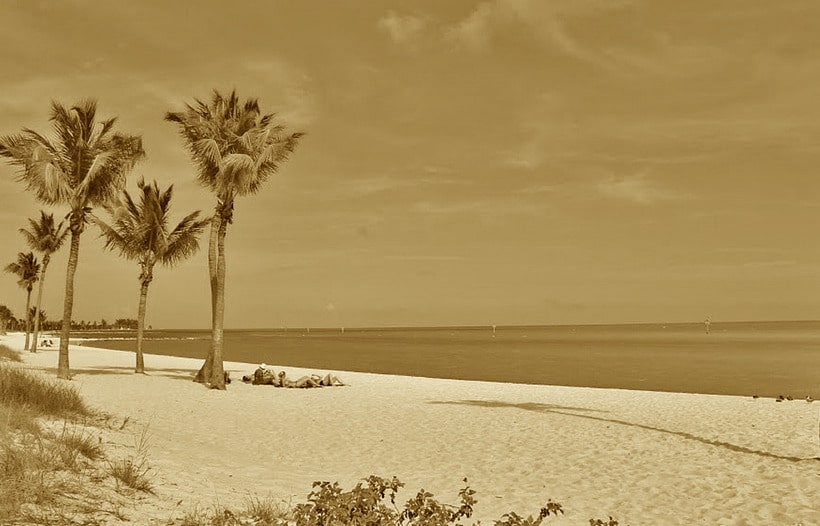 Miami is the perfect starting point of a trip to the Florida Keys, a coral cay archipelago off the Florida coast. The most popular island is Key West, which is also a city, a beautiful tropical oasis, with palm-shaded trees and known for its sunsets.
Tours: Key West 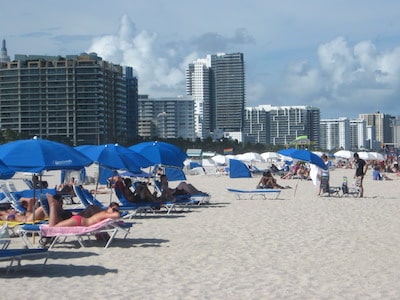