How to get to and from the port and airport, and getting around the islands on public transportation 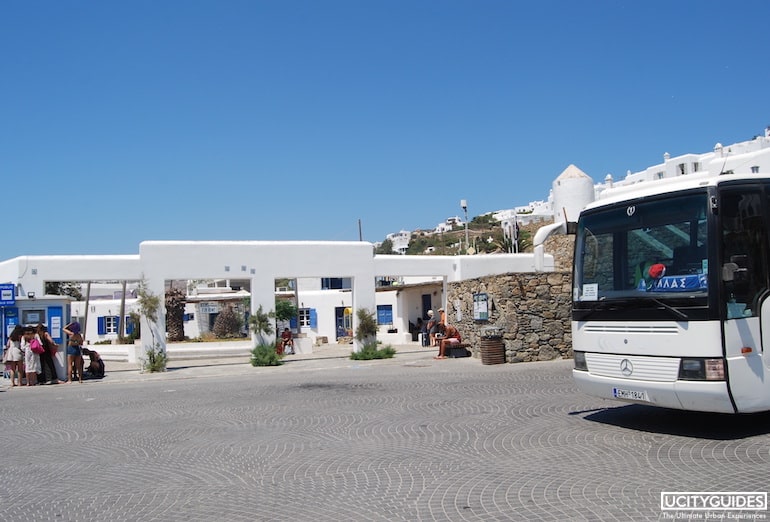 
Arriving in Mykonos and Santorini

Although Mykonos is only a 20-minute flight from Athens, most visitors arrive on the island after a 4-hour ferry ride. From the tiny airport, the center of the island is reached by bus, while if you're arriving by ferry, you'll step off at the new port, to the north of the island. Ferries depart from one of two ports in Athens -- Piraeus or Rafina. Piraeus is more accessible from central Athens (it can be reached by metro), while Rafina is a less-accessible bus ride away.
Ferries from Athens to Santorini depart from Piraeus, while other less frequent ferries connect Mykonos and Santorini. Many hotels offer transfers from the port, so check if yours is one of them before you go. Otherwise, you'll have to take a bus to Fira (the capital of Santorini), or to other destinations on the island. Taxis are also available, but keep in mind that they cost five times as much.

Transfers from the Port and Airport in Mykonos

If you don't wish to rely on public transportation and prefer the convenience of a transfer in Mykonos, here are your options:

Transfers from the Port and Airport in Santorini

If you don't wish to rely on public transportation and prefer the convenience of a transfer in Santorini, here are your options:

Getting Around Mykonos and Santorini

Once in Mykonos, walking is the only way to get around in the center, as no cars are permitted in its narrow streets. To get to the beaches, frequent bus service departs from a terminal called Fabrika and the Old Port. You may also choose to rent a car to allow more freedom to see more of the island and to reach more beaches.
To get around Santorini, use the buses that connect the central bus station in Fira to most of the island. Most visitors, however, choose to rent a car. 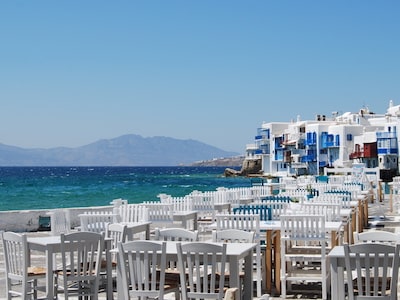 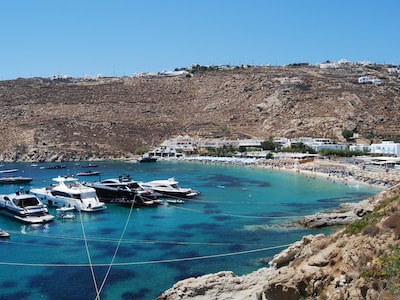