The main things you must see and do in Prague 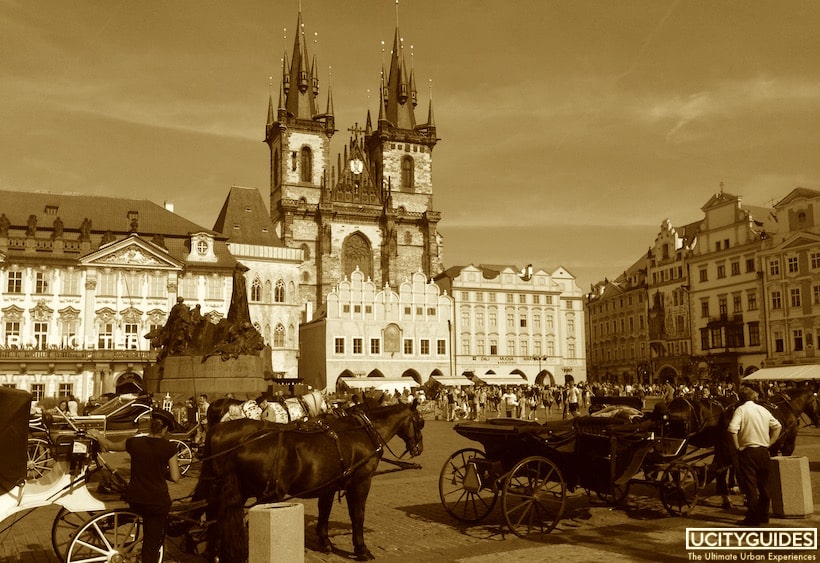 It’s one of the world's most beautiful squares, the place everyone gravitates to in Prague. It has some wonderful storybook architecture, including the famous 15th-century Astronomical Clock. It’s a former marketplace, but is now mostly a place to sit at an outdoor café and admire all the beautiful buildings that surround it. One of them is Tyn Church, a true Prague icon with two gothic towers and a baroque interior.
Locate it on the map: Old Town Square 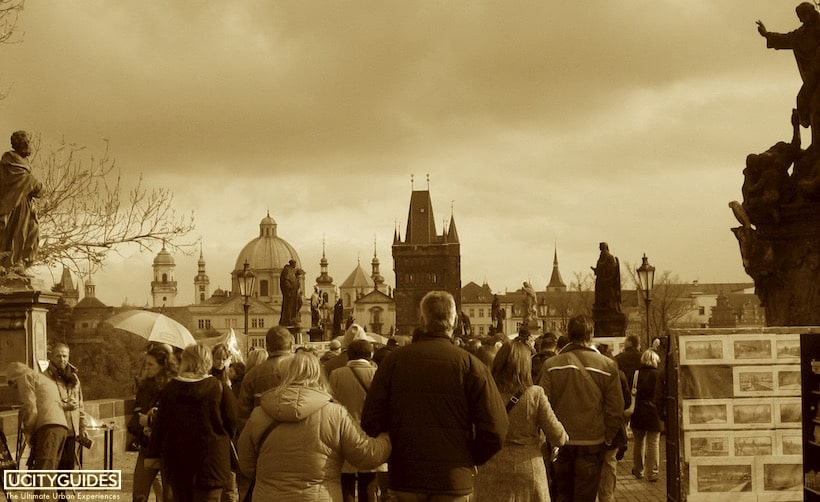 This monumental pedestrian bridge (lined with 30 baroque sculptures) is one of the world’s most beautiful, offering postcard views of the city. It’s always crowded with tourists, but street artists and the views make it a joy to cross.
Locate it on the map: Charles Bridge

In the Guinness Book of World Records as the world's largest castle complex, this is also a UNESCO World Heritage Site, composed of palaces in different architectural styles, ranging from the Gothic to the Baroque.
Tickets: Prague Castle Entrance Tickets and Tours
Official Website: www.hrad.cz 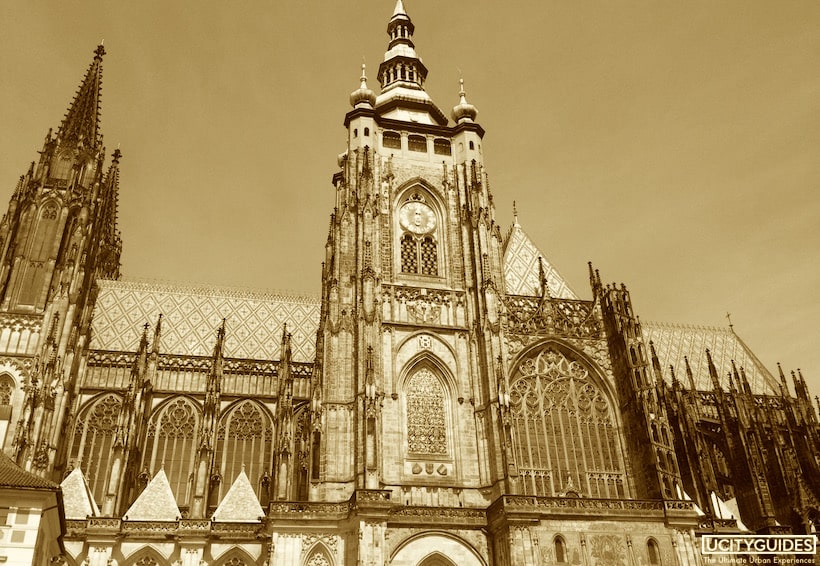 Found inside the Prague Castle complex, this huge cathedral is a beautiful Gothic monument that’s been used for the coronation of Czech kings and as the final resting place of the nation’s most important personalities.
Official Website: St. Vitus Cathedral

This palace houses a museum with a collection of European masters like Durer, El Greco, Goya, Rembrandt and Rubens. It is also worth a visit for the baroque architecture of the palace itself.
Official Website: Sternberg Palace

Although it’s called “square,” this is really a boulevard, and one of Prague’s main shopping destinations. It’s also home to several cafés and restaurants, many housed in beautiful Art Nouveau buildings.
Locate it on the map: Wenceslas Square

It’s one of Europe's finest baroque churches, with a jaw-dropping interior. Found not far from Old Town Square, it’s decorated with sculptures, paintings and frescoes.
Locate it on the map: St. Nicholas Church 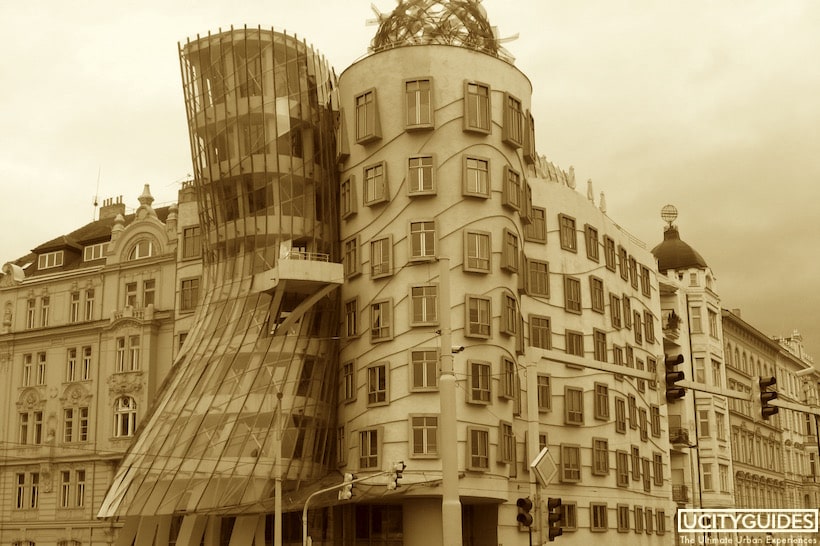 Frank Gehry designed this controversial building which has become known as “the dancing house.” It would stand out anywhere, but does so even more here, among neo-baroque and Art Nouveau buildings. Part of it is now a hotel, which you may book here:
Bookings: Dancing House

The Veletržní Palác building is quite unattractive from outside, but inside there’s an outstanding collection of modern Czech and European art. The exhibits are always changing, but you may usually see works by Picasso, Monet, Van Gogh, Renoir, Miró and others.
Official Website: www.ngprague.cz 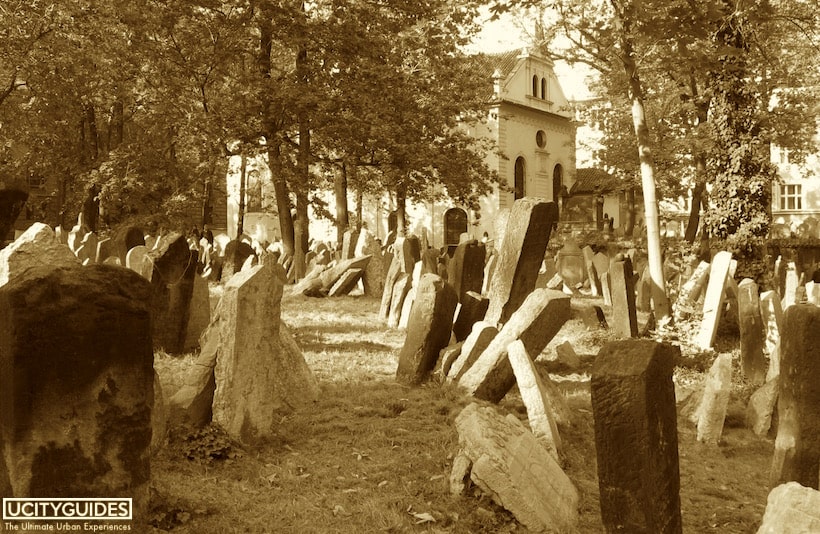 It’s one of the world’s most haunting cemeteries, next to one of the world’s best-preserved synagogues. You don’t have to be Jewish to make this a must-see destination.
Tours: Jewish Prague Tours
Locate it on the map: Old Jewish Cemetery 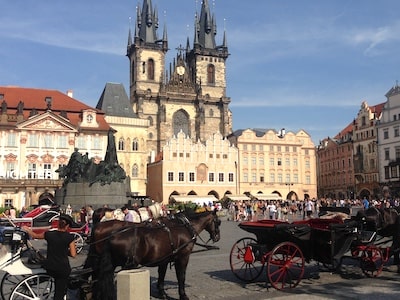