The main things you must see and do in Seville 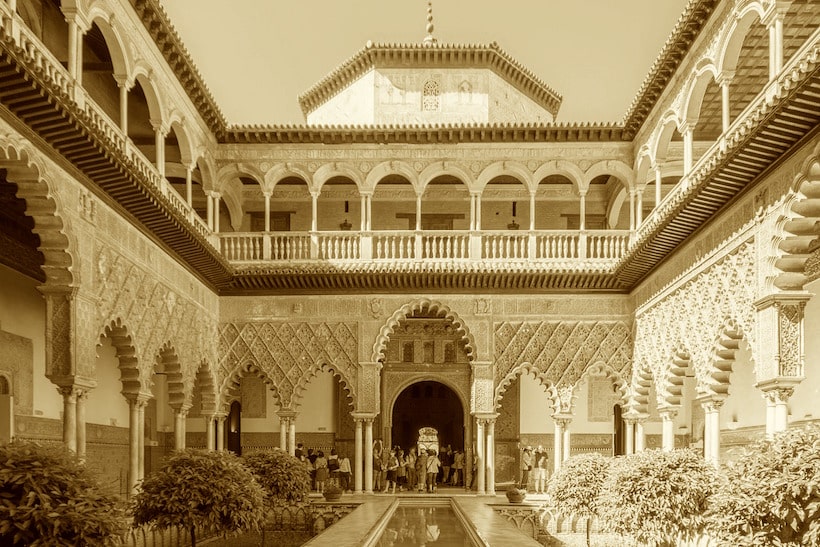 From the ruins of a 10th-century fort rose a royal palace rich in architectural details, such as exquisite latticework and tiling. It also features stunning courtyards, gardens and fountains. Inside it is decorated with tapestries, intricate plasterwork, and more tiles covering the walls of the vaulted halls.
Tickets: Royal Alcazar
Official Website: www.alcazarsevilla.org 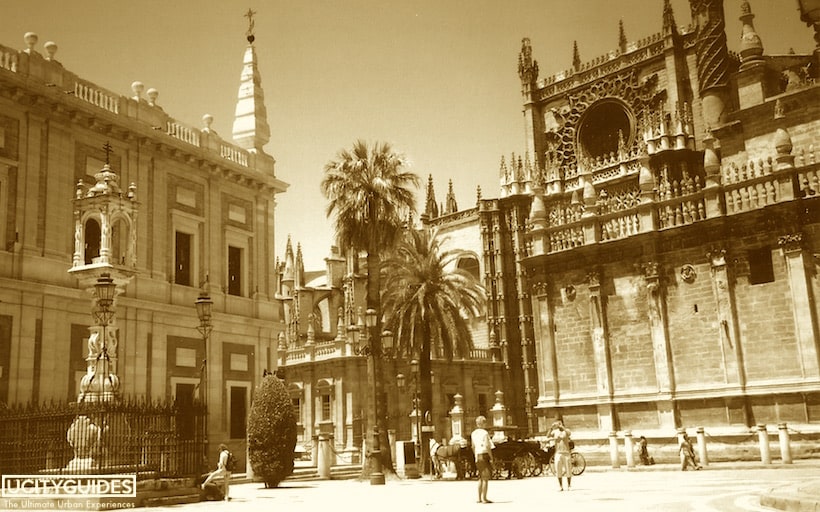 Seville’s cathedral is the world’s largest gothic church and the third largest of any kind. It stands on the site of a great mosque, of which the former minaret (now the bell tower) still survives. Its was built in 1401, and is where you find the tomb of explorer Christopher Columbus. For a view over the entire city, climb up La Giralda (the bell tower).
Tickets: Seville Cathedral
Official Website: www.catedraldesevilla.es 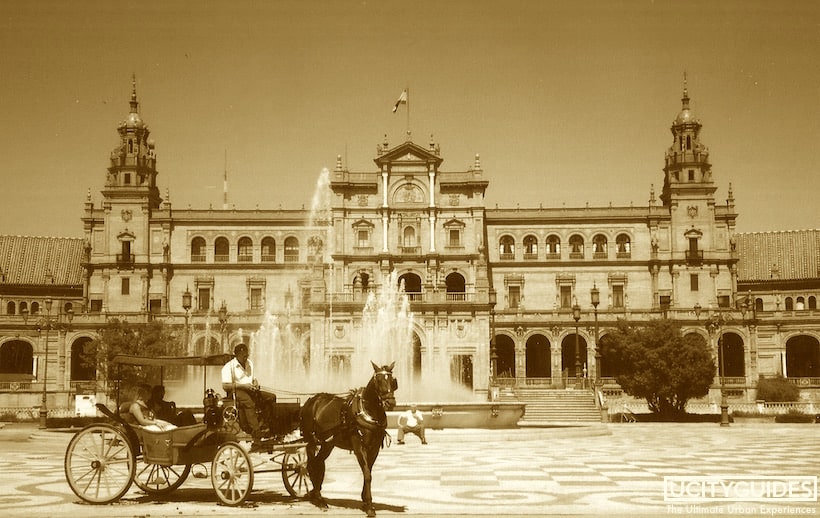 The landscaped park where the 1929 Ibero-American exposition took place has several notable buildings, but the main attraction is the extravagant Plaza de España. This public square (in reality, a half-circle) is decorated with tiles, some of them depicting Spain’s different regions. It is one of the city’s most photographed sights, and has been used as a backdrop for films like “Lawrence of Arabia” and "Star Wars: Episode II – Attack of the Clones."
Locate it on the map: Plaza de España 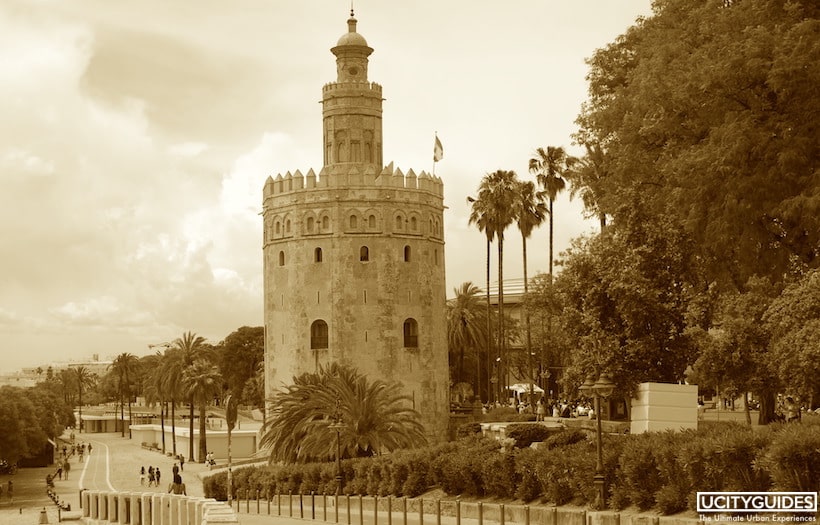 This octagonal Moorish tower has been standing beside the Guadalquivir River since the 13th century. It was meant to protect the port, but today it houses a small maritime museum and offers city views from the top.
Locate it on the map: Torre del Oro 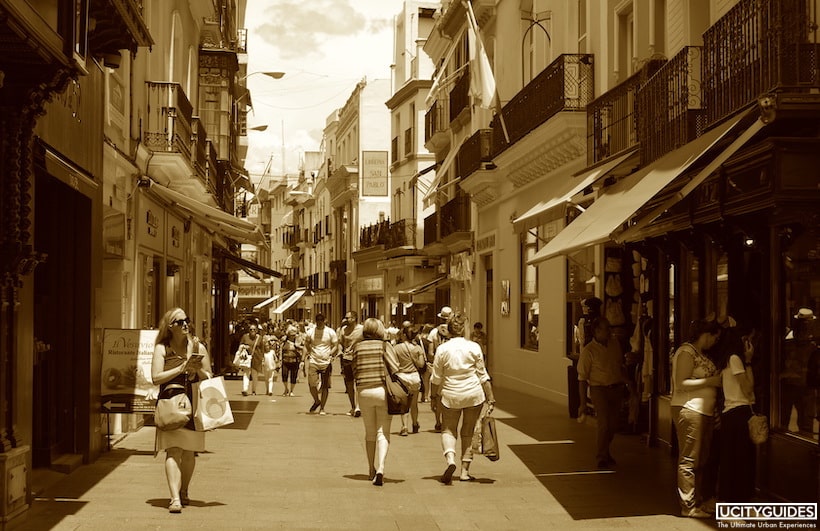 The pedestrian “Street of the Snakes” is Seville’s main shopping street, although the parallel streets of Tetuán and Cuna are now just as popular. It’s where locals go window-shopping, and where tourists find some historic stores selling traditional fans and mantillas (lace headdresses) next to international retailers.
Locate it on the map: Calle Sierpes 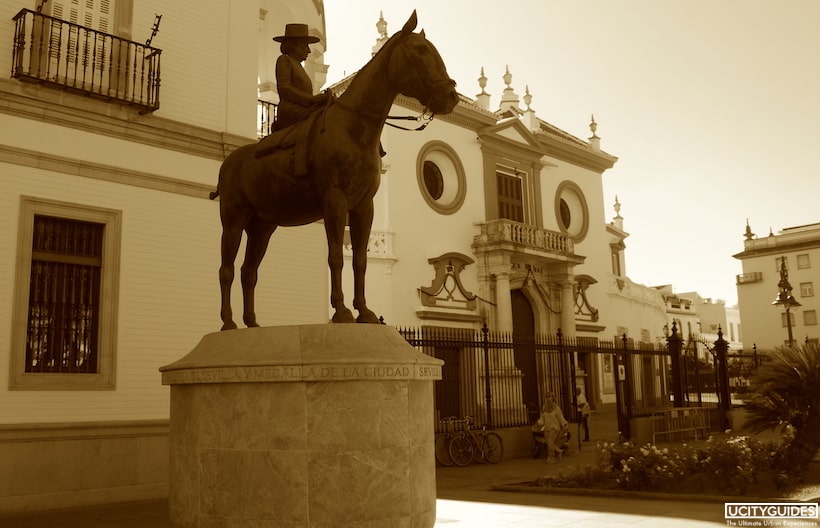 Spain’s most famous bullring dates from 1881 and is worth a visit for its architecture and history. Even anti-bullfighting activists will enjoy admiring its baroque arches, the Portuguese-style tiles, and the costumes in the museum.
Official Website: plazadetorosdelamaestranza.com 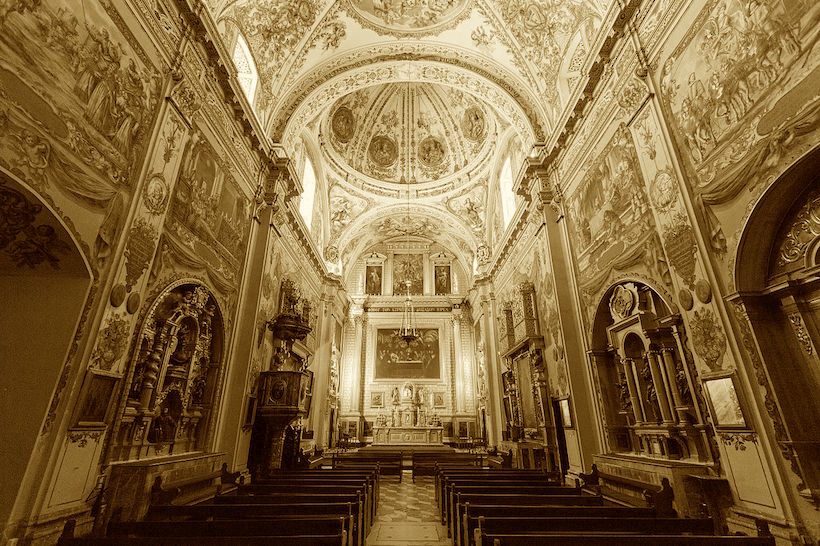 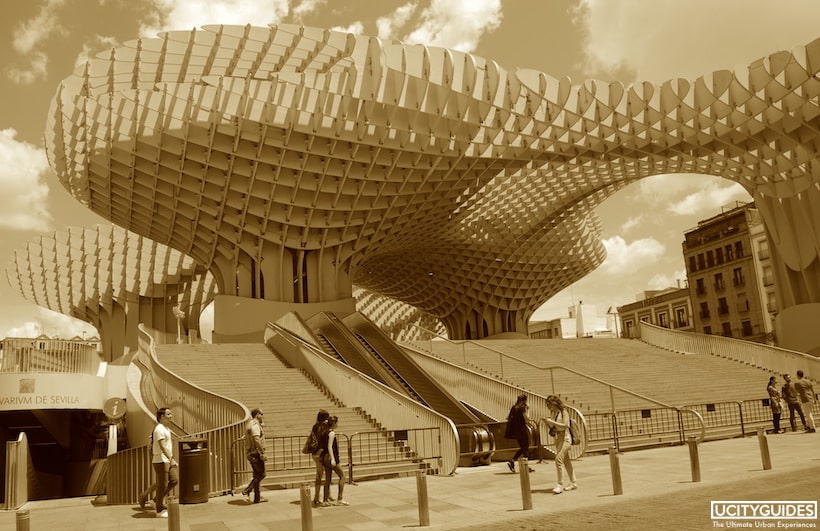 This mushroom-shaped structure has become Seville’s modern icon. Completed in 2011, it’s said to be the largest wooden structure in the world. It covers a market, and from the upper level you may admire a view over the city.
Locate it on the map: Las Setas

The colorful neighborhood of Triana is a hotspot for tapas lovers, but is also the home of flamenco dancing. Once the Gypsy quarter, it remains a traditional place, with atmospheric flower-filled streets and ceramics shops. The flamenco dancing can be seen at night, at the many bars of the neighborhood.
Locate it on the map: Triana 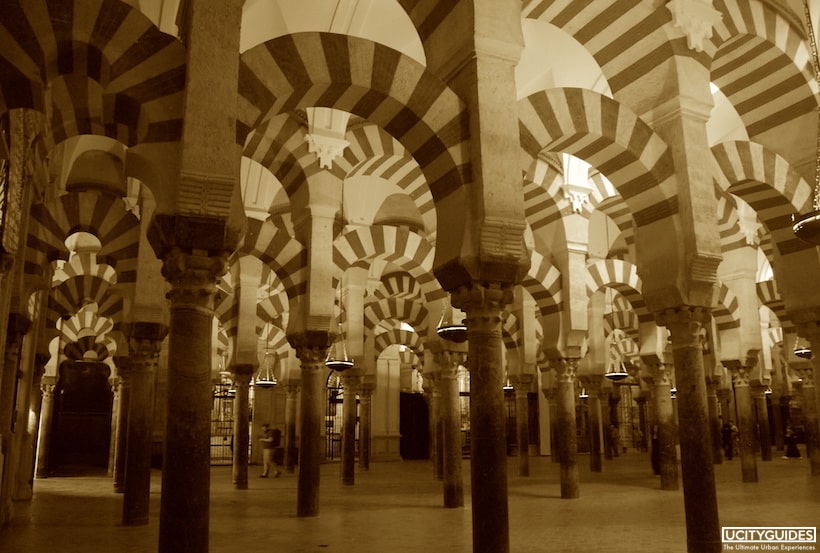 The most Moorish city in Europe, Cordoba, is just about 45 minutes by train from Seville. It’s a World Heritage Site famous for its great mosque, which dates from the 8th century but that became a cathedral six centuries later. It’s one of the world’s most awe-inspiring monuments, so you don’t want to miss your chance to easily head in its direction when you’re in Seville.
Tours: Cordoba Trip from Seville 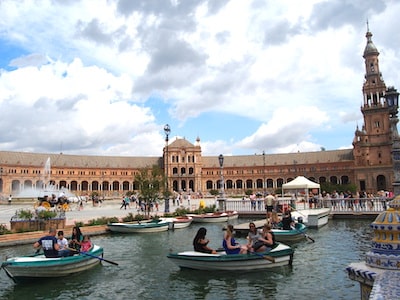 Skip the lines, go on a walking tour, on a cruise or a day trip: