The main things you must see and do in Washington DC 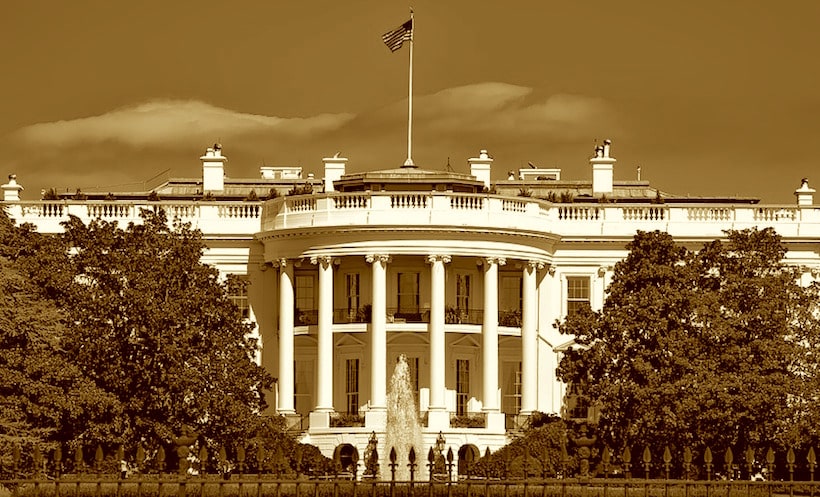 The world’s most famous residence has been home to the American President since the 1820s. The interior can be visited on pre-booked guided tours, but if you can’t make it inside, you may simply pose for photos outside.
Locate it on the map: The White House 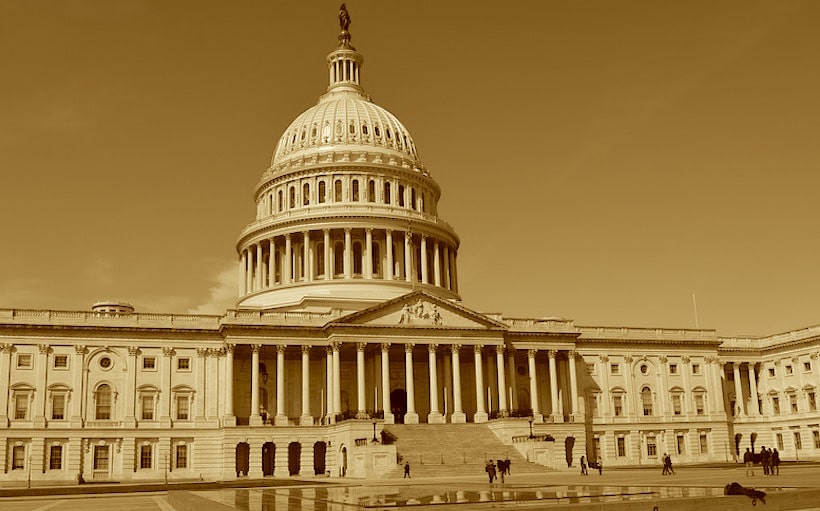 The famous dome of the American seat of government is one of the world’s largest, and stands at the center of a huge Neoclassical building inspired by the architecture of ancient Greece. It has become a symbol of democracy, and the interior may be seen on guided tours.
Tours: Capitol Tours
Official Website: www.aoc.gov

Washington’s tallest construction is one of its main landmarks. It’s a 555ft(170m)-high marble obelisk completed in 1884, offering stunning views of the city from the top.
Official Website: www.nps.gov 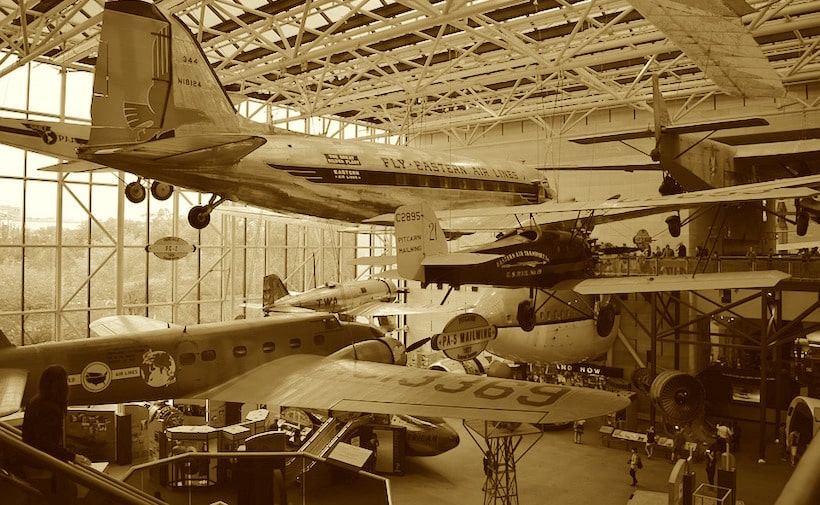 The city’s most popular museum takes visitors on a trip through air and space, with spectacular exhibits from aviation and space history. That includes the display of the Wright Brothers’ first airplane, Charles Lindbergh’s plane that took him on the first transatlantic flight in 1927, and the Apollo 11 module that landed on the moon in 1969.
Tours: Air and Space Museum Tours
Official Website: airandspace.si.edu

In a city with so many great museums devoted to American culture and history, this superb gallery stands out for its international collection that starts with medieval art and ends in the 20th century. Highlights include paintings by Leonardo da Vinci, El Greco, Monet and Raphael in the European section, and works by Henry Moore and Joan Miró in a separate building.
Tours: National Gallery of Art Tours
Official Website: www.nga.gov 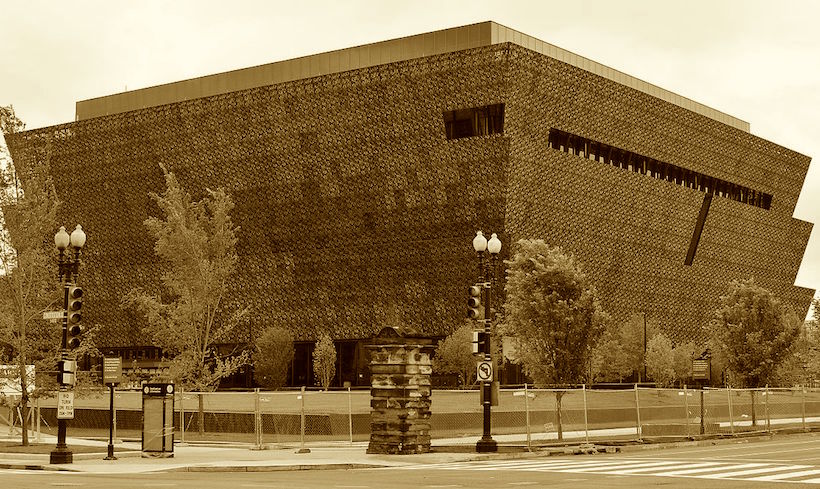 Inaugurated in 2016, this museum displays thousands of objects related to African-American history, especially focusing on the arts, slavery, segregation and civil rights. Among the most notable pieces are items from a slave ship belonging to Portugal that sunk in 1794 as it took slaves between its colonies of Mozambique and Brazil, garments worn by African-American slaves, a segregated drinking fountain from the early 20th century, and personal items from Rosa Parks, Muhammad Ali, and singer James Brown, among others.
Official Website: nmaahc.si.edu

Washington pays tribute to the nation’s founding fathers and to its most beloved Presidents through a number of monumental memorials, but the most impressive is the one dedicated to Abraham Lincoln. His marble image is sitting inside a neoclassical “temple” that faces a reflecting pool, and is where Dr. Martin Luther King Jr. gave his famous “I Have a Dream” speech.
Official Website: www.nps.gov

The cobblestone streets of this historic neighborhood are the places to be when you feel like taking a break from sightseeing. They’re filled with trendy shops and restaurants, especially M Street, which is lined with attractive houses, some dating back to the late 1700s.
Locate it on the map: Georgetown 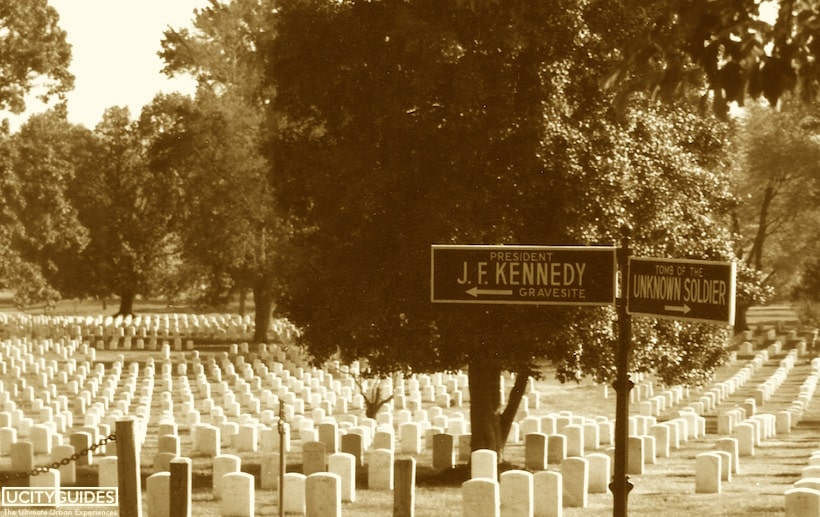 The resting place of thousands of soldiers who died in all of the nation’s major conflicts, this cemetery also attracts visitors for John F. Kennedy’s grave, the Tomb of the Unknown Soldier, and a number of memorials (such as that of the Space Shuttle Challenger disaster and to the victims of the September 11 attacks on the Pentagon) scattered around the greenery.
Tours: Arlington National Cemetery Tours
Official Website: www.arlingtoncemetery.mil

Officially called the Church of St. Peter and St. Paul, this is the world’s sixth-largest cathedral. Its construction began in 1907, following the style of 14th-century gothic, and became a masterpiece of neo-gothic architecture. Its most notable features are beautiful rose windows and “The Creation” sculpted above the main entrance.
Official Website: cathedral.org 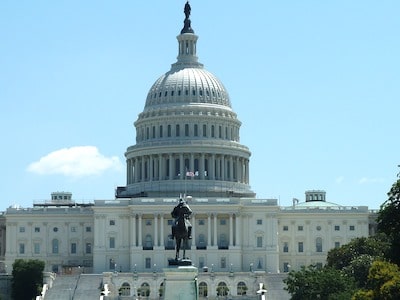 Enjoy free admission to top attractions, and get a complimentary guidebook: