The main things you must see and do in Berlin

An island in the Spree river in the center of the city (and on the UNESCO World Heritage list) is home to five world-class museums. They are the must-visit Pergamonmuseum (housing monumental parts of buildings from ancient cities, like the Pergamon Altar that gives it its name, the Ishtar Gate of Babylon, and the Market Gate of Miletus), the Neues Museum ("New Museum" - home to the famous bust of the Ancient Egyptian queen Nefertiti), the Bode Museum (displaying marvelous medieval sculptures), the Alte Nationalgalerie (Old National Gallery), and the Altes Museum (Old Museum), showing works from ancient Egypt, Byzantium, Greece and Rome.
Tip - The Berlin Welcome Card allows you to visit all the museums on Museum Island for three consecutive days: Berlin Welcome Card
Tickets: Skip-the-Line Pergamon and New Museum Guided Tour
Official website of Berlin's museums: www.smb.museum 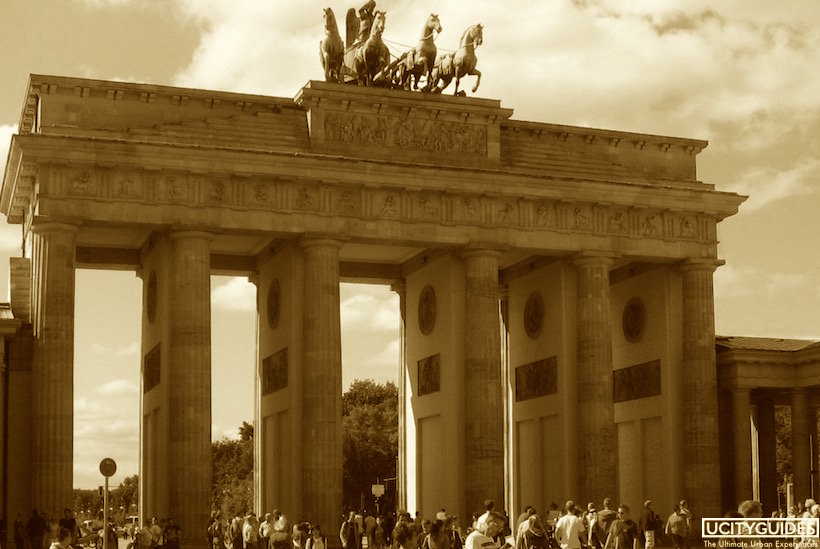 Pose for a photo by the city's most iconic landmark in the historic Pariser Platz (square). It has witnesssed many important events in its 300-year history, including the historic Ronald Reagan speech with the famous words: “Mr. Gorbachev, tear down this wall.” A museum takes visitors back in time through a multimedia show, allowing them to experience the most important periods of German (and European) history. The gate is beautifully illuminated at night, and from there you may go for a stroll down the splendid 1.5km-long Unter den Linden Boulevard, passing by several notable buildings and landmarks.
Locate it on the map: Brandenburg Gate
Tickets: Brandenburg Gate Museum 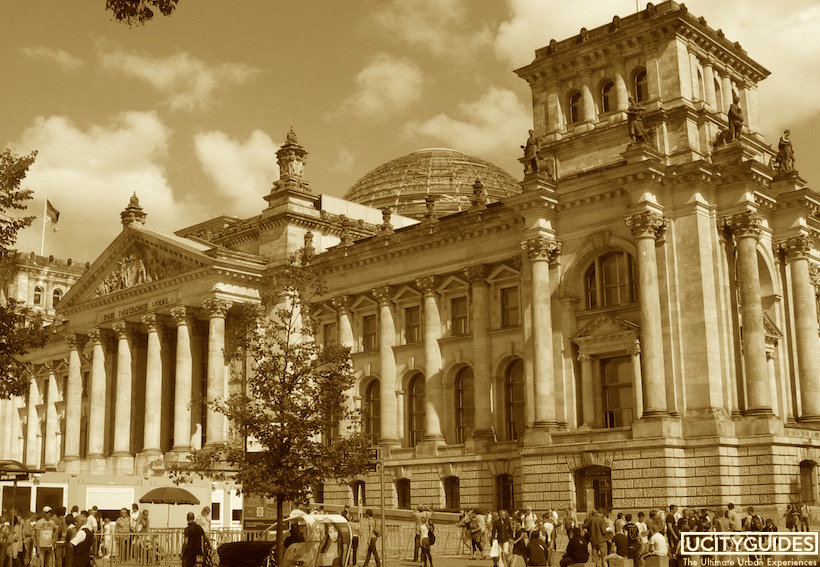 This historic building, dating back to 1894, has been destroyed by fires and wars, but has always risen from the ashes and is still home to the German parliament. The large glass dome at the top offers tourists a 360-degree view of the Berlin cityscape.
Official website: www.bundestag.de

Berlin has some of the world's best street art, and much of it can be seen on the longest surviving stretch of the Berlin Wall, now known as the East Side Gallery. Over 1km long, it's said to be the world's longest open-air gallery, showing over 100 pieces, including the famous kiss between Erich Honecker and Leonid Brezhnev.
Locate it on the map: Berlin Wall and East Side Gallery

This opulent palace was built in 1713 as a royal summer residence, in a lavish baroque and rococo style. Although greatly damaged in WWII, it's been magnificently restored and, together with its beautiful gardens, is the city's most beautiful tourist attraction.
Tickets: Charlottenburg Palace Tours
Official website: www.spsg.de 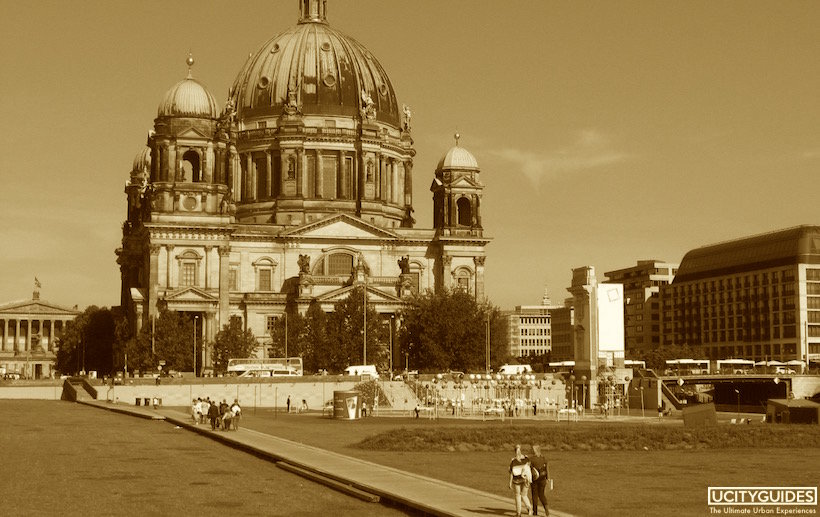 The massive building you see today was completed in 1905, but Berlin's neo-Renaissance cathedral dates back to the 15th century. The ornate interior includes a museum, and from the dome you have a panoramic view of the city.
Official website: www.berlinerdom.de 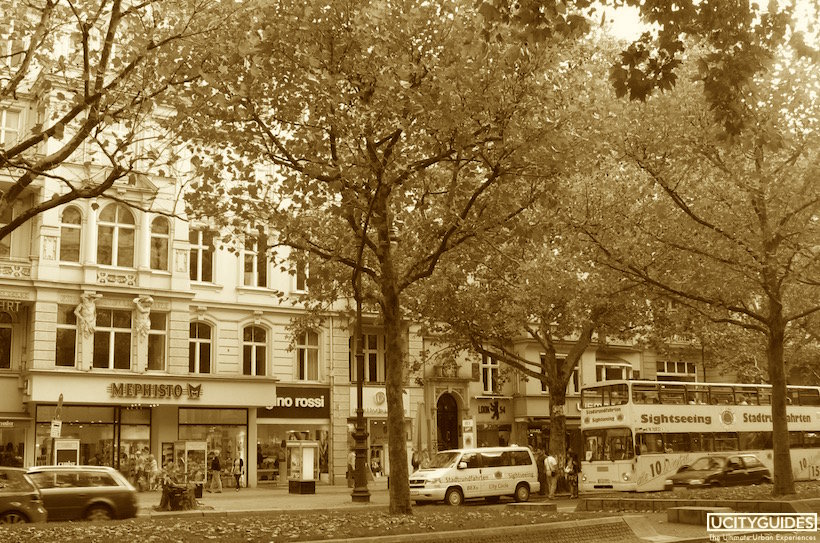 Berlin's greatest shopping boulevard is also one of the world's major shopping streets. Better known simply as "Ku'damm," it starts by the iconic “Gedächtniskirche” (Memorial Church), which stands in ruins since WWII. Just a few feet away is the city's grandest department store, KaDeWe, with a large, popular food hall on the 6th floor.
Locate it on the map: Kurfürstendamm 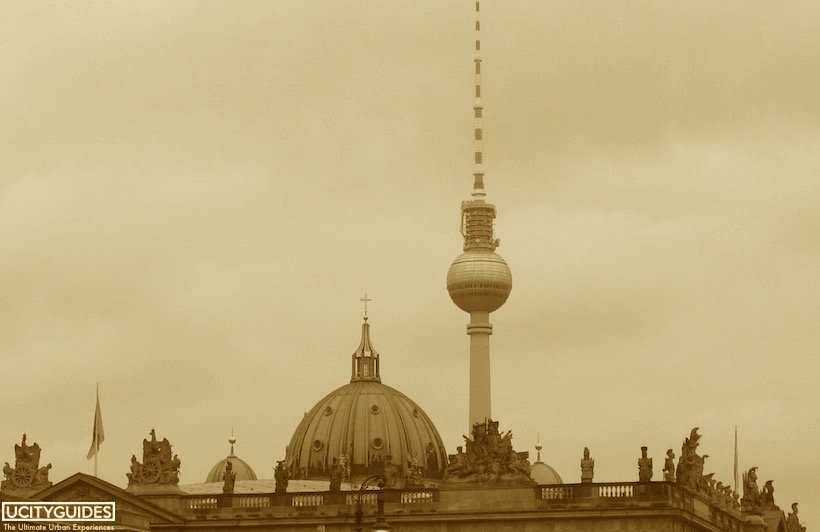 Germany's tallest structure was built in the 1960s as a TV tower, and is now one of Berlin's most iconic sights. At the top is an observation deck offering 360-degree views of the city, plus a rotating restaurant, allowing diners to see the city without leaving their table (one rotation takes about one hour).
Tickets: Special TV Tower Restaurant Tickets
Tip - For a close-up view of the tower, head to the small rooftop terrace of the Park Inn by Radisson Hotel
Official Website: tv-turm.de

The main gateway between East and West for non-Germans from 1961 to 1990 is now a tourist hotspot, thanks to its replica guardhouse and uniformed actors posing for photos. The site's "Mauermuseum (Haus am Checkpoint Charlie)" explains the Cold War days.
Official Website: www.mauermuseum.de 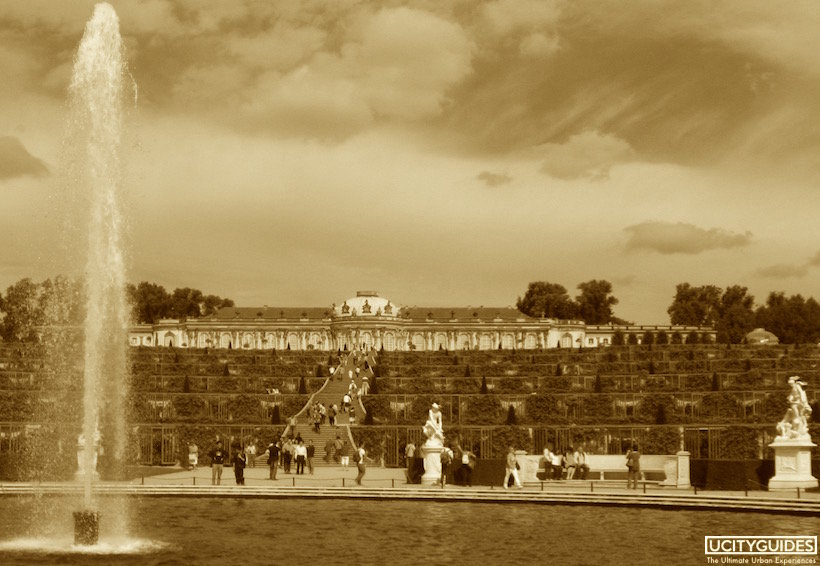 Just about a half hour from central Berlin by train, Potsdam is a World Heritage city that was significantly devastated in WWII, but fortunately its palaces escaped. The main reason so many people stop by is Schloss Sanssouci, a fairy tale rococo palace from 1747. After touring the gilded interior, visitors walk around the splendid garden.
Tickets: Potsdam Tours