The main things you must see and do in Buenos Aires

The city’s main square is the starting point of a walk through the center of the city, home to grand classic cafés and landmark buildings like the presidential palace, theaters and museums.
Locate it on the map: Plaza de Mayo 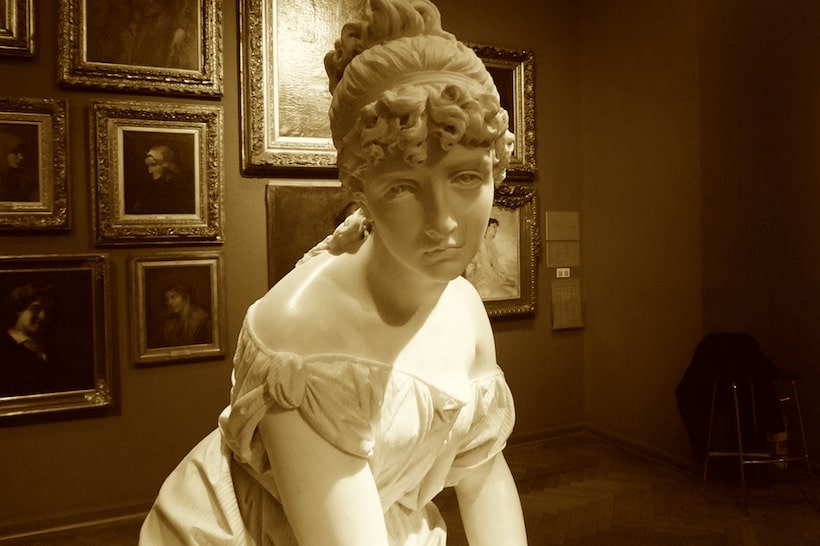 Buenos Aires’ greatest museum dates back to 1895 and holds a collection of European masters like Rembrandt, Rubens and Van Gogh. Over the decades it added works from national artists and currently has the best collection of 20th-century Argentine painters.
Official Website: www.bellasartes.gob.ar

You obviously can’t leave Buenos Aires without seeing some tango dancing. Where you’re most likely to come across a performance or two is in this square in the heart of the city’s oldest neighborhood. In addition to that outdoor tango dancing, visitors enjoy browsing at the antique shops and sitting at the cafés that surround the square.
Locate it on the map: Plaza Dorrego

Housing the most important contemporary Latin American art collection in the world, this is where you can see works by Frida Kahlo, Diego Rivera, and Antonio Berni, among many others. It was inaugurated in 2001 and includes a cinema for the screening of art-house films.
Tickets: MALBA Tickets
Official Website: www.malba.org.ar

Buenos Aires’ main shopping destination mixes grand European-style architecture and modern buildings. It’s a pedestrian street with a variety of retail stores, cafés, and shopping arcades, and where tourists stop to see living statues and street performances, that often include tango.
Locate it on the map: Calle Florida 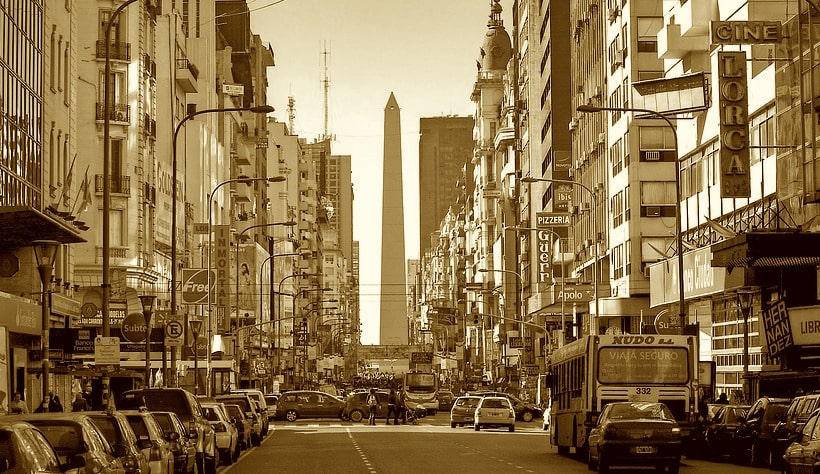 Many of Argentina’s most historic events have taken place on this avenue which is marked by a tall obelisk. It is the world’s widest avenue, honoring the country’s Independence Day, and one of the great boulevards of the world.
Locate it on the map: Avenida 9 de Julio 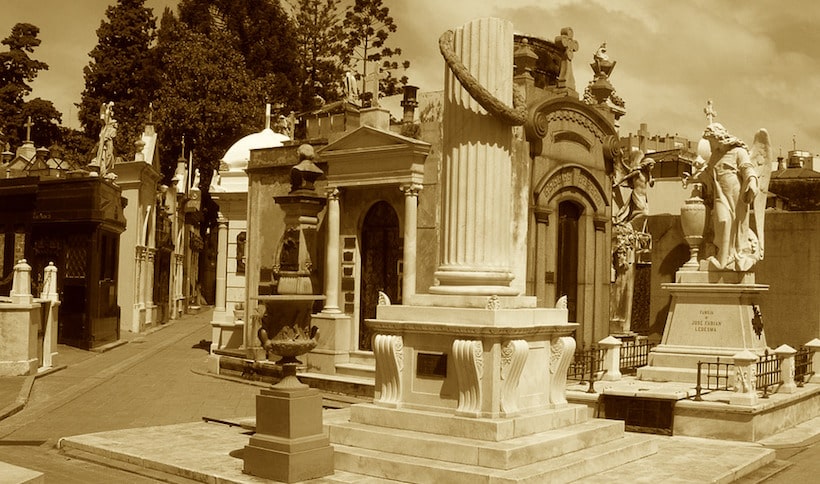 One of the world’s most beautiful cemeteries, it is a tourist attraction and a pilgrimage site for the tomb of Evita Peron. Created in 1822, it’s like a small monumental city, divided by squares and avenues lined with marble mausoleums in different architectural styles.
Locate it on the map: Recoleta Cemetery 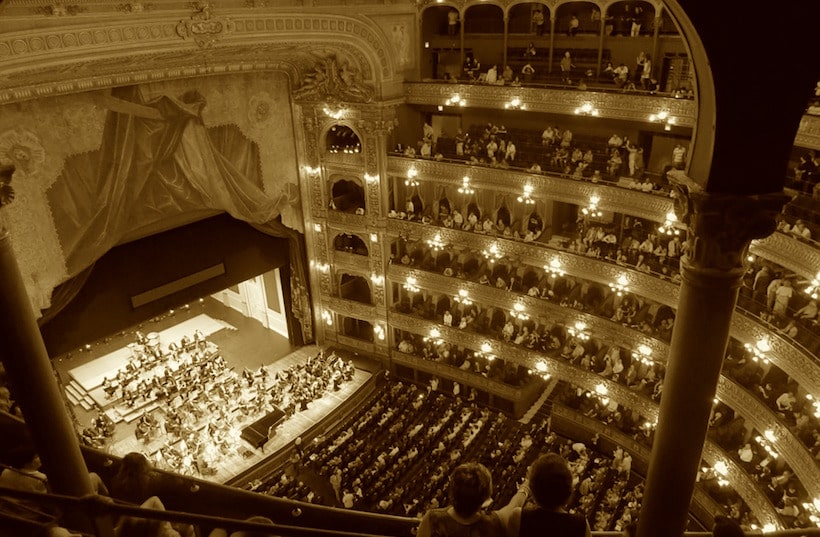 Completed in 1908, Buenos Aires’ opera house is considered one of the world’s best. You may choose to catch a show, but you may also see the beautiful interior on a guided tour.
Tickets: Colon Theater
Official Website: www.teatrocolon.org.ar 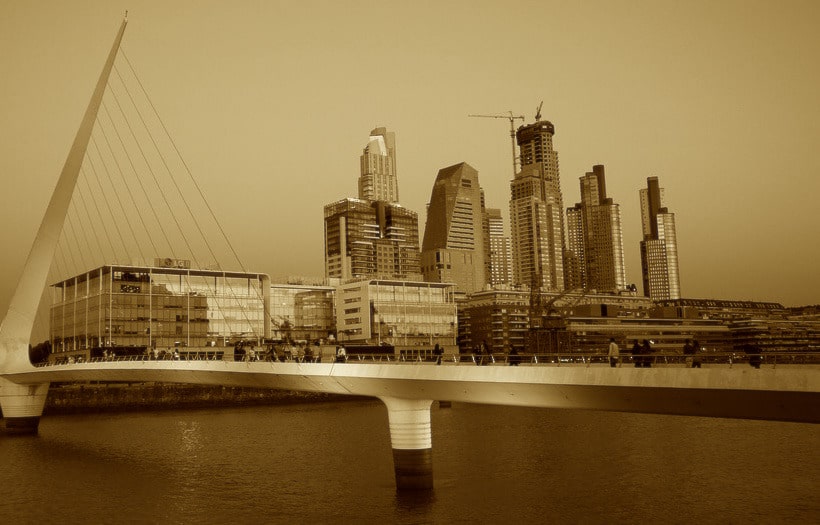 A trendy neighborhood since the 1990s, this port area shows off the contemporary side of Buenos Aires, with high-rises, hip hotels, and bars that made it the destination for a night out in the city. It is also the site of Santiago Calatrava’s iconic Woman’s Bridge.
Locate it on the map: Puerto Madero 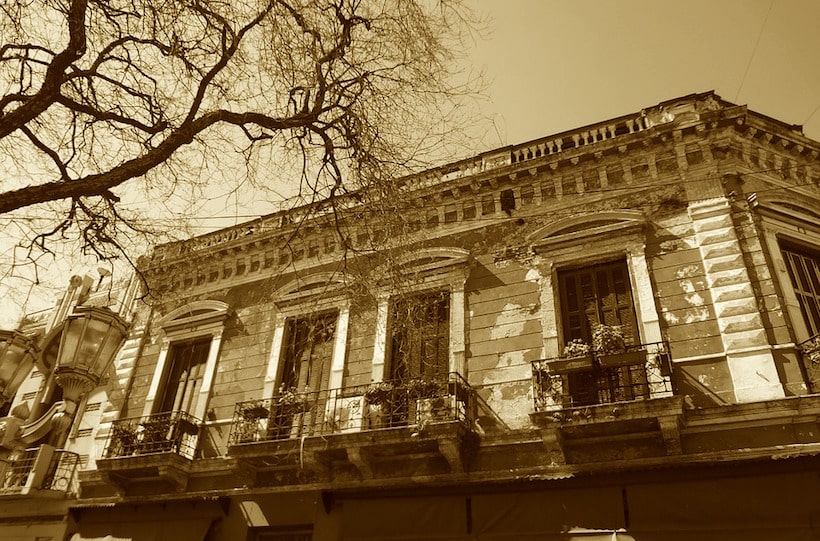 Located in the city’s oldest neighborhood, this indoor market from 1897 is filled with stalls of fresh fruit, spices and even antiques. The building itself is a national historic monument, so even if you don’t buy anything it is worth a stop -- and you can end your visit enjoying what is considered some of the best coffee in town.
Locate it on the map: San Telmo 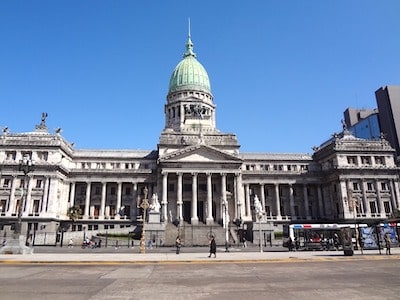 Go on an organized tour or a day trip: