The main things you must see and do in Marrakech

This huge square offers one of the world's greatest spectacles. Think snake charmers, storytellers, and a huge outdoor market.
Tip - For a view over the square, head to the terrace of one of the surrounding cafés.
Locate it on the map: Djemaa El-Fna

The city's covered markets form a maze of streets and alleys, and each has its specialty -- from spices to rugs and leather goods. Haggling is part of the experience, and most tourists leave with decorative pieces like brass lanterns, pointy leather slippers, and filigreed tea cups.
Guided Tours: Souk Tour
Locate it on the map: Medina souks

This enchanting garden was founded by the French painter of the same name, and opened to the public in 1947. Later, in the 1980s, French fashion designer Yves Saint Laurent restored it with even more exotic plants. Today, between the towering palm trees, there's the Islamic Art Museum and a modern museum devoted to the work of the French designer.
Tours: Majorelle Gardens Tours
Official Website: www.jardinmajorelle.com

This historic school in the medina is hidden behind a nondescript façade. Once inside, visitors are surprised by a 16th-century courtyard and intricate architectural details.
Locate it on the map: Ben Youssef Madersa 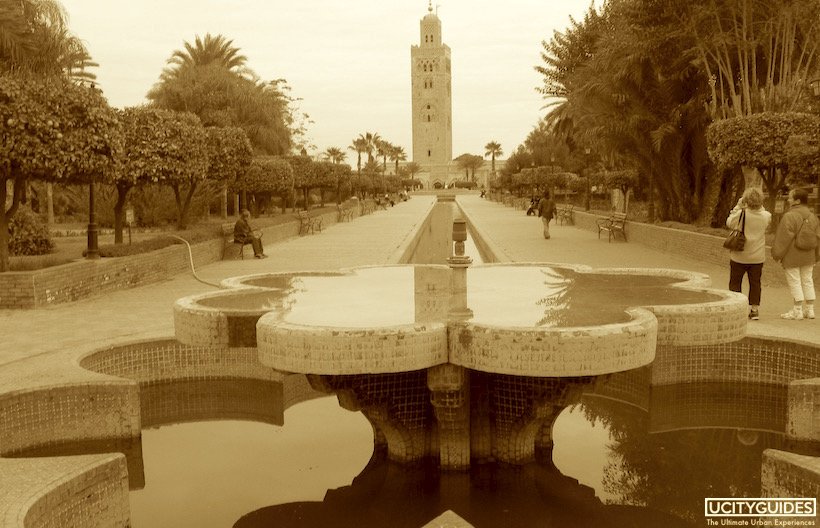 Marrakech's largest mosque was built in the 12th century, and its minaret can be seen from almost anywhere in the city. Its geometric stonework influenced other buildings all over the Muslim world, and is now Marrakech's main landmark. Unfortunately, it's not open to non-Muslims.
Locate it on the map: Koutoubia Mosque

The MACAAL (Museum of African Contemporary Art Al Maaden) is one of very few of its kind in the African continent. It presents African art by contemporary artists from Morocco and neighborhing countries, in a permanent collection and temporary exhibitions.
Official Website: www.macaal.org

Once part of an irrigation system, these gardens date back to the 1100s. Its iconic pavilion came later in the 16th century, and was used as a royal summer residence. Its reflection on the reservoir, with the snow-capped Atlas Mountains as a backdrop, form one of the city's most popular images.
Locate it on the map: Menara Gardens

This small palace is now the Museum of Moroccan Arts, with a collection of fascinating artifacts from around Morocco, including impressive carpets and finely carved Berber woodwork.
Locate it on the map: Dar Si Said

Housed in a 19th-century palace, this museum showcases the city's (and the country's) cultural heritage, through exhibits of ceramics, costumes and jewels. It's the place to go to learn about local culture and history.
Locate it on the map: Marrakech Museum 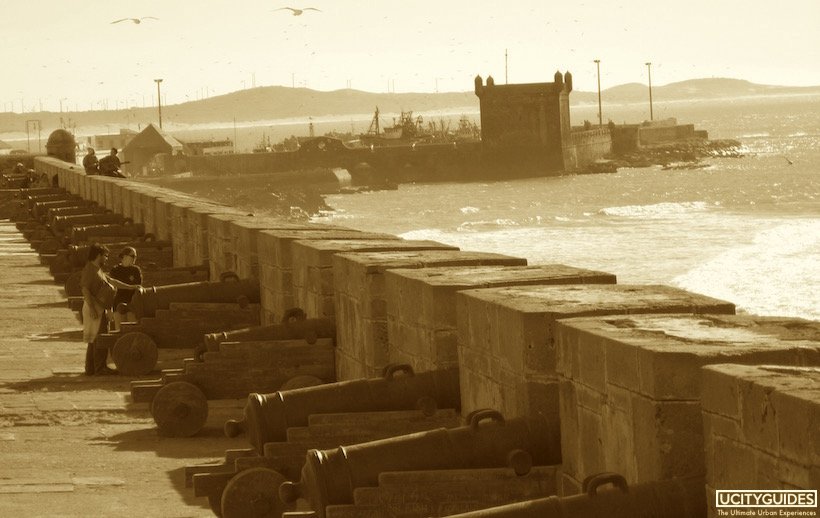 The beach town of Essaouira is a former fishing port, now known for its blue-and-white architecture. It's popular with surfers and windsurfers, but also with daytrippers from Marrakech, who arrive looking for a relaxing day by the sea and for some shopping in the winding souks.
Tours: Essaouira Tours

Hop on a horse carriage ride, go on a walking tour, or take a day trip: