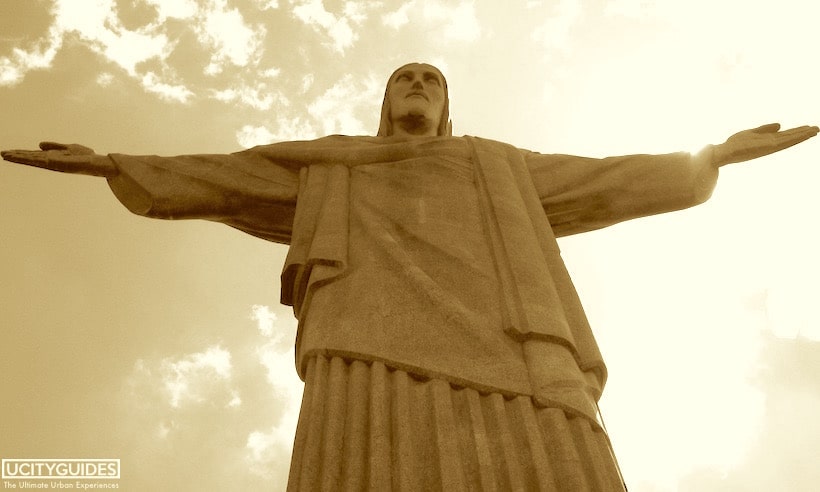 Voted one of the world’s seven modern wonders, this 38m-high Art Deco statue of Christ opens its arms to the city below it. It’s an iconic landmark erected in 1931 that every tourist wants to take a selfie with.
Tickets: Corcovado
Locate it on the map: Corcovado 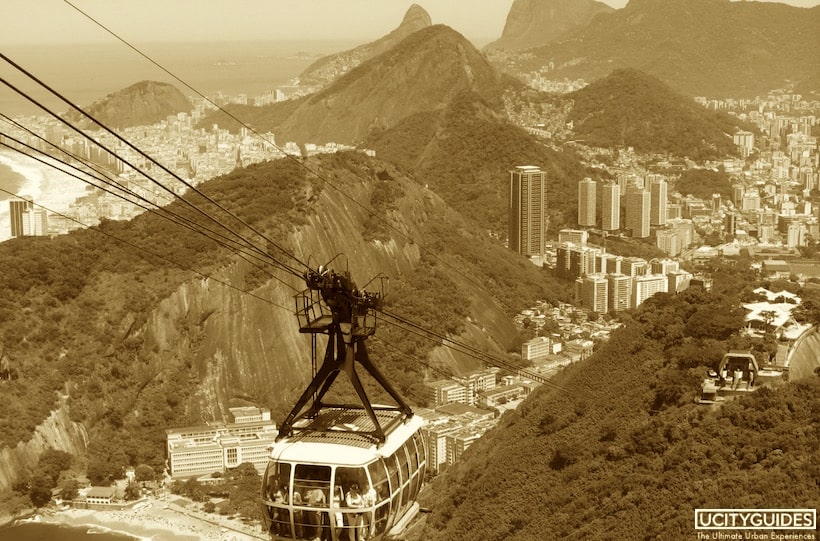 Said to be the second most famous mountain in the world, this is the most iconic of all the lush mounds in Rio. It rises almost 400 meters (1300ft) above a beautiful bay, and is best reached by a cable car. If you want to confirm that Rio is one of the most beautiful cities in the world, you have to come here.
Tickets: Sugar Loaf
Locate it on the map: Sugar Loaf Mountain 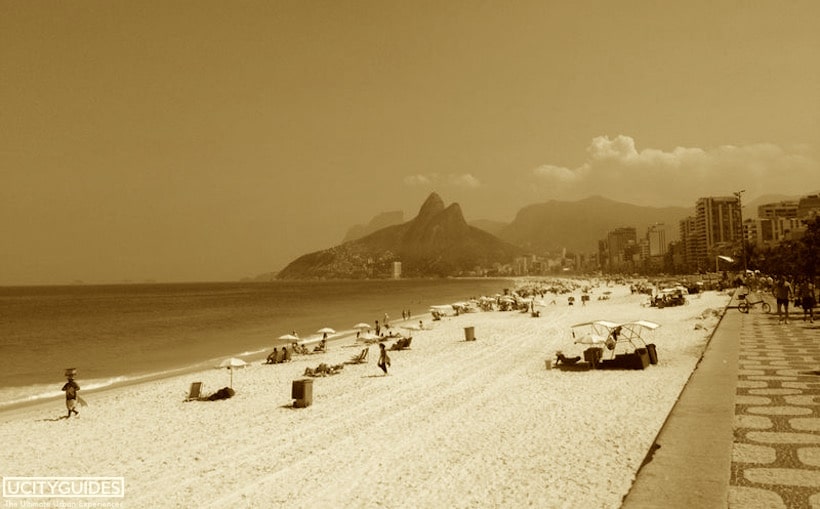 The world’s most famous beach has lost its glamour and there are better spots in the city to stay for a few hours in the sun. Still, no visit to Rio is complete without a walk down its Portuguese-style wave-patterned cobblestone promenade. Facing it is Latin America’s grandest historic hotel, the Copacabana Palace, which welcomed the world’s biggest celebrities in the mid-20th century.
Locate it on the map: Copacabana 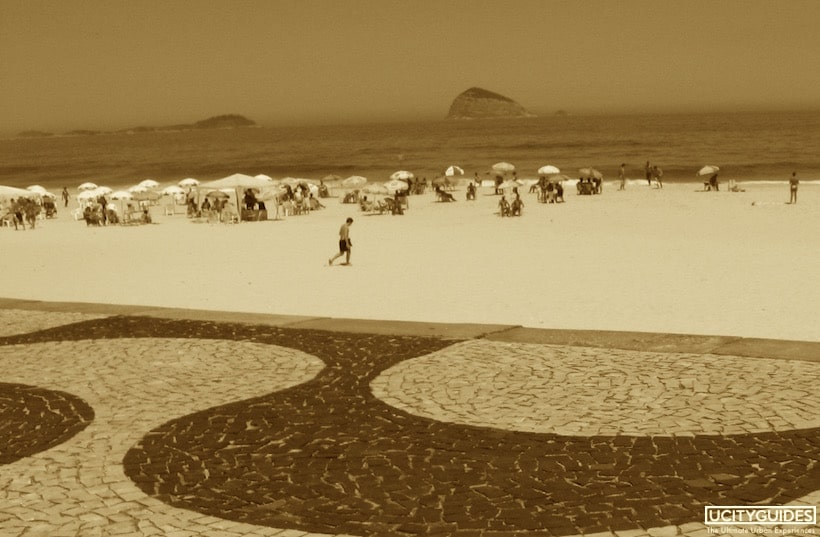 Thanks to the bossa nova song “The Girl from Ipanema,” this beach is now almost as world-famous as Copacabana. It is the beach to see and be seen, where the beautiful people stay for the sunset.
Locate it on the map: Ipanema 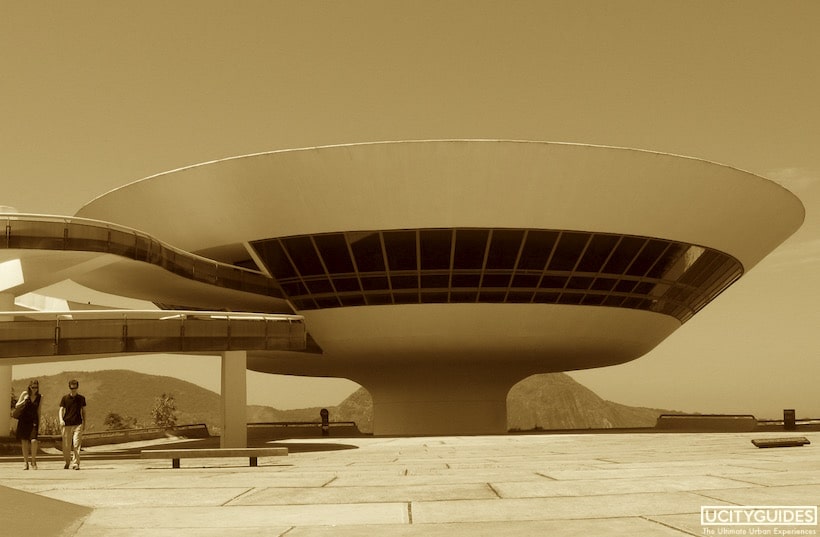 Oscar Niemeyer’s 1996 “flying saucer” building is worth taking the ferry to Niteroi from downtown Rio. Not only is the architecture worth a close-up look, it puts on good exhibitions and offers a panoramic view of the “marvelous city.”
Tickets and Tours: Niteroi Tours
Official Website: culturaniteroi.com.br/macniteroi 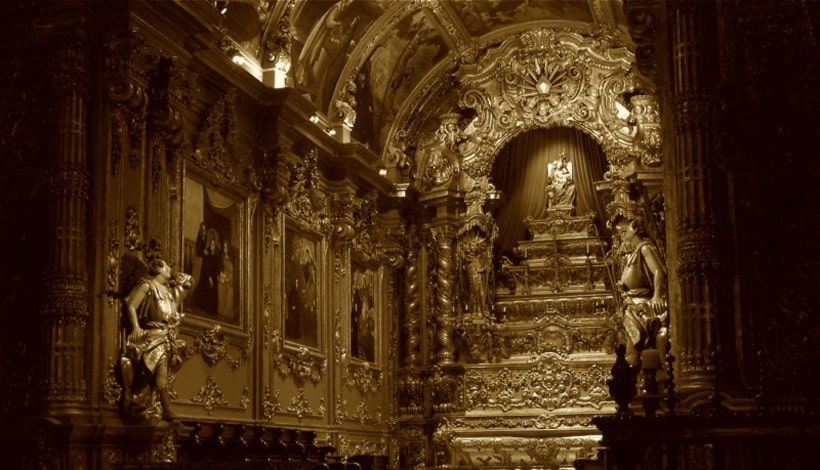 Dating back to the 1600s, this is Rio’s (and one of Brazil’s) greatest colonial monument. It followed the style of similar monasteries and churches in Portugal, with tile panels and an ornate baroque interior covered in gold. It’s the stunning work of a Portuguese monk, with later Rococo additions.
Tours: São Bento Monastery
Official Website: www.mosteirodesaobentorio.org.br

If Rio has a “main square” this is it. It dates back to the 1500s, but has changed over the centuries, and is now surrounded by modern buildings and a few historic ones. The most important survivor is the former royal palace (the Paço Imperial), which stands just a few feet from Palácio Tiradentes (pictured above), arguably Rio’s most beautiful construction, now a government building. If you’re interested in seeing what’s left of colonial and historical Rio, start in this square and explore the surroundings.
Locate it on the map: Largo do Paço 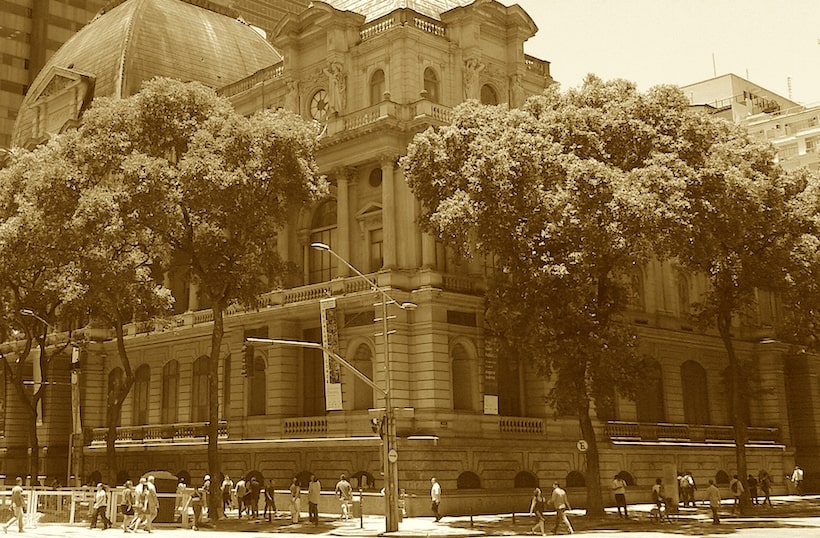 Established in 1937, this museum’s original collection was based on the art left behind by the Portuguese royal family (which included paintings by Portuguese, French, Italian, Spanish and Flemish artists). Eventually it added 19th-century Brazilian paintings and sculptures, and a small collection of African art. It is now one of the most important cultural institutions in Brazil.
Official Website: mnba.gov.br

Neighboring Ipanema, this beach is a calmer alternative to the city’s two most famous ones. After a few hours of sun and sea, the hippest crowds head towards Rua Dias Ferreira nearby, for the coolest boutiques and restaurants in town.
Locate it on the map: Leblon

Designed by Santiago Calatrava, this waterfront museum opened in 2015 and immediately became an iconic building. It helped put the city’s port area on the map in time for the 2016 Olympics, and is now a popular attraction for people of all ages. It focuses on the future of the planet and the universe, using innovative design and displays in Portuguese, English and Spanish.
Tickets: Museum of Tomorrow
Official Website: museudoamanha.org.br 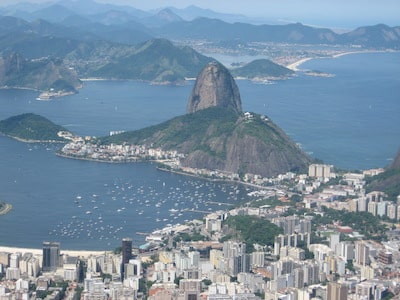