Brazil allows same-sex marriage since 2013, but doesn't have a federal law against discrimination based on sexual orientation. Contrary to popular belief, it remains a very conservative and closeted country, but the country's biggest cities, such as Rio de Janeiro, have a large and highly visible gay scene. Rio is the country's party city, especially during Carnival, when it doesn't stop dancing for an entire week. New Year's Eve in Copacabana is also a major event, and the Gay Pride celebrations attract over one million people to Copacabana and Ipanema. But you don't have to wait for those major events to enjoy the city's festive spirit. Every Sunday is a gay get-together at Ipanema Beach, overlooked by a huge rainbow flag. It just may be the biggest concentration of flawlessly in-shape bodies in the world, which cariocas (Rio residents) live to show off. It's also in Ipanema and neighboring Leblon that you'll find the most sophisticated and cosmopolitan shopping, restaurants, and cafés. The majority of gay bars are found there, and below are the ones you should be heading to:

Despite the Spanish name (meaning “The Cave”), this is a very Brazilian and Rio establishment that’s actually the city’s oldest gay bar. In business since 1964, it tends to attract an older crowd, but anyone will enjoy the Brazilian and electronic sounds. It also presents drag shows on a regular basis.
Website: www.boatelacueva.com.br

Slang for “I don’t care,” the name of this bar suggests it’s a place to relax and be yourself. It’s also a restaurant, but mostly a place to enjoy a drink. Check out the daily specials as you enter.
Facebook Page: tonemairestaurante

Inaugurated in 2009 in the former headquarters of a TV station in Copacabana, this gay bar features a futuristic and TV-inspired décor. It’s a place for partying and drinking, with over 40 cocktails to choose from and special theme nights.
Website: bartvbar.com.br

A meeting point for the LGBT community for two decades now, this club in Ipanema hosts a variety of events and parties. Expect Brazilian beats and pop hits from the resident DJs, and a variety of drinks from the bar.
Website: www.galeriacafe.com.br

Now Brazil's most famous gay club (it has even published a calendar filled with the country’s hottest men), The Week started in São Paulo but also opened a home in Rio. It has a large dancefloor, which accommodates muscled locals and tourists. If you spend your day at the beach in Ipanema, you'll likely see flyers advertising the next party here.
Facebook Page: theweekriooficial

Despite the name, this “spa” is not in Leblon, but in the affluent neighborhood of Lagoa. It's been serving Rio's men for five decades and is a clean space for relaxation, massages, and drinks.
Website: leblonspaclub.com.br 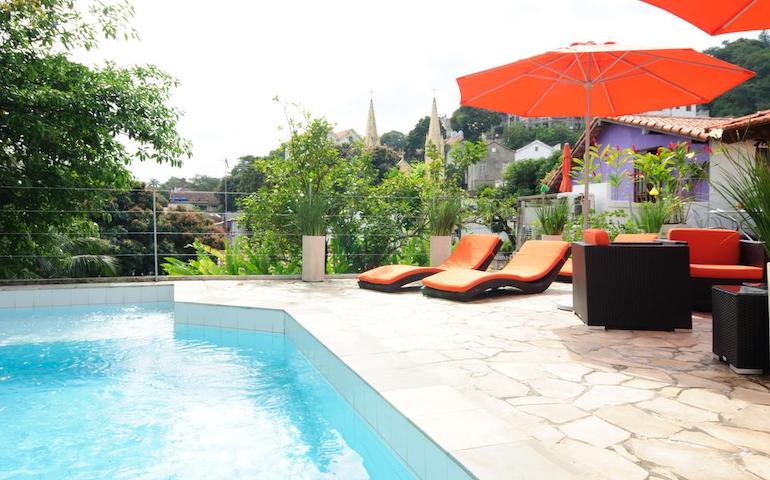 This gay-owned bed-and-breakfast is a colorful place in the Santa Teresa neighborhood. Decorated with local art, it’s a quirky place with a tropical garden and swimming pool.

If you want to stay by the very gay beach of Ipanema, stay at this hotel, offering some fantastic views. There’s a sunny terrace with pool, a restaurant facing the sea, a gym, and bright modern rooms. 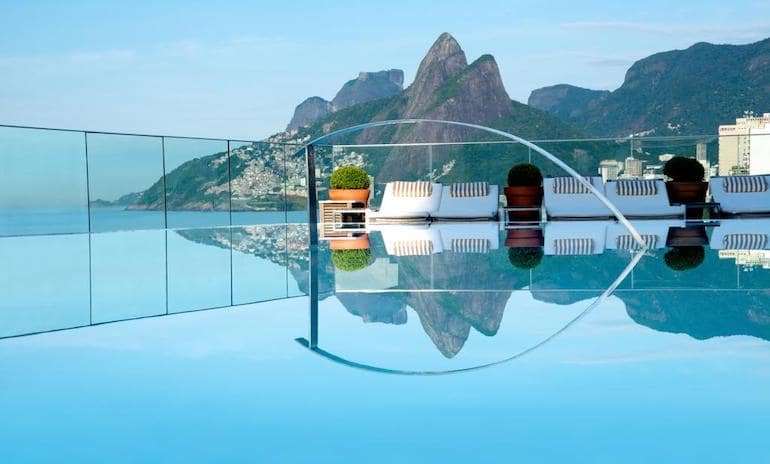 Considered one of the best hotels in Brazil, this is where celebrities stay in Rio. Yes, it’s expensive, but it’s a truly memorable experience, starting with the views. Gay Ipanema is right outside, but you’ll probably end up staying on the rooftop terrace, in the outdoor pool and sauna. There’s also a luxurious spa and gym.

Look for the hotel or apartment that best matches your budget, type of trip or personality. You may guarantee your reservation but do NOT pay anything at the time of booking. Payments are only made at the property, and there are no booking fees. Most hotels and apartments allow cancellations with no penalty if done up to 24 or 48 hours in advance. You'll see that information at the time of booking and again in the confirmation email:
Search for Rio hotels or Rio apartments

Explore Rio's gay side with a local guide, who takes you through bars by the main beaches, and end at a club or party with the local (and visiting) gay boys. 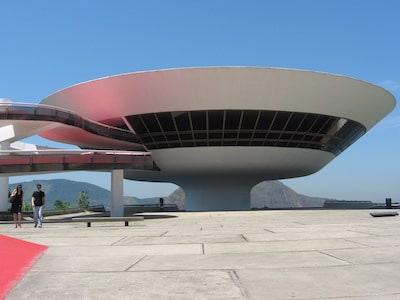