The gay guide to São Paulo

Many of the world's major cities have really come out of the closet in the last decade or so, but none more than São Paulo. Its first Gay Pride in 1997 only attracted about two thousand people, but ten years later it already had about 3.5 million participants, making it the world's biggest gay parade. A few days before that major event in 2007, about one million evangelical Christians protested against homosexuality, but that just may have inspired the city's gay and gay-friendly population to come out stronger, with over three times the number of people in the gay parade. By 2013, as many as 5 million people participated in the event. With over 10 million residents, São Paulo has more people than many countries. As you'd expect in such a big metropolis, there is a variety of restaurants, bars, and clubs to enjoy. You'll find that many of the nightlife hotspots are hip yet refreshingly unpretentious, and in the Jardins district you'll see flyers advertising the special parties at the biggest clubs.
Wondering where to go right now? Check out the recommendations below:

Bears get together at this bar, drinking beer and watching music videos from the past and present. Snacks accompany the drinks and conversation.
Facebook Page: sodapopbar

This multipurpose venue is a gay bar, a stage for karaoke nights, a restaurant, a club with three dance floors, and a cruising site with a dark room. The experience varies depending on which corner you end up at. You may hear American pop or Brazilian dance beats.
Facebook Page: bofetadaclub

One of the largest clubs in the city, it’s officially gay but essentially mixed, and especially popular on Fridays. The dancing often lasts until way past sunrise, as DJs mix house music and gogo boys shake their bodies behind them.
Facebook Page: BubuLoungeDisco

This club was made for dancing, and that's just what everyone does. The gay crowd and a few of their straight friends move to the hottest hits of the 70s, 80s, 90s and today, and take breaks at one of the three bars.
Website: www.cantho.com.br

A maritime-inspired interior explains the name, as does the staff dressed up as sailors. Young gay boys and lesbians dance to pop and dance hits, no matter the theme of the weekly parties.
Facebook Page: ClubYacht

This major hotspot is where the world's top DJs do their thing when they're in town. It's not gay but gay-friendly (perhaps straight-friendly), with a mixed crowd including gym-sculpted 30-somethings and twinks getting together on the dance floor.
Website: www.theweek.com.br

São Paulo hipsters (and that includes a large number of young gays) flock to this trendy club for the big-name DJs, dancing under flashing colored lights.
Website: d-edge.com.br

Now in its third decade, this is the oldest LGBT club in the city. Located close to Avenida Paulista, it opens from Friday to Sunday, and has three dance floors, each with its own rhythm, often provided by major international DJs.
Facebook Page: BaladaTunnel

You'll find a significant number of gay guys on Saturdays at this restaurant in Praça Benedito Calixto. Its menu lists traditional Brazilian dishes, especially from Minas Gerais, a northern region of the country that's also reflected in the décor.
Website: consuladomineiro.com.br

As one of the most fashionable restaurants in the city, it's only natural that it gets a sizable gay clientele. It's a see-and-be-seen spot, serving dishes that combine European and Asian flavors.
Website: www.restaurantespot.com.br

It's named after the treaty that divided the world between Portugal and Spain, but the food is all Brazilian. It's a welcoming, gay-friendly place with a charming décor.
Website: www.tordesilhas.com

This sauna attracts a diverse crowd. In addition to the typical sauna services and a gym, there are special events throughout the week (such as drag shows and karaoke).
Website: espacolagoasauna.com.br

São Paulo doesn’t have gay hotels, but its trendiest and most central properties are welcoming and perfect for gay travelers: 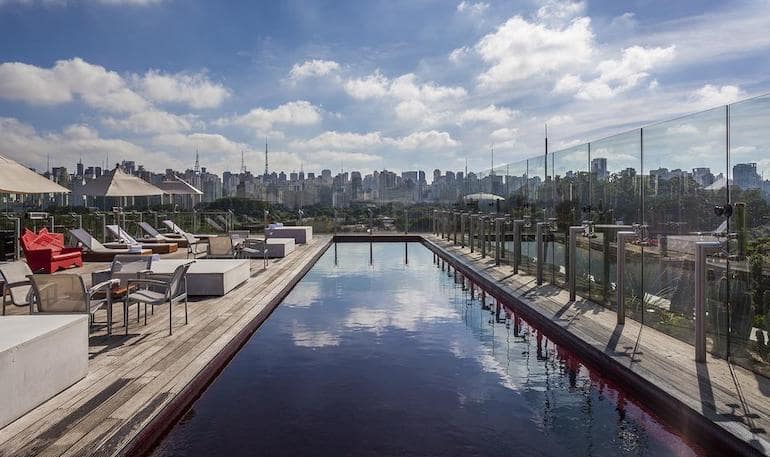 São Paulo’s trendiest hotel welcomes gay travelers with a popular rooftop bar offering some of the best views of the city and a long pool. The sliced-watermelon-shaped building is considered a Modernist masterpiece, and is divided into 84 rooms and 10 suites, a good gym and spa. 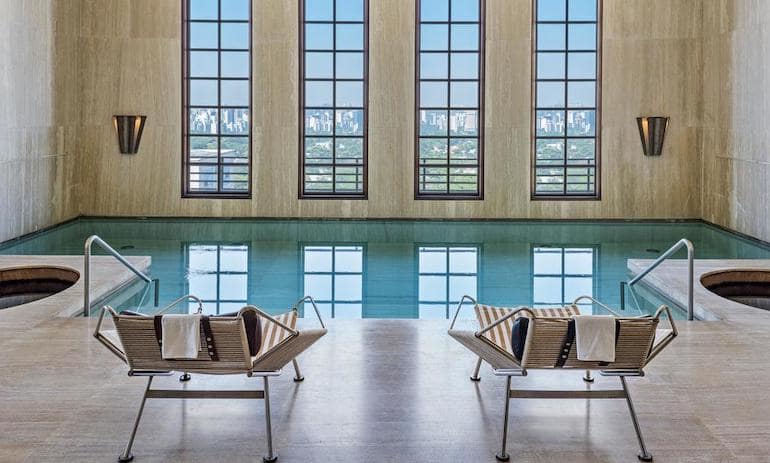 With one of the best locations in the city, by the Avenida Paulista, this 5-star hotel attracts gay guests for its elegant décor, indoor pool, fitness center, and sophisticated restaurant. 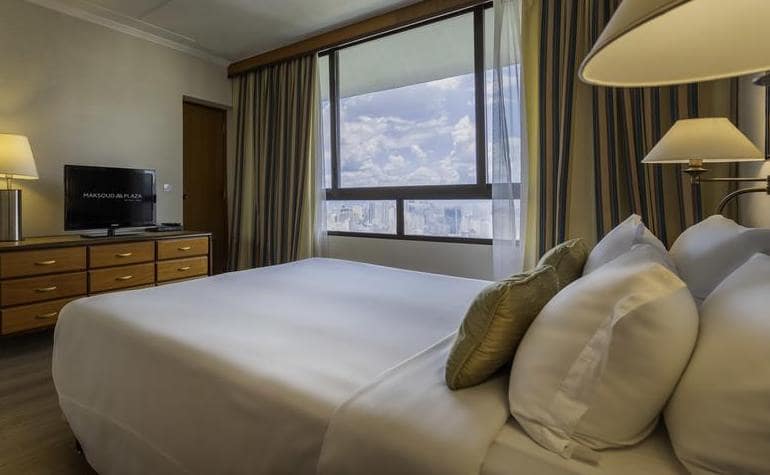 Thanks to its soundproof rooms, sauna, indoor pool and jacuzzi, this hotel is a top choice for travelers looking for relaxing moments. For an extra charge, guests may request massages, and there’s also an award-winning bar.

Look for the hotel or apartment that best matches your budget, type of trip or personality. You may guarantee your reservation but do NOT pay anything at the time of booking. Payments are only made at the property, and there are no booking fees. Most hotels and apartments allow cancellations with no penalty if done up to 24 or 48 hours in advance. You'll see that information at the time of booking and again in the confirmation email:
Search for São Paulo hotels or São Paulo apartments 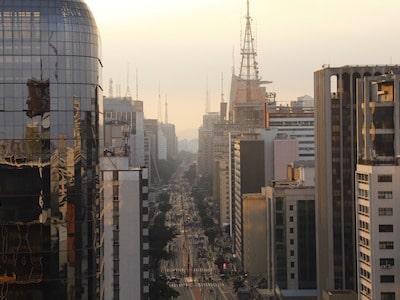 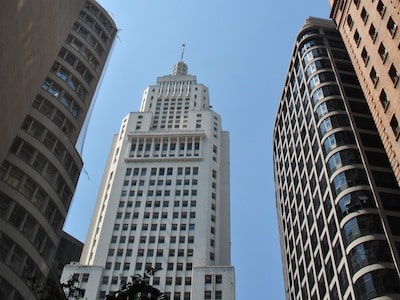