The main things you must see and do in Vienna 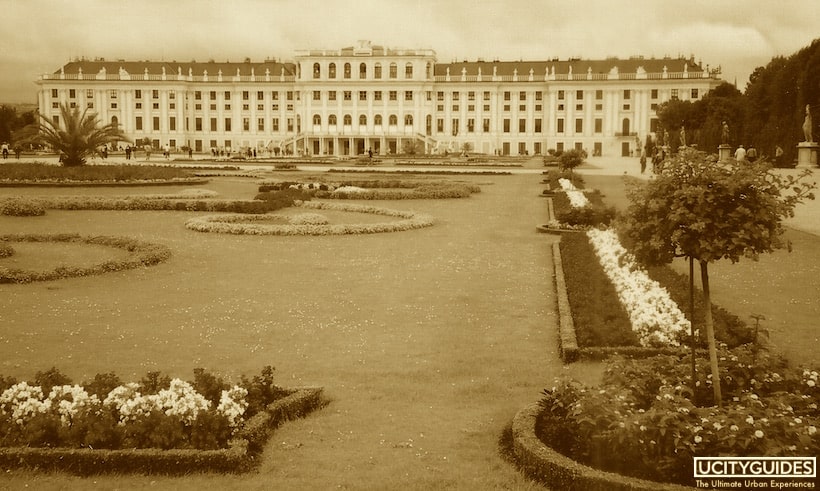 A former royal residence, this is one of the world’s most magnificent palaces. It has a splendid baroque garden, which includes the world’s oldest zoo, but it’s the 1441-room interior that’s most worth visiting. Don’t miss the Mirror Room (where Mozart gave his first public concert), the Grand Gallery (a stunning rococo space used for state receptions and banquets) and the Millions’ Room (with its rich rosewood panelling).
Tickets: Schonbrunn Palace
Official Website: www.schoenbrunn.at 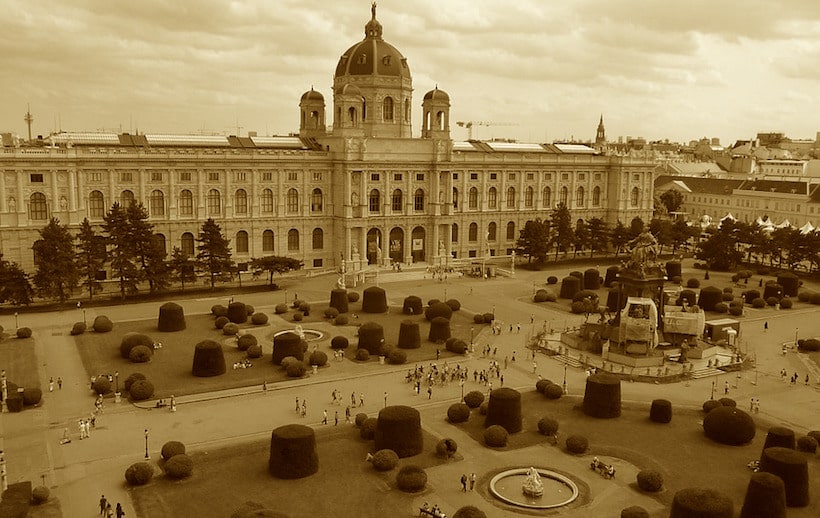 Containing one of the world’s largest collections of Old Master paintings, this museum opened in 1891. Most of what is on display was assembled by the Habsburgs over the centuries, and includes masterpieces by Durer, Rembrandt, Rubens, and Titian, among others. There are also Egyptian, Greek and Roman antiquities, and a collection of sculpture and decorative arts.
Official Website: www.khm.at 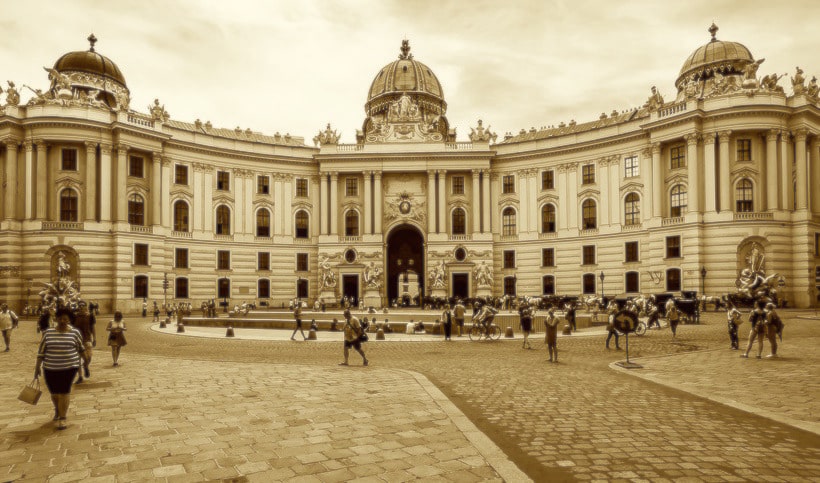 Austria’s glorious past can be seen in the former imperial palace, which is a lavish complex of buildings. Some are still home to government offices, but most are open to the public. Visitors may tour the imperial apartments, the baroque library (one of the world’s finest), and a number of small museums, displaying collections of musical instruments, historic globes, arms and armour. It’s also home to the stallions of the Spanish Riding School, which perform in the courtyard.
Official Website: www.hofburg-wien.at 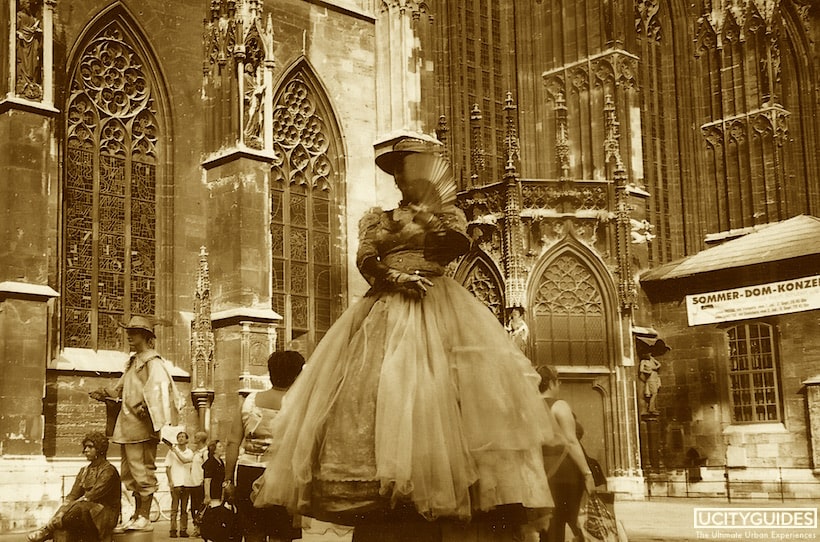 One of Europe’s gothic marvels, this cathedral dates back to 1304 and remains one of the world’s tallest and Vienna’s most imposing monument. Head up the towers for the best view over the city.
Locate it on the map: St. Stephen's Cathedral 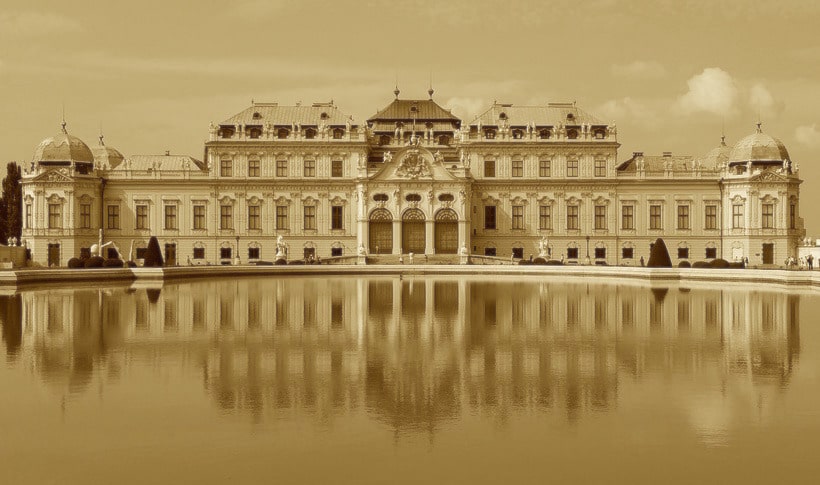 Known for its beautiful French-style gardens, this baroque palace has a splendid interior that’s now the Österreichische Galerie, a museum with masterpieces like Gustav Klimt’s “The Kiss” and Monet’s “The Chef.”
Official Website: www.belvedere.at 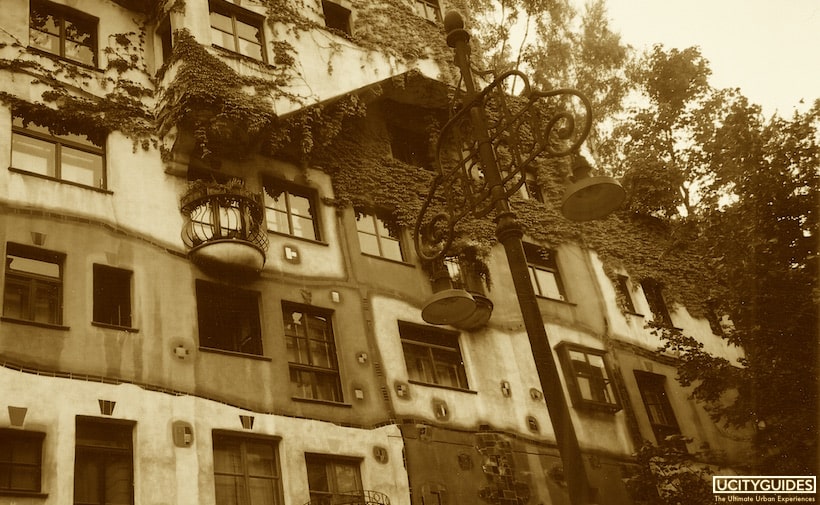 One of the world’s most colorful and unconventional constructions, this fairy tale-like building is made up of uneven floors, onion towers, unique windows and rooftop gardens. It dates from 1986, and is an apartment building where almost 200 people live, so visitors may not see the interior, but they may admire the architecture from the different cafés and shops on the ground floor.
Official Website: www.kunsthauswien.com 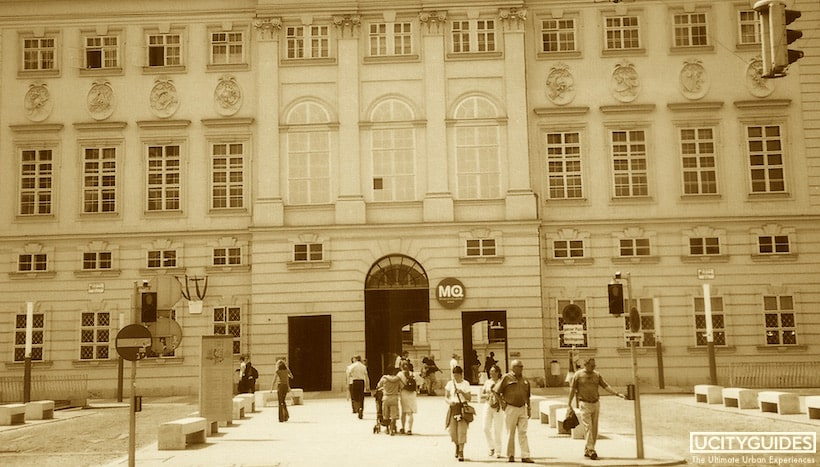 This cultural district, standing on the site of a former riding stables, shows off Vienna’s contemporary side. Its museums (especially the MUMOK) present contemporary and modern art, in permanent and temporary exhibitions, with works by artists like Roy Lichtenstein, Picasso, and Andy Warhol. The cafés and courtyards in the surroundings are some of Vienna’s trendiest places to be.
Official Website: www.mqw.at

This impressive 18th-century church features a large dome between two columns on either side. It’s considered a baroque masterpiece, with some inspiration from ancient Roman and Greek architecture. It’s possible to go to the top of the dome, for a close-up of its frescoes and a view over the city’s rooftops.
Official Website: www.karlskirche.at 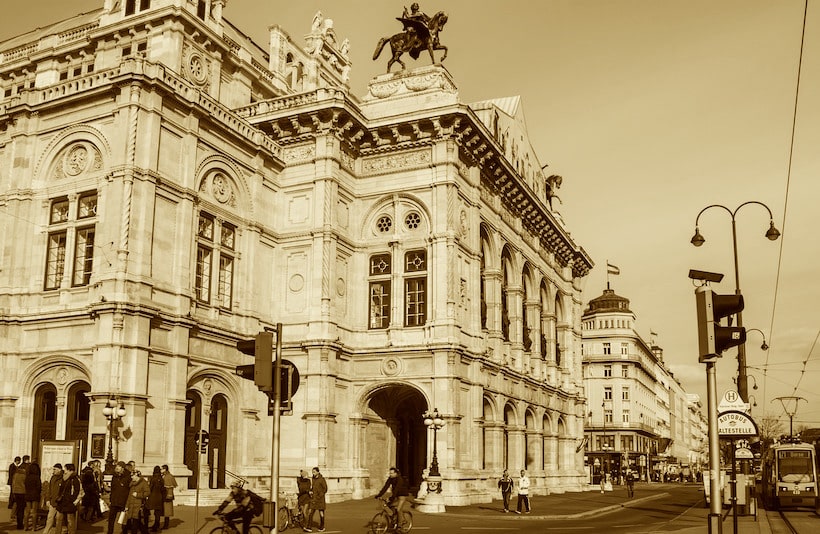 Vienna’s opera house is one of the world’s grandest, welcoming visitors with a majestic marble staircase since 1869. Although it was almost completely destroyed in WWII, it was rebuilt and reopened in 1955. You don’t have to attend a performance to admire the interior, as you may join a guided tour.
Tickets: Staatsoper Opera House
Official Website: www.wiener-staatsoper.at 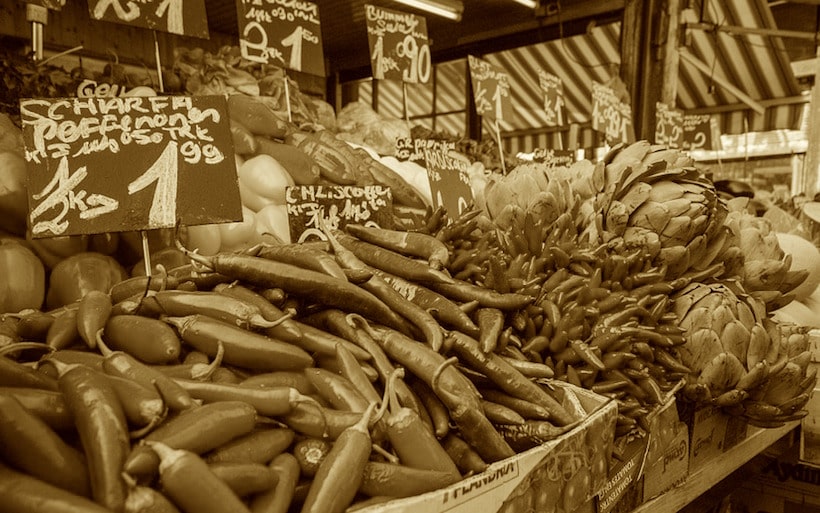 This large, colorful market is a must-see, with its dozens of stalls mostly selling fruit, vegetables, cheese, fish and meat. On Saturdays it’s also a flea market, offering everything from second-hand clothing to antiques. It’s a favorite meeting point for locals, as it also has several restaurants of a variety of world cuisines.
Tours: Naschmarkt tours
Locate it on the map: Naschmarkt 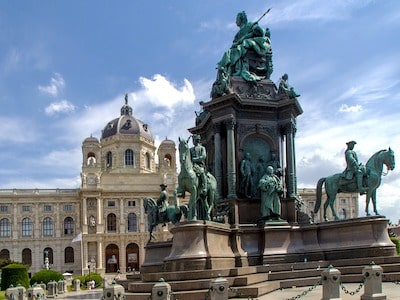