Gay travelers are worth close to 200 billion dollars to the world travel industry, and while that "pink money" usually stays in cities, many LGBT travelers also look for some time in the sun and nature. They want beaches that are welcoming to same-sex couples, and these are the ten best: 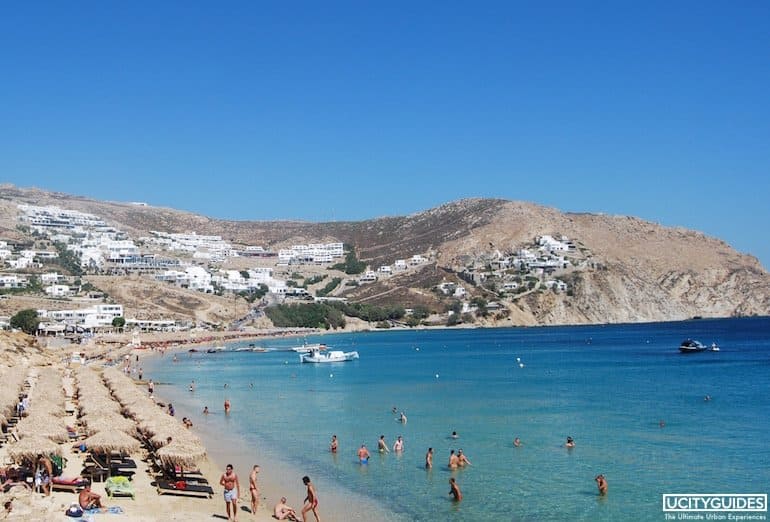 ...and Super Paradise and Panormos beaches. Any of these three are known for the biggest gay crowds, although Elia is currently the gayest one, now that Super Paradise has been discovered by straight couples. This is one of the gayest places on earth, attracting gay men from all over the world to its crystal-clear waters. The waterfront bars often turn into clubs on summer nights. In fact, all of Mykonos is one big gay island, with gay hotels and stylish design boutique hotels welcoming a significant number of gay couples every summer.
See the Elia Beach, Mykonos Guide 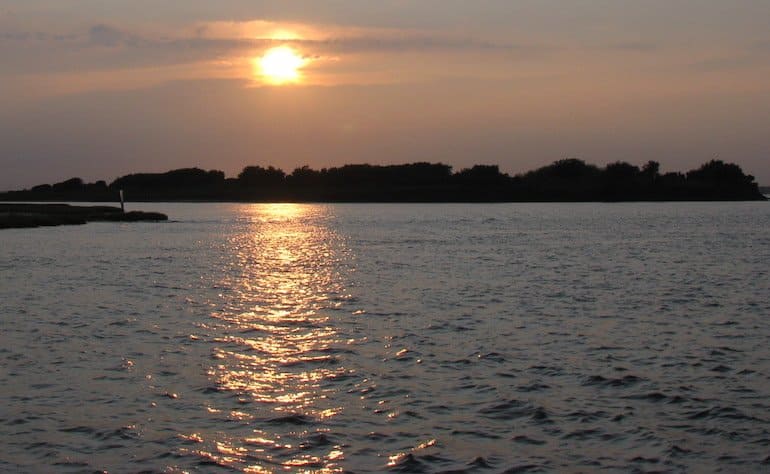 One of the most famous gay destinations in the world, Fire Island offers gay-friendly accommodation, shopping, events and nightlife. Pines Beach and Cherry Grove (where nudity is allowed) are the gayest beaches, especially on summer weekends. If you spend some time in Manhattan's gayborhoods, you'll recognize some of the faces and bodies here.

Sitges' beaches once seemed to be almost exclusively gay, but today they're a gay-straight mix, although gay men are clearly the majority during the warmer months. They're usually sunbathing at Playa de la Bassa Rodona, across from Hotel Calipolis. Those who prefer nude sunbathing head to Playa del Muerto or Playa de las Balmins. Sitges is just a 45-minute train ride from Barcelona, and is especially popular during Gay Carnival in February.
See the Gay Sitges Guide

Ibiza is one of the world's most popular destinations for sunbathing and partying, for everyone, regardless of sexual orientation. On the southern end of the island is Es Cavallet beach, where the gays go for some nude sunbathing.

The boys from Ipanema are tanned and toned. Home to some of the world's sexiest bodies, Rio de Janeiro has become a hot gay destination and home to a sizeable gay population. The gay section of Ipanema is to the east of Rua Farme de Amoedo, where party promoters often give out flyers to the muscle men, announcing the gay parties at clubs later on. The scenery is beautiful, but no one is really looking at the natural beauty.
See the Gay Rio de Janeiro Guide

Miami is a party destination for everyone, gay and straight. Naturally, some of America's biggest gay parties take place here, on South Beach. Before hitting the clubs at night, gay men work on their tans at 12th Street and Ocean Blvd, where rainbow flags are often seen at lifeguard stations. In Sunny Isles, North Miami, is Haulover Beach, for nude sunbathing.
See the Gay Miami Guide 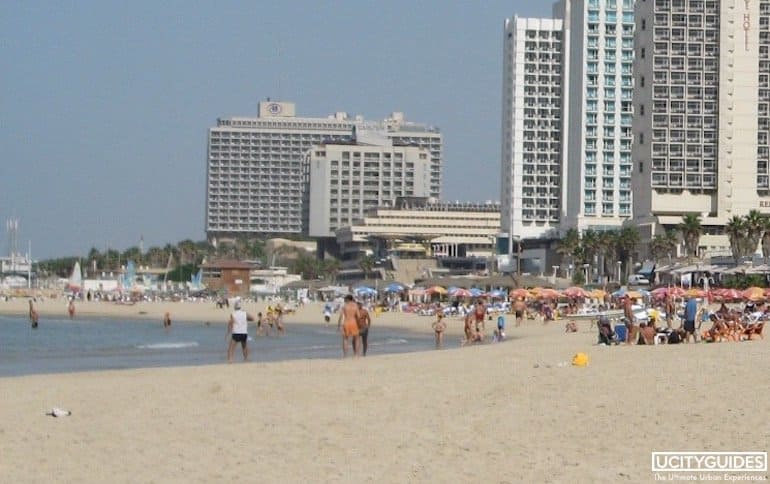 This surprisingly open-minded beach city has a spot where gay men have been swimming and sunbathing for years. It's the beach by the Hilton Hotel, although those who prefer to be clothes-free head to Gaash beach about 35 minutes north of the city. By the Hilton you may also find some gay parties on Saturday nights.
See the Gay Tel Aviv Guide

There are about half a dozen gay-friendly beaches in Sydney, some with secluded spots for nude sunbathing. The most popular for men in speedos is North Bondi just outside Sydney, with white sand and waters that are also great for surfing.

South of Lisbon is this nude beach that has become predominantly gay. It's huge, wild and sandy, attracting guys of all ages to the Atlantic and dunes behind it. The natural scenery has made many say this is the most beautiful gay beach in Europe, and it's quite a peaceful spot, always with enough space to spread your towel.
To know how to get there, check out this guide: Praia 19 - Gay Beach in Lisbon
See the Gay Lisbon Guide 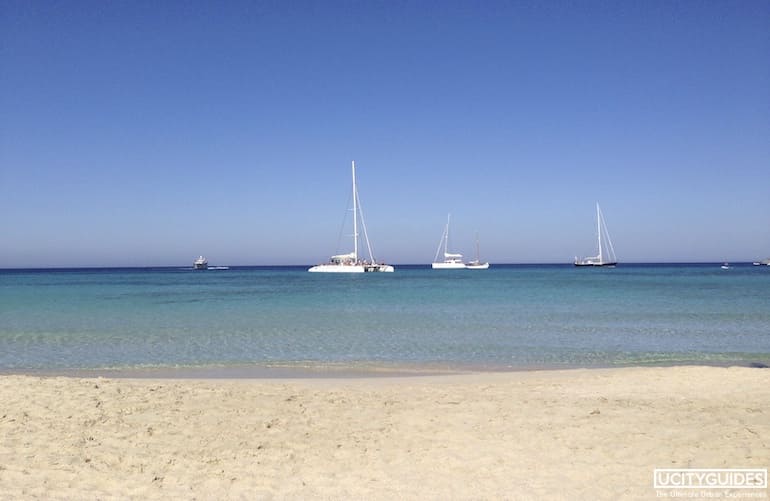 Formentera is the alternative to Ibiza, reached by boat from that famous party island. Popular as a nude sunbathing and swimming spot, Llevant is the gayest beach, a sandy and more peaceful section of the island, especially by the dunes.

NEXT: See the Top 10 Gay Cities in the World