The gay guide to Tel Aviv

Nowhere else in the Middle East will you find a more vibrant gay scene than in Tel Aviv. In fact, Israel is one of the world’s most progressive countries when it comes to gay or queer issues. A transgender singer represented the country in the Eurovision Song Contest in 1998 and took home the prize, bringing trans people into the Israeli mainstream. In 2007 it became possible for same-sex couples to get married, and anti-discrimination laws also ensure that gay citizens are better protected at the workplace or the army than in many European countries or the United States.
LGBT characters and issues are well represented on television and literature, contributing to a generally open-minded society. You'll even find a significant number of heterosexuals celebrating Gay Pride events, which include parades in Tel Aviv and Jerusalem. Jerusalem was also the host city of the World Pride events in 2006, with special conferences, tours, and parties.
In Tel Aviv, gay and gay-friendly establishments welcome locals and an increasing number of European visitors on a long weekend break. Its beaches are filled with young cosmopolitan crowds, and its fine restaurants and shops are friendly places for everyone. The unofficial gay beach is Hilton Beach, named after the hotel standing behind it, while between the Hilton and Sheraton beaches is Cheech Beach, which is where Saturday night gay parties take place.
If you're in the city in June you'll be able to take part in numerous gay pride activities, when thousands of both gay and non-gay people invade the bars of Nahalat Binyamin Street and the clubs of the old port. In fact, those areas are where you should head to at any time of the year, with gay nights taking place at least once a week at some of the city's major "straight" clubs. You can get information about them at any bar in the neighborhood, or choose one of the following spots:

A young crowd parties at these special nights, usually taking place every other week. Expect lots of pop and dance music by various DJs and live acts.
Website: www.popring.co.il

You'll find a number of out-of-towners at this sauna, as well as local men. It offers a jacuzzi, a steam room, private rooms, and a bar.
Website: www.saunaparadise.co.il 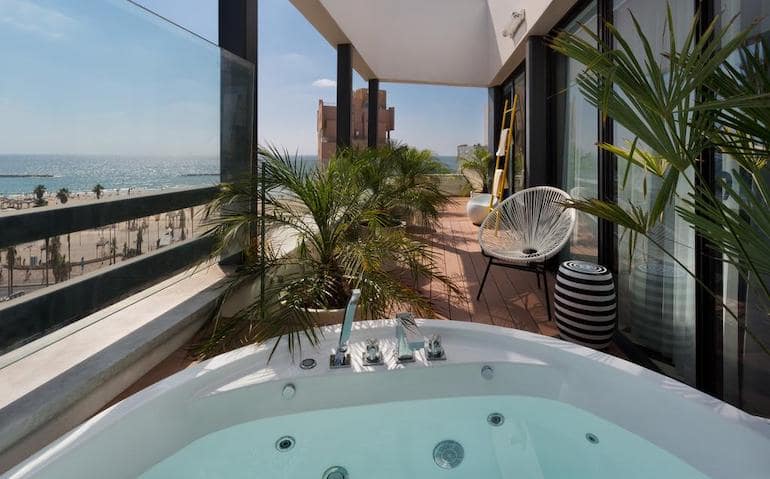 This gay-owned hotel is right by the beach. Most of the well-designed rooms and suites have balconies, and some have terraces with outdoor jacuzzis. There’s also a popular bar, a spa and fitness center.

Located close to gay bars, this gay-friendly boutique hotel features stylish rooms, a rooftop terrace with panoramic views of Tel Aviv, a gym and a spa with hot tub and a range of treatments. 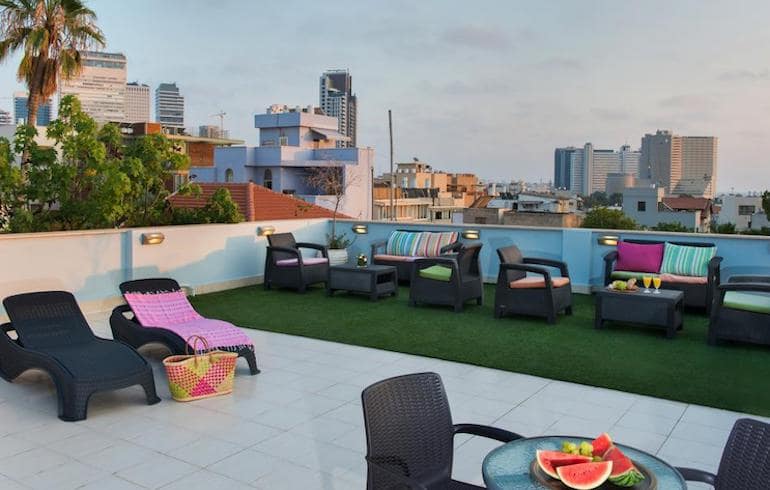 Budget travelers choose this hotel located five minutes from the beach. It offers a large rooftop terrace and small but comfortable rooms. 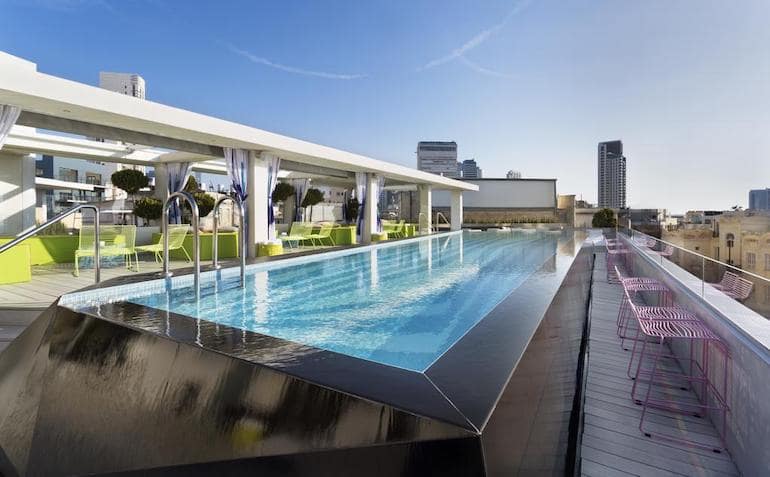 Designed by world-renowned designer Karim Rashid, this stylish boutique hotel is very gay-friendly and located by several bars and cafés. It has the best rooftop terrace in town, with an infinity pool and bar. The spa has an outdoor hot tub, and some of the rooms have a balcony. 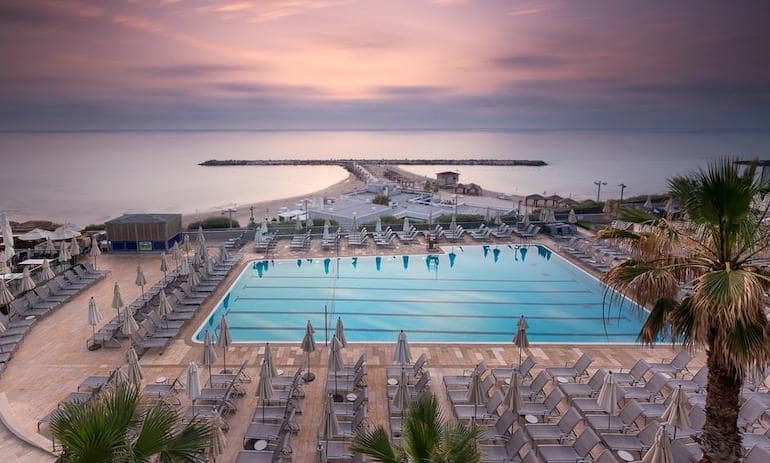 If you want to stay right on the “gay beach,” choose the Hilton, which offers rooms with beach views, a large outdoor pool, and a gym.

If you prefer an apartment, consider this gay-friendly property located in one of the city’s main streets. It’s made up of studios featuring a contemporary décor and there’s a shared rooftop terrace with sun loungers.

Look for the hotel or apartment that best matches your budget, type of trip or personality. You may guarantee your reservation but do NOT pay anything at the time of booking. Payments are only made at the property, and there are no booking fees. Most hotels and apartments allow cancellations with no penalty if done up to 24 or 48 hours in advance. You'll see that information at the time of booking and again in the confirmation email:
Search for Tel Aviv hotels or Tel Aviv apartments 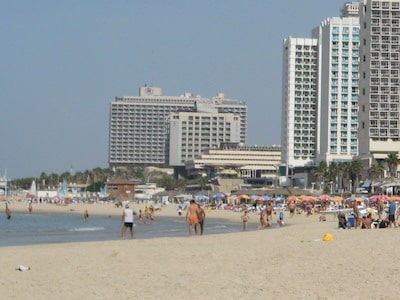 Join an organized tour or go on a day trip: