Top 10 Most Haunting and Famous Cemeteries in the World

Halloween, All Saints' Day, All Souls' Day -- from October 31st to November 2nd, much of the Western world celebrates the spirits and the dead. But on all other days of the year, the dearly departed are remembered in cemeteries all over the globe. Many of those are quite famous and popular tourist attractions. These are the ones you must visit: 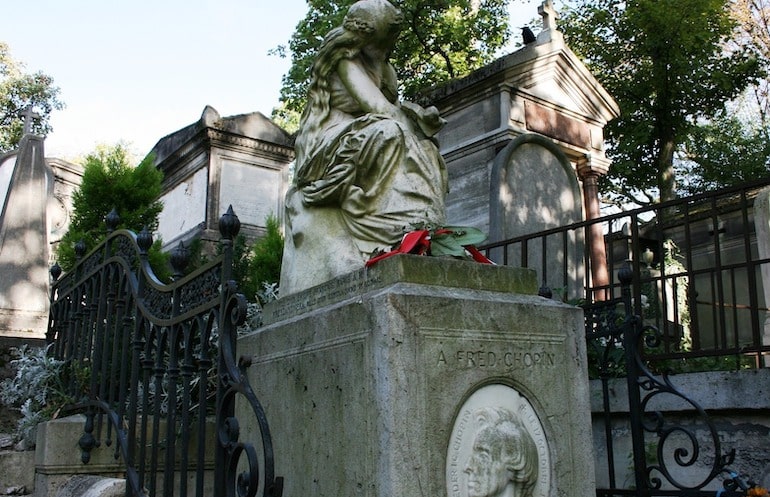 Perhaps the most visited cemetery in the world, this one is home to the graves of famous names like Edith Piaf, Oscar Wilde and Jim Morrison. It was the model for many cemeteries around the world, filled with trees, marble, and a sea of gravestones. The place is so big, visitors need a map, and there are also guided tours: Père-Lachaise Gravestone Walking Tour
See the Paris City Guide

Eva Peron's resting place draws countless visitors, but the cemetery itself is a monumental sight. There are giant marble statues and beautifully-carved mausoleums, holding the remains of Argentina's most prestigious personalities. You may visit it during a walking tour: Recoleta Walking Tour
See the Buenos Aires City Guide 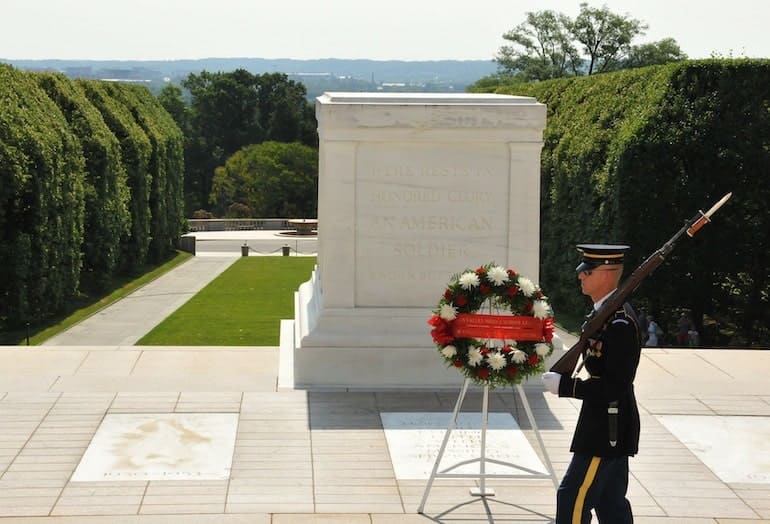 More than a cemetery, this is a memorial to American patriotism: over 360,000 American veterans rest in peace at this famous burial site. Covered with headstones, this cemetery is a lesson in American history, with most visitors heading straight to John F. Kennedy's grave. Not to be missed is the ceremonial changing of the guard at the Tomb of the Unknown Soldier every thirty minutes in the spring and summer, and every hour on the hour from October to March.
See the Washington DC City Guide

Beethoven, Schubert, Johann Strauss, and several other famous names are interred in Vienna's largest and most famous cemetery. In the center is a monumental church, and although this is a mostly Catholic cemetery, there are also Protestant, Russian Orthodox, and Jewish sections.
See the Vienna City Guide 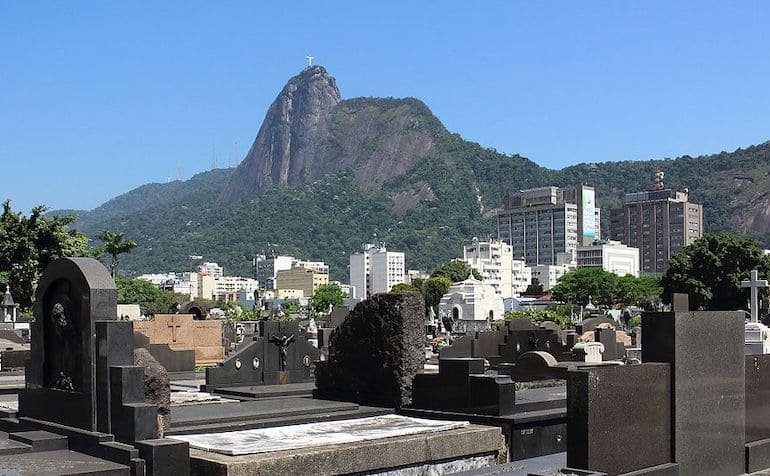 Carmen Miranda, Antonio Carlos Jobim (composer of "The Girl from Ipanema"), and aviation pioneer Alberto Santos-Dumont were laid to rest in this cemetery owned and operated by a Catholic charity founded by the Portuguese during colonial times. It's a place filled with tombs and mausoleums and, due to its famous personalities, it's known as "the cemetery of the stars."
See the Rio de Janeiro City Guide 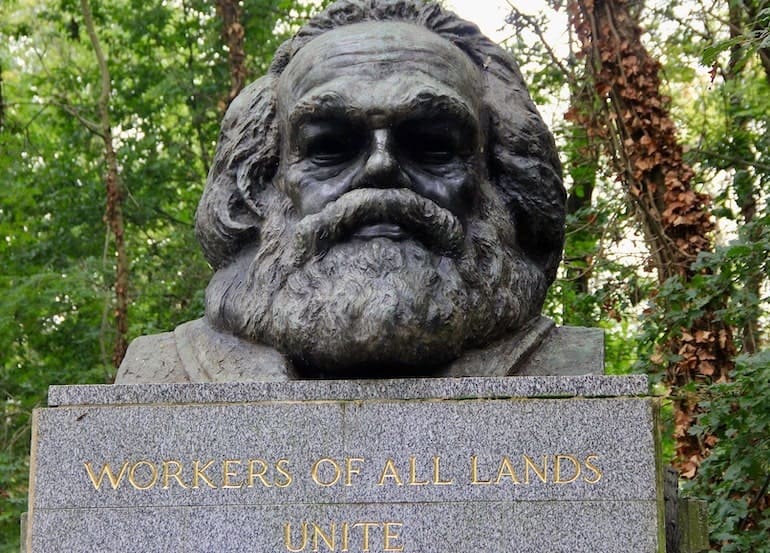 Karl Marx is just one of the names found on the many stones of this cemetery, but it's mostly known as a filming location for horror movies, including "Taste the Blood of Dracula" and "From Beyond the Grave." A tour takes visitors past decaying tombstones and shrubbery, for one of London's spookiest experiences.
See the London City Guide 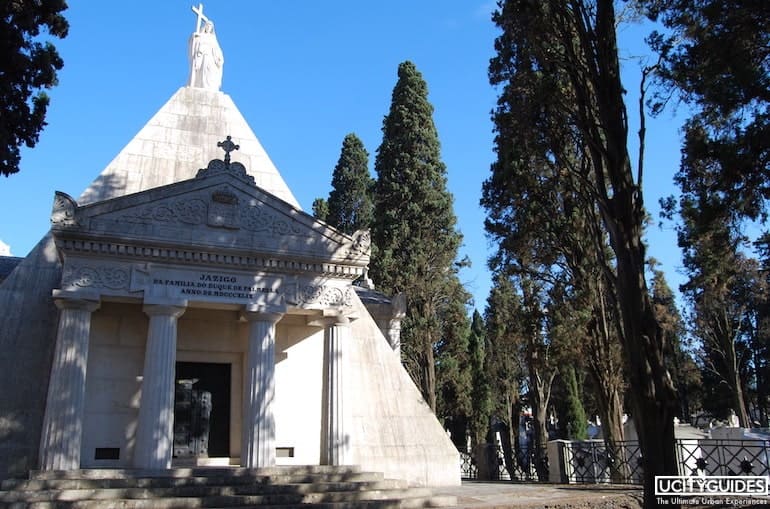 Many tourists end up visiting this cemetery because they discover it by accident. It's found at the end of the line of the popular "tourist tram" 28, and its monumental tombs draw attention (a huge pyramidal mausoleum belonging to Duke of Palmela is the largest in Europe). It has a strange name for a cemetery ("Pleasures"), but that's the name of the neighborhood where it's located. Found on a hilltop, it has some great views of the city's landmark 25 de Abril Bridge. The city's most famous grave, however, is found in the English Cemetery not very far away. That's the tomb of Henry Fielding, author of "Tom Jones," who died in Lisbon.
See the Lisbon City Guide 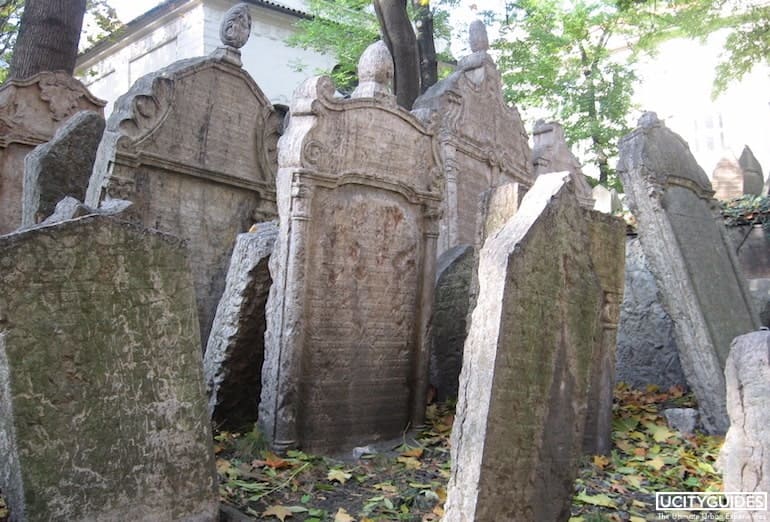 Unlike many other famous cemeteries, this one does not have the graves of well-known personalities. Instead, it's the 15th-century burial ground of 12,000 Jewish souls. It's one of Europe's most haunting sites, covered in old gravestones.
See the Prague City Guide 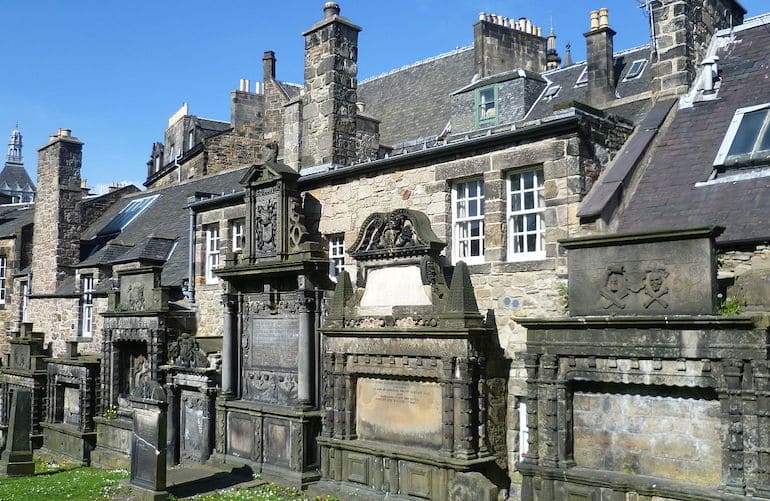 This graveyard next to a church in central Edinburgh is reputedly haunted. That may stem from the eerie feeling visitors get when they see the thousands of 17th-century graves with carvings of skeletons, and when they know that this is also the site of a 17th-century prison. A number of paranormal sightings were reported here in the 1990s. but it is now a tourist attraction. 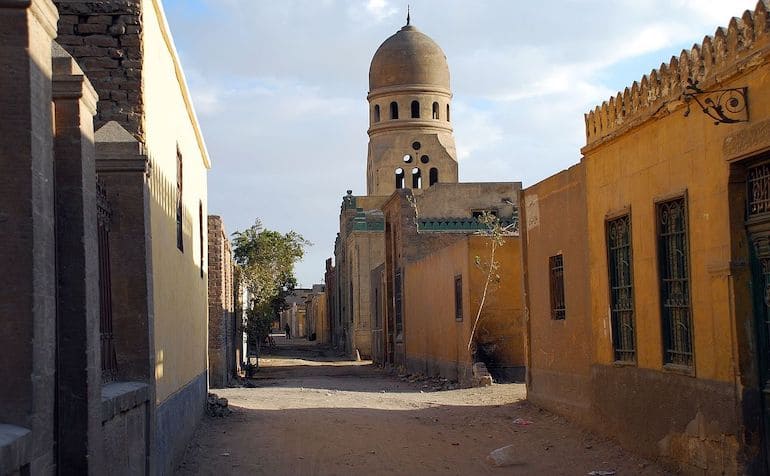 Cairo's City of the Dead is also the city of the living. Known simply as "al Qarafa" ("the cemetery"), it seems to have as many dead as living residents, as it is also home to the city's poorest population. The site has been a burial ground for over a millennium, but with homes and shops built next to mausoleums and gravestones. Local authorities don't like seeing it promoted as a tourist attraction, so while you won't be able to go in a large group on a bus tour, you can see it by yourself before this singular neighborhood becomes a thing of the past.
See the Cairo City Guide