The 10 Must-See Art Masterpieces of the World

The world's museums, churches, cathedrals, and even private homes, are filled with some extraordinary creations by some of the world's greatest minds and talents. Some date back hundreds and even thousands of years, and continue to fascinate and impress those who see them today. If you want to get up close to the most famous and most awe-inspiring masterpieces, here they are: 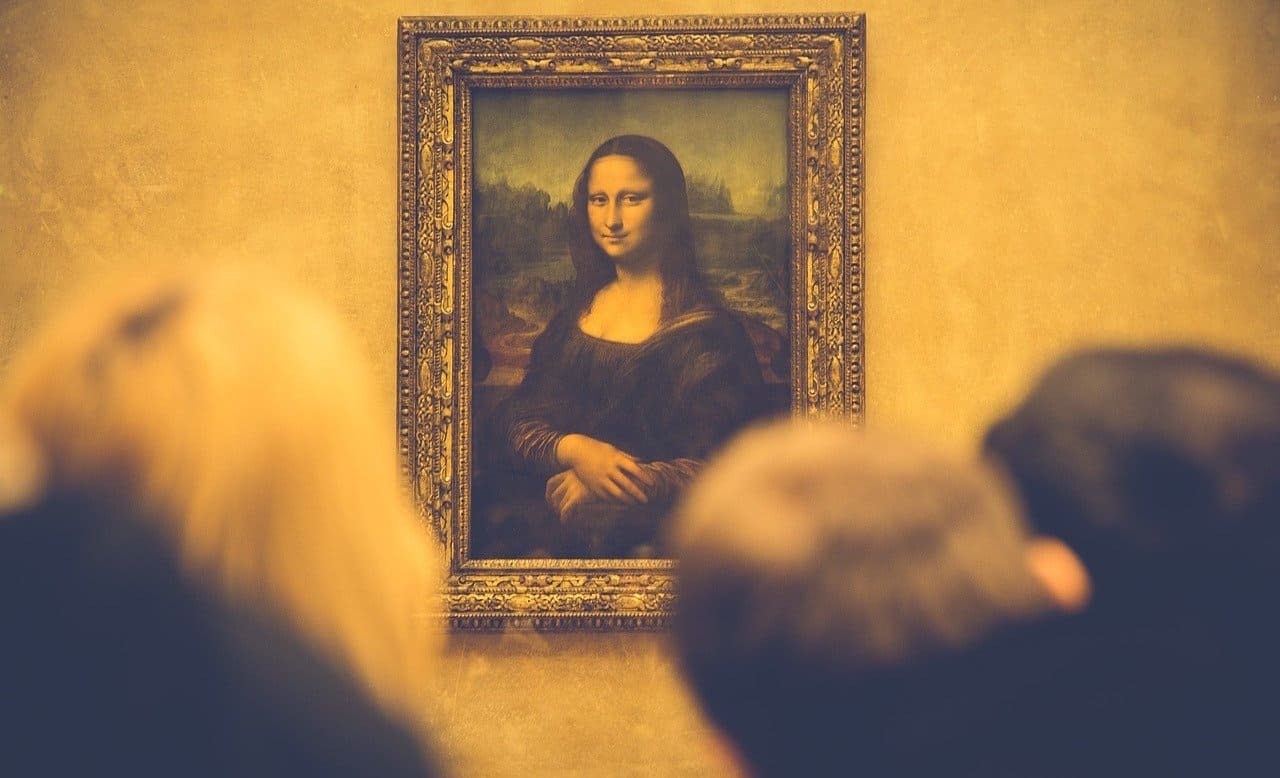 WHERE TO SEE IT: THE LOUVRE MUSEUM, PARIS
It's the masterpiece of all masterpieces, the most famous, most discussed and most enigmatic of all paintings. It's the portrait of a woman, said to be named Lisa Gherardini, painted by Leonardo da Vinci between 1503 and 1506. It's been on permanent display in Paris since 1797, except for a period of two years when it was stolen in 1911, before returning to the Louvre in 1913. The depicted smile has continuously captured the world's imagination ever since.
See the Paris City Guide

WHERE TO SEE IT: SANTA MARIA DELLE GRAZIE CONVENT, MILAN
Da Vinci's other masterpiece depicts one of the Bible's most famous scenes. Unlike most other great works of art, it's not in a museum, but covering a wall of a convent in Milan, with limited access to visitors. Painted between 1494 and 1498, it's been speculated that one of the twelve apostles seen at the table with Jesus Christ is actually a woman, Mary Magdalene. That played a central role in the best-selling fiction novel "The Da Vinci Code" by Dan Brown.
See the Milan City Guide 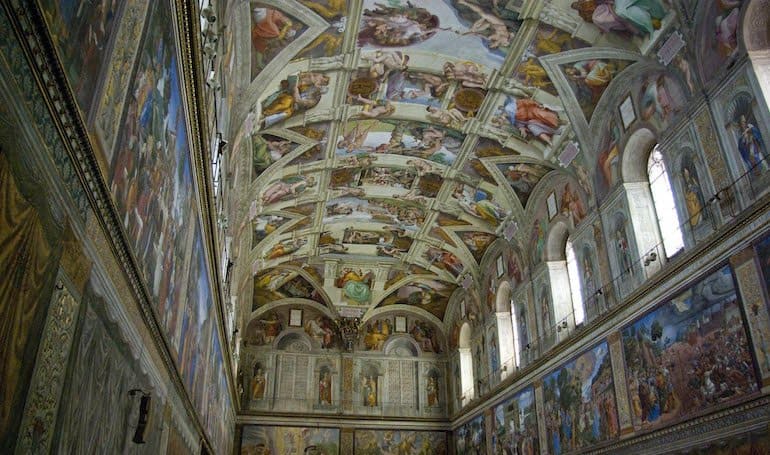 WHERE TO SEE IT: APOSTOLIC PALACE, ROME/VATICAN CITY
The world's most famous fresco covers the ceiling of the Sistine Chapel in the Vatican Museum. Michelangelo took four years to paint the scene from the Old Testament of God creating Adam, and the iconic image of their hands touching has been reproduced countless times.
See the Rome City Guide 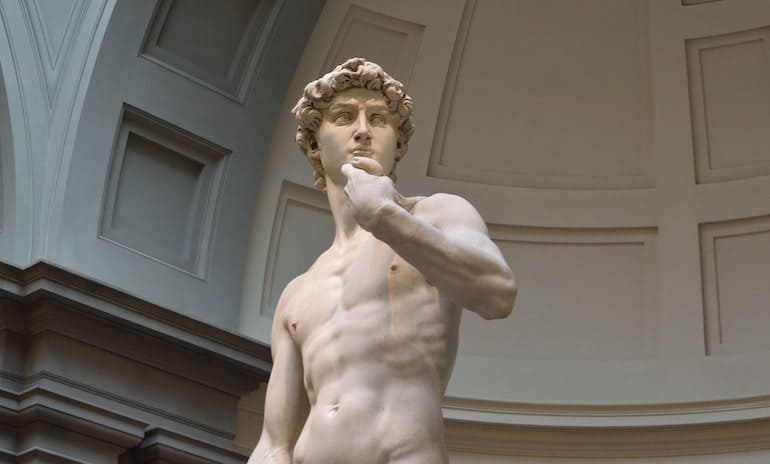 WHERE TO SEE IT: ACCADEMIA GALLERY, FLORENCE
This is perhaps the greatest masterpiece of Renaissance sculpture. Michelangelo created it between 1501 and 1504 out of marble, representing the nude body of Biblical hero David. Measuring 5.17 meters (17 ft), it stood in Florence's main square but is now in the city's Accademia Gallery to protect it from damage. A replica has replaced it at the original location.
See the Florence City Guide 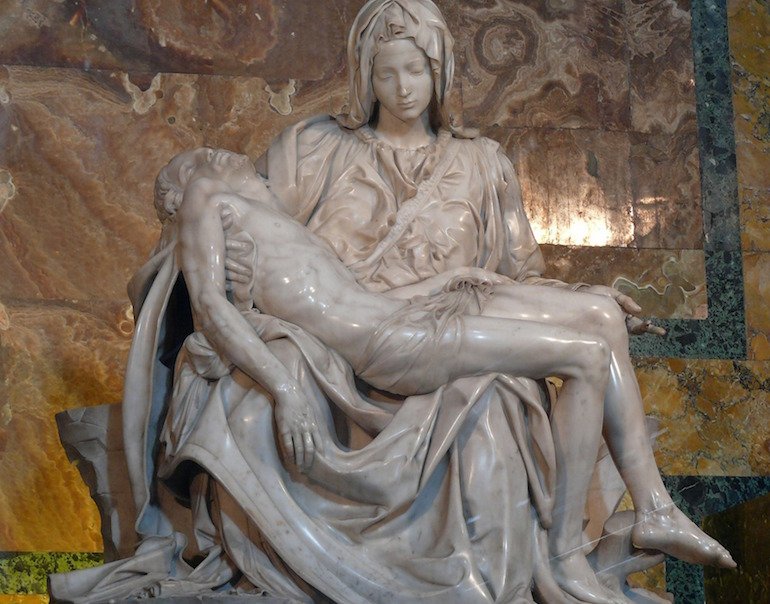 WHERE TO SEE IT: ST. PETER'S BASILICA, ROME
Michelangelo was just 25 years-old when he presented this life-sized sculpture of the Virgin Mary holdings Jesus Christ in Rome's St. Peter's Basilica, in 1500. He had observed dead bodies as a teenager, and that may explain the realism in this dead Christ that other sculptors never achieved. Also remarkable is the fact that it was all sculpted from one single block of marble.
See the Rome City Guide

WHERE TO SEE IT: REINA SOFIA MUSEUM, MADRID
Picasso's most famous work dates from 1937 and presents the tragedy of war in an effort to draw attention to the bombing of Guernica (a Basque town) by the Germans. It's an enormous painting, measuring over 3 meters (11 ft).
See the Madrid City Guide 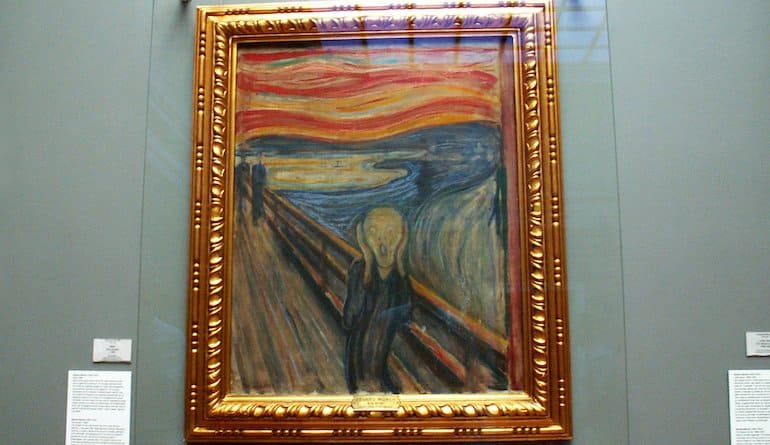 WHERE TO SEE IT: NATIONAL GALLERY, OSLO
This is part of a series of expressionist paintings by Edvard Munch. The background is a landscape in Norway, and depicts a screaming figure symbolizing the anguishes of modern life. There are four versions, painted between 1893 and 1910. Two of them are now in Oslo's National Gallery, while another is in the same city's Munch Museum. The fourth was sold in 2012 for close to 120 million dollars. The oldest version (from 1893) is in the National Gallery, and was stolen in 1994 but recovered months later. Another version was stolen in 2004 from the Munch Museum, and recovered in 2006. 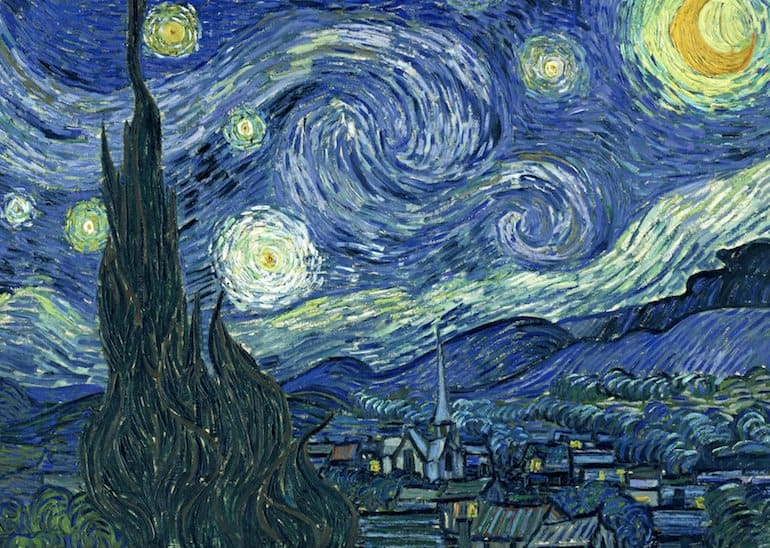 WHERE TO SEE IT: MUSEUM OF MODERN ART, NEW YORK
Van Gogh's most famous painting shows the village of Saint-Rémy and is considered his greatest masterpiece. The view is that of his asylum's bedroom window, and was painted from memory in 1889. It's been in New York since 1941.
See the New York City Guide 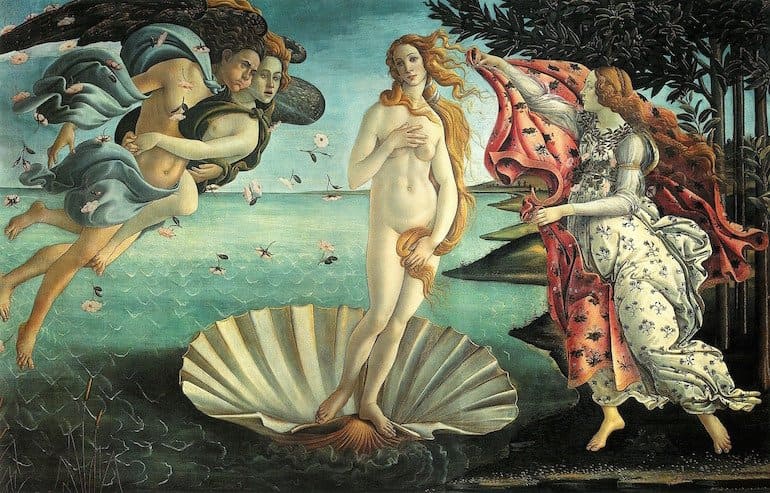 WHERE TO SEE IT: UFFIZI GALLERY, FLORENCE
Painted by Botticelli between 1485 and 1487, this is the goddess Venus being born, emerging from the sea. No one really knows where it was first displayed, but it was commissioned by the Medici family in Florence. It's become one of the most reproduced images of all time.
See the Florence City Guide 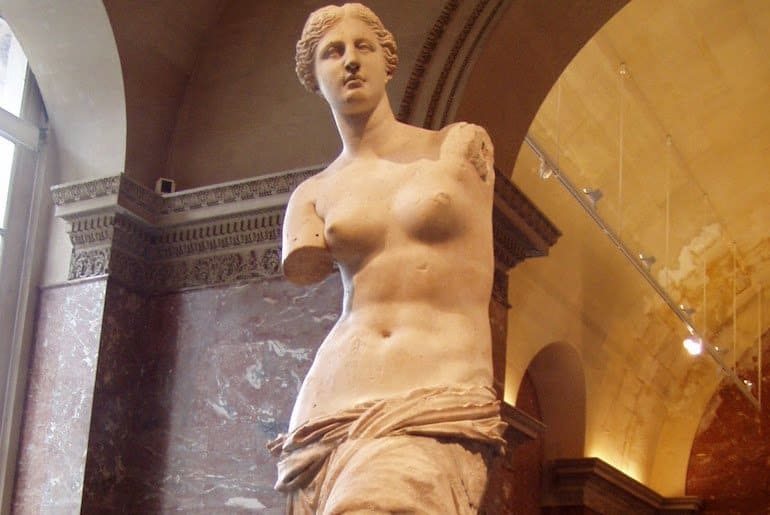 WHERE TO SEE IT: LOUVRE MUSEUM, PARIS
This sculpture has survived for over 2100 years, with the exception of the original arms. It dates all the way back to between 100 and 130 B.C., and depicts Aphrodite (or Venus to the Romans), the Greek goddess of love and beauty. Made of marble, it is slightly larger than life size, and is one of the most famous ancient Greek sculptures. It was discovered in a farmer's field in the Greek island of Milos in 1820, and soon acquired by France.
See the Paris City Guide